Tyranny Has Come to America 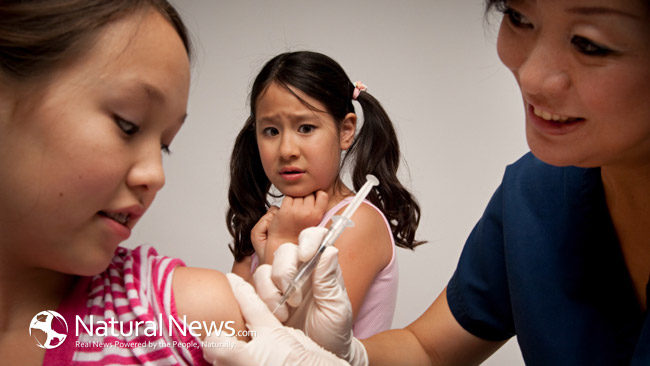 The Imposition of Vaccination is the End of Freedom
Recently my wife and I brought our child to the doctor’s for her annual check up. We chose the particular office a few years back because they had a reputation for not forcing the isssue of vaccination. This time was different.

The doctor, who had seemed strangely pleased upon reading the paperwork and seeing how many shots my child ‘needed’ to be caught up on, suddenly became bitter and adopted a countenance not unlike that which develops upon chewing a lemon, when we informed her that my child would not be recieving any shots.

We were told in no uncertain terms that we would have to be seeking a doctor elsewhere if that were the case because as of April of this year they would no longer be taking no for an answer. Apparently beginning in April anyone who chooses to bring their child to their offices will be forced into having them inoculated. As a brief aside, shortly thereafter we were subjected to a rather invasive round of questioning by the doctor. Among the questions asked was ‘Are there any guns in the house?’ I could hardly think of how this was any business of a pediatrician’s office and wondered out loud at what point are we going to pump the brakes on the State’s prying into our personal lives?

But getting back to the issue at hand.

When it comes to the contentious issue of vaccines so much argument could just be avoided if we as a nation truly valued freedom; Freedom of choice and freedom of conscience, as distinct from the simulacrum of freedom that the Fox News addicts espouse as they flag wave themselves ever deeper into a jingoistic stupor.

Vaccines are there and anyone who chooses to subject themselves or their children to them well fine, that is their choice. But where I draw the line is forcing them on everybody. Isn’t forced medication an issue we took the Nazis to task for? How hypocritical is it for the leaders of the ‘Free World’ to condemn the Nazis for it even as they load up our water supplies with fluoride and remove exemptions for vaccines! Let’s face it, children have adverse reactions to all kinds of different things. There is without question a percentage of the population who will be harmed by vaccines just as there is with something as natural and seemingly innocuous as bee stings. How can a parent ever live it down if they allow their child to be harmed in such a way and was never even given a damn choice about it!

Tyranny Has Come to America!

How have we gotten to this state of insanity where if you walk into a doctor’s office and politely refuse to have your child forcibly medicated (something we are ostensibly protected against by the Nuremberg Code) you are treated far worse than if you were to swagger in there proclaiming that your son is really a girl and in need of radical hormone treatments to drastically alter his natural bodily functions! We are the inhabitants of a madhouse! Observe the double mind inherent in our people. In my experience I have noticed that many of the same radicalized feminists who bleat on and on about ‘Keep your laws off of my body’ when it comes to abortion are the same ones who double-mindedly want to force each and every kid to submit to vaccination. Where inversion and double-mindedness exist, there you will find the devil. Americans live their lives to the smell of sulfur.