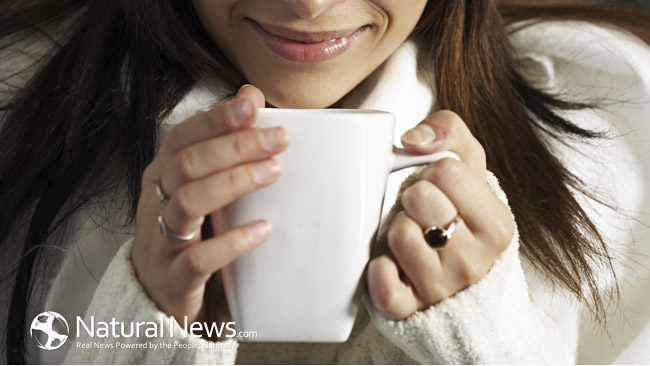 Especially if you live in a cool climate, the short days, lack of sunlight and bleak or cold weather can really take its toll on your body, especially in the mid-winter months of January and February. People at this time can suffer from the mid-winter blues or sleeping issues, either one of which can make you feel pretty miserable. One way to help fight these problems naturally, however, is regularly consuming a warm drink called turmeric tea. Below is more information about why turmeric is so excellent for the wintertime blahs.

Turmeric as an Antidepressant

Feeling a little glum as winter draws on happens to a lot of people. So how can this pungent, golden spice help you through it? The active ingredient in turmeric is a compound known as curcumin. Writing about all the things that this antioxidant can do would talk all day, but among its many other benefits, curcumin helps stimulate the body to produce more dopamine and serotonin. Both of these chemicals are natural mood enhancers. Turmeric’s use for the purpose of fighting off the blues has been backed up by modern science. At Baylor University, a study of curcumin showed that those who took 1,000mg daily received the same benefits in regard to mood boosting that they would receive from a traditional anti-depressant.

Turmeric as a Sedative

It will probably come as little surprise to people when they find out that turmeric has been used in the Ayurvedic and other traditional Eastern medical practice for a long time now. One of the ways in which it is used is at nighttime, to promote healthy, restful sleep. This spice, among its many other benefits, is able to calm the nerves at the end of the day and its natural sedative properties make it easier to get the full eight hours of rest that most people require for optimal health.

How to Make the Tea

Now that you know that turmeric tea can help fight both the depression and sleep disturbances that can come in the long, dark winter months, you are probably wondering how to whip this drink up. Below is the simple recipe that you can make right at home without having to go out and buy any pricy ingredients.

Heat almond milk on stovetop in small pan. When milk has warmed, as the spices gradually, whisking them in gently, and pour into a cup or mug and sweeten with honey to taste.

As you can see, this drink is absurdly simple to make and it really can go a long way to helping you get through the cold, short days of the winter with adequate sleep and an overall sense of calm and well-being.