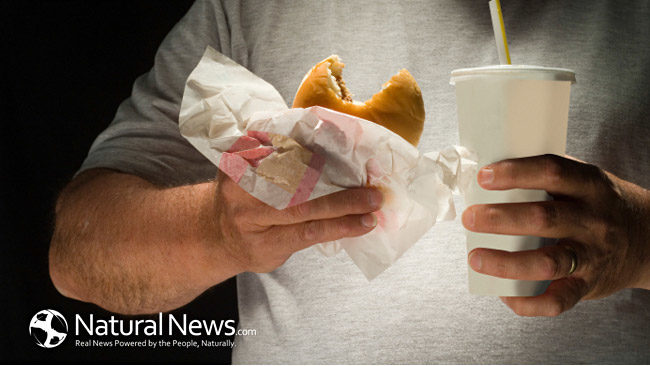 Scientists have found that fast food wrappers used to contain grease and oil leach a plethora of chemicals known to be toxic to humans into the food it’s used to contain.

The majority of these wrappers are made with PAPS—polyfuoroalkyl phosphate eaters.  While a 2007 study found these chemicals to be toxic, as they cause tumor growth in animal testing, this more recent study found that these chemicals leach into the food and liquid they’re designed to cover and contain, in a way similar to the manner in which BPA leaches out of plastic.  This finding was reflected in examined blood samples that showed measurable and “significant” levels of PAPs, as explained by lead researcher Dr. Scott Mabury.

“In this study we clearly demonstrate that the current use of PAPs in food contact applications does result in human exposure to PFCAs, including PFOA….We found the concentrations of PFOA from PAP metabolism to be significant and concluded that the metabolism of PAPs could be a major source of human exposure to PFOA, as well as other PFCAs.”

Among other harms, PAPs have been shown to cause hormonal disruptions, cholesterol problems, developmental disorders, and premature death in mice and rats.  However, such information regarding the toxicology of PAPs is still relatively unknown, as the first study to confirm its negative effects was done as recently as 2007.  With more media-attention, this issue may become well-known enough to instigate some change, as BPA-awareness has done.