Treat Your Constipation Naturally with These Fiber-Rich Whole Foods 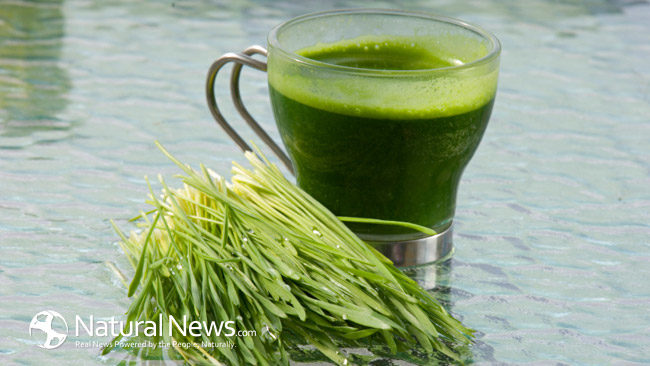 Dietary fiber is an essential nutrient that is best-known for helping our bodies to normalize bowel movements by sweeping the intestines of accumulated matter. However, fiber also has numerous other uses in the body. It binds itself to cancer-causing toxins in the colon, helps to stabilize blood glucose levels by absorbing sugar, and even helps to reduce total cholesterol by encouraging the liver to make more bile salts. Consequently, it is important that we eat enough fiber on a daily basis to remain healthy.

Unfortunately, the advent of processed foods – which contain little to no real fiber – has made fiber deficiencies far more common than they should be. In fact, according to the American Dietetic Association, the average American consumes just 15 grams of fiber per day, which is far less than the recommended daily intake (RDI) of 25 grams. Fortunately, preventing or correcting a fiber deficiency (and its related symptoms, such as constipation) is simply a case of eating more fiber-rich whole foods.

The Best Natural Sources of Fiber

Wheat bran – Few foods are able to match wheat bran in terms of fiber concentrations. Just one ounce of this natural cereal fiber, which is considered the “gold standard” in promoting regularity, contains a gigantic 12 grams of fiber – almost 50 percent of our RDI. Wheat bran is also rich in iron, magnesium, phosphorus, manganese, selenium, and numerous other important nutrients. Unfortunately, wheat bran might not be suitable for a lot of people due to its gluten content. If you’re sensitive to gluten or want to avoid wheat products, it’s best to skip this food.

Chia seeds – Trailing closely behind wheat bran are chia seeds, the oval-shaped, neutral-tasting seeds of the South American chia plant. One ounce of these nutritious seeds, which were prized by the Aztecs for their medicinal value, contains 11 grams of fiber, or 42 percent of our RDI. The best way to consume chia seeds is to let one or two tablespoons of them soak in a small glass of purified water overnight. In the morning, the seeds will have formed a mucilaginous gel (like flaxseeds, chia seeds are hydrophilic and can absorb 9 to 12 times their weight in water). Drinking this chia gel upon awakening, ideally before food, is a great way to flush out your intestines and hydrate your body after the nighttime drought.

Seaweed – Though its nutritiousness depends on the quality of the environment in which it grows, seaweed almost always contains more fiber than most land-based vegetables. Just one ounce of dried kombu, for instance, supplies us with nine grams of it – equal to 37 percent of our RDI. Seaweed is also rich in protein and essential trace minerals such as iodine. Since Fukushima, however, it’s best to avoid seaweed grown in the Pacific Ocean for obvious reasons; stick to North Atlantic seaweed instead.

Wheatgrass – Few foods are as nutrient-dense as wheatgrass, a gluten-free superfood made from the young shoots of the wheat plant. One ounce of it not only contains some of the world’s highest concentrations of vitamin E, vitamin K, zinc, manganese, and the B vitamins, but also eight grams of fiber (32 percent of our RDI). This is one of the reasons why several studies, notably the study published in the Scandinavian Journal of Gastroenterology in 2002, found that long-term consumption of wheatgrass can help treat aggressive digestive conditions like ulcerative colitis.

Berries – All fruits contain at least some fiber, but berries seem to contain the highest concentrations. Just one ounce of raspberries or blackberries, for instance, contains around two grams of fiber, while more exotic berries like acai berries and aronia berries often contain more. If you’re interested in doubling the berries’ laxative qualities, eat them with yogurt (ideally organic and sourced from raw milk).

Leafy green vegetables – Like fruits, most vegetables are good sources of fiber, but it’s hard to beat the fiber concentrations of leafy green vegetables such as Brussels sprouts, kale, broccoli, spinach, and cauliflower. One ounce of each contains between one and three grams of fiber, which is between 5 and 15 percent of our RDI. To put this measurement in perspective, one ounce is the equivalent of one large Brussels sprout. Therefore, if you eat four cooked sprouts with a meal, you’re already approaching half of your day’s recommended intake.

Legumes – Legumes such as garden peas, lentils, and beans (especially black beans and lima beans) contain similar fiber concentrations to leafy greens, and are well-known for treating constipation. They’re also one of the plant world’s finest sources of protein and are rich in cancer-fighting antioxidant compounds. The more colorful the legume, the more antioxidants it’s likely to contain.

Other great sources of dietary fiber, but not quite as good as those listed above, include: Oatmeal, artichokes, avocados, chlorella, pearled barley, corn, popcorn, and nuts. Generally speaking, though, most natural foods contain at least some fiber, which is why a simple improvement in diet can treat most constipation issues.