Treat Anemia and Boost Your Blood with These Iron-Rich Superfoods 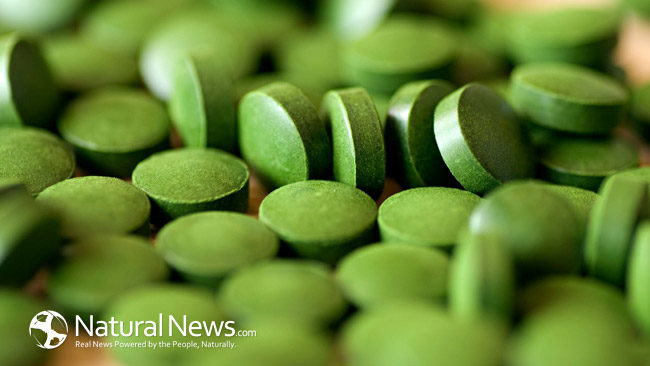 The important trace mineral, iron, performs a large number of roles in our bodies. It helps form hemoglobin in our red blood cells, boosts our immunity, maintains brain and endocrine function, and more. In fact, iron plays a small role in most biological functions, and no living organism can survive without it. Despite widespread understanding of its importance, however, iron remains the most common nutritional deficiency in the United States and the nation’s leading cause of anemia. Most of these deficiencies stem from poor diet, though heavy blood loss (e.g. through menstruation) can also be a contributing factor.

Fortunately, it’s quite easy to both prevent and treat an iron deficiency through a regular consumption of iron-rich whole foods. Superfoods tend to be especially high in iron, though plenty of regular foods also contain it in “maintenance” doses.

Chlorella – Chlorella is one of the most nutrient-dense foods in the world. A one ounce serving of this single-celled green algae supplies us with a whopping 36.4 milligrams of iron, or 202 percent of our recommended daily intake (RDI). Interestingly, the same amount of spirulina – another algae to which chlorella is regularly paired – contains a considerably lower 8 milligrams of iron, though it exceeds chlorella in other areas. For this reason, many nutrition experts recommended consuming chlorella and spirulina together to maximize nutrient intake. Doing so will remove practically any nutrient deficiency people suffer from today, including iron.

Wheatgrass – Wheatgrass is a gluten-free food made from the young shoots of the wheat plant. Though it is best-known for its incredible concentration of the potent blood cleanser and builder chlorophyll, wheatgrass is also rich in another blood-boosting nutrient: iron. Specifically, one ounce of wheatgrass contains 64 milligrams of iron, or 356 percent of our RDI. Wheatgrass also contains incomparable levels of other nutrients such as vitamin A, manganese, and all the B vitamins except folate and B12.

Goji berries – Most berries contain at least some iron, but goji berries seem to excel in it. According to Paul Gross in his report The Top 20 Superfruits, a mere quarter-cup of these red, tangy berries provide us with 100 percent of our RDI of iron – all the iron we need for the day. Of course, goji berries don’t stop there: they’re also bursting with polysaccharides, zinc, fiber, and countless cancer-fighting and vision-boosting antioxidants. No wonder they’re held in the highest regard by the practitioners of Chinese medicine, who nickname them “red diamonds.”

Blackstrap molasses – Blackstrap molasses is a thick, dark molasses derived from the sugar cane plant, whose roots tap into the deepest (and most mineral-rich) parts of the soil. Consequently, it boasts a nutrient profile that few fruits and vegetables can match. Two tablespoons of blackstrap, for instance, contain 13.2 percent of our RDI of iron, as well as similarly large amounts of calcium, magnesium, and selenium. Blackstrap can either be consumed alone as a nutrient supplement or used as a healthy sugar substitute in baking.

The following foods are not as rich in iron as the superfoods listed above, but they’re easier to obtain and incorporate into meals:

Dark leafy greens – Spinach and Swiss chard are the most iron-rich leafy greens, though you can also find a lot of it in kale and broccoli.

Mollusks – Mollusks such as clams, mussels, and oysters are the most iron-rich of all sea creatures. For obvious reasons, it’s best to avoid seafood sourced from the Pacific Ocean.

Red meat – Red meat like beef and mutton is well-known for being high in heme iron, a form of iron that is absorbed and utilized more efficiently than that found in plant foods. Unlike plant foods, however, it’s not a good idea for most people to eat meat regularly. When it comes to meat, sticking to organic and grass-fed animals is absolutely essential if you want to maintain good health.