Traditional and Alternative Solutions for Your Child’s ADHD 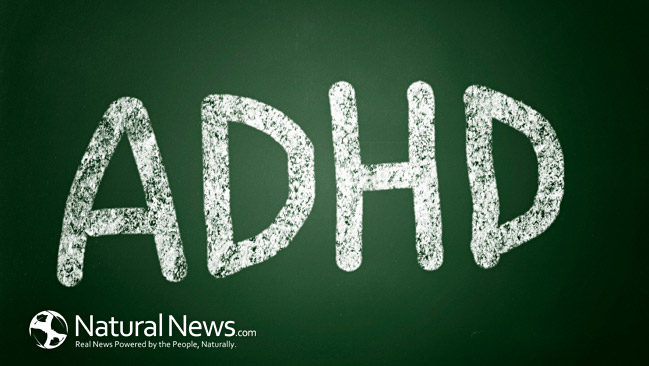 According to the CDC, it is normal for children to have trouble focusing and behaving at one time or another. Children with ADHD (Attention-Deficit/Hyperactivity Disorder) may have trouble paying attention, controlling impulsive behaviors, or be overly active. In Florida, 11.1-13% of youth aged 4-17 were diagnosed with ADHD in 2011. If you think your child may have ADHD look for the following symptoms which cause difficulty at school or at home or with friends:

-forget or lose things a lot

-have a hard time resisting temptation

-have difficulty getting along with others (CDC, 2015).

Some people believe ADHD is over diagnosed; others argue there is a perceived over diagnosis (Sciutto et al). In one study they found “that over diagnosis of ADHD occurs in clinical routine and that the patient’s gender influences diagnosis considerably,” (Bruchmuller et al). In the study, therapists were given case scenarios.  There was one type of case that met all criteria for an ADHD diagnosis and 3 that fulfilled some but not all criteria. It was found that 16.7% of therapists diagnosed ADHD in non ADHD case scenarios. The case scenarios were also assigned gender and researchers found boys were twice more likely to get diagnosed than girls.

Some additional environmental factors are food additives/diet, lead contamination, cigarette and alcohol exposure (Banerjee et al). Those with ADHD also have likelihood for comorbidity with conduct, mood, and anxiety disorders. There are also familial risk factors like higher risk for attention deficit hyperactivity disorder, antisocial disorders, major depressive disorder, substance dependence, and anxiety disorders in those with family members with ADHD. (Biederman et al). “Family studies have identified a 2- to 8-fold increase in the risk for ADHD in parents and siblings of children with ADHD,” (Banerjee et al). There is no single test to diagnose ADHD.  One step of the process involves having a medical exam in addition to hearing and vision tests to rule out other problems with symptoms like ADHD.

In most cases ADHD is best treated with a combination of stimulant medication and behavior therapy (Fernandez de la Cruz et al). Some of the most commonly prescribed medications are methylphenidate, dextroamphetamine and amphetamine, dextroamphetamine, lisdexamfetamine dimesylate, and dexmethylphenidate (Rodriguez, 2015). If you or your doctor has concerns about ADHD, you can take your child to a specialist like a child psychologist or developmental pediatrician.  You can also contact your local early intervention agency for children under 3 or public school for children 3 and older.

Alternative treatments to traditional medication also exist.  Some doctors recommend omega 3 fatty acids, zinc, L-carnitine and vitamin B6 and magnesium. It was found that the inattentive subtype ADHD responded well to omega 3/6 supplementation.  In a study, they administered omega 3/6 supplements to 75 children and adolescents and performed a randomized placebo-control trial for 3 months. Then, all subjects received omega 3/6 supplements for the following 3 months.  It was discovered that at the 3 month mark, a subgroup of 26% responded with more than 25% reduction of ADHD symptoms. After 6 months, 47% of all showed such improvement. The inattentive subtype that responded well to omega- 3 treatments also had neurodevelopmental comorbidities (Johnson et al).

In one study they concluded, “Treatment with carnitine significantly decreased the attention problems and aggressive behavior in boys with ADHD,” (Oudheusden). In this study, a randomized, double-blind, placebo-controlled double-crossover trial, 24 boys were given carnitine.  Their home behaviors were measured by Child Behavior Check List (CBCL). The CBCL is a standard used to measure ADHD. Thirteen of the boys showed improvement at home.  They behavior was also measured at school by the Conners teacher-rating score and it revealed that 13 of the students showed improvement. In another study, administration of Acetyl-L Carnitine helped treat some teacher-rated inattentive symptoms over placebo in the inattentive type ADHD.  However, in the combined type ADHD, placebo showed treatment superior to that of Acetyl-L Carnitine (Arnold et al).

Some doctors conjecture a magnesium deficiency is associated with ADHD. In one study, 40 children with symptoms of ADHD were given both magnesium and vitamin B and followed clinically and biologically. Symptoms of ADHD like hyperactivity, hyperemotivity, aggressiveness, lack of attention at school) were measured at different periods in time. Also, red blood cell levels of magnesium were measured. To start, ADHD children showed significantly lower magnesium levels than control children, of which there were 36. They found “In almost all cases of ADHD, Mg-B6 regimen for at least two months significantly modified the clinical symptoms of the disease: namely, hyperactivity and hyperemotivity/aggressiveness were reduced, school attention was improved.” Also, the magnesium/vitamin B6 regimen led to a significant increase in blood magnesium levels (Mousain-Bosc et al).

Shahin Akhondzadeh, Mohammad-Reza Mohammadi, and Mojgan Khademi. Zinc sulfate as an adjunct to methylphenidate for the treatment of attention deficit hyperactivity disorder in children: A double blind and randomized trial. BMC Psychiatry 2004, 4:9

Mark J. Sciutto, PhD, Miriam Eisenberg. Evaluating the Evidence For and Against the Overdiagnosis of ADHD. Journal of Attention Disorders September 2007 vol. 11 no. 2 106-113

Bruchmüller, Katrin; Margraf, Jürgen; Schneider, Silvia. Is ADHD diagnosed in accord with diagnostic criteria? Overdiagnosis and influence of client gender on diagnosis. Journal of Consulting and Clinical Psychology, Vol 80(1), Feb 2012, 128-138