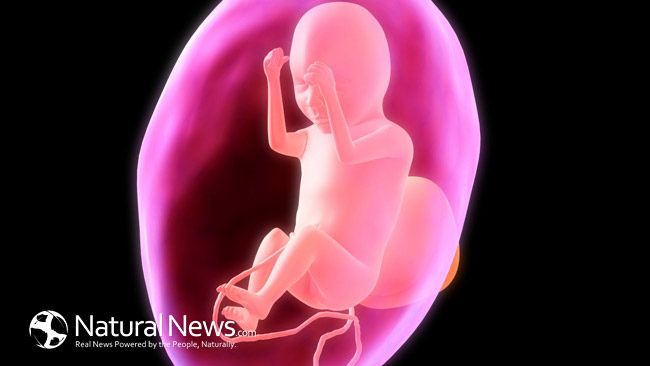 Medical researchers at the University of Sherbrooke Hospital Centre in Quebec found that toxic pesticides used on genetically modified crops and animal feed entered and remained in the bodies of pregnant women and fed into their unborn babies through the umbilical cord.

Among the sample of pregnant women in the study, 93% tested positive for the pesticides, and 80% tested positive for them in their umbilical cords.  The source of these pesticide residues were determined to be diet, specifically the consumption of conventionally-grown grains, fruits and vegetables, along with meat from livestock fed genetically modified, conventionally-grown feed.

While the researchers did not make definite conclusions about the health consequences of GMOs (genetically modified organisms) and pesticide residue on the women and their babies, GMOs and pesticides have been linked to a plethora of often severe side effects, including birth defects, miscarriages, endocrine system disruptions, allergies, tumors, and cancer.  A study involving the effects of GMO food on rats produced rats with tumors large enough to deform their bodies, visible here, in addition to severe organ damage and premature death.