Our Toxic Footprint Is So Much More Than Just Carbon 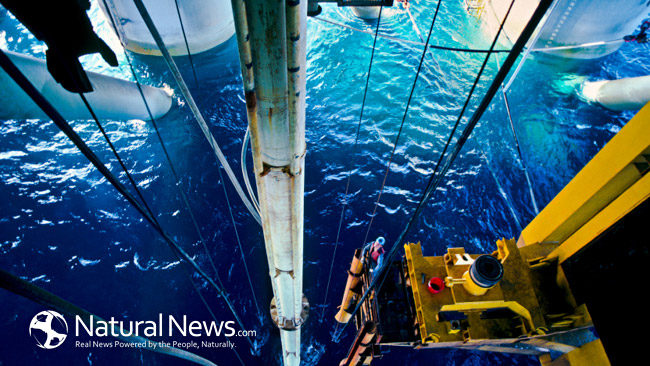 PepsiCo, UPS, Walmart, General Motors, Cargill, and Coke, are among the thirteen corporations signing the White House American Business Act on Climate Pledge, which pledge efforts to cut carbon emissions. (1) But these Big Corporations haven’t really proven themselves, and haven’t cut their toxic footprint. If we do our homework we may find LARGE holes in all their pledges.

1- WALMART is not just doing business in the US. There are 3,500 Walmart stores in China, Central America, the U.K., Brazil, Japan, South Africa and Chile that appear to be owned through units in tax havens such as the British Virgin Islands, Curacao and Luxembourg. Ninety percent of Walmart’s overseas assets are owned by subsidiaries in Luxembourg and the Netherlands, two of the most popular corporate tax havens. Luxembourg Units report over a billion in profits between the years 2010 and 2013 and paid taxes at a rate of less than one percent, according to the report.(2) To make matters worse, Walmart has been in the news for unfair policies and wage law violations. Their appeal for the class action law suit against them was denied.(3)  They also have a reputation of using foreign and child labor.(4)  But that’s not all, the movie, ‘The High Cost Of Low Price’  shows Walmart’s real intentions for disrupting local communities.

2- The COCA-COLA Company sells beverage products in more than 200 countries. Coca-Cola contributed $1,700,500 to political campaign known as “The Coalition Against The Costly Food Labeling otherwise called Proposition 37.”(5) This means they were and still are against GMO labeling even though sodas are implicated in diabetes and Alzheimer’s disease.

“The Coca-Cola Company produces Coke syrup concentrate, which is then sold to various bottlers throughout the world.” They claim to make a greener plant-based plastic bottle for their products that are reported to have less of a negative effect on our environment and climate. They’ve even won a Recycling Award! (6)

“Green Planet Bottling and Keystone Water Company says for every 72 plant-based bottles produced, they save one gallon of oil. The bottles also use 65 percent less energy and fuel to produce.” (6)

But, these claims need additional research. Their plastics usually and ultimately end up polluting our waterways and oceans while their bioplastics are not easily broken down as once thought! (7)

“Nearly all compostable plastic ends up in a landfill instead of being composted. Like other plastics, bioplastics remain intact, buried in the oxygen-free environment of landfills. But some scientists worry that over many years, bioplastics will slowly decompose, giving off methane (CH4), a greenhouse gas 20 times more potent than carbon dioxide.”(7)

3- What else can destroy OUR OCEAN ECOSYSTEMS? “Every year, some 100 million sharks are killed to make shark fin soup. The sharks are “finned,” then their bodies are tossed—still alive—back into the sea. The sharks sink to the bottom of the sea, can’t swim and suffocate. Not only is this process extremely inhumane, but it’s destroying our ocean ecosystems.”(8) The US still sells shark fins to Hong Kong. And UPS is involved.(9)

4- GENERAL MOTORS reputation precedes them with the EV1, and a documentary film named, ‘Who Killed the Electric Car?’  According to this documentary, in the 1990’s GM was responsible for taking back and crushing every one of these electric cars from the customer. Why? The electric car technology was in direct competition with Big Oil Companies.

In 2013 General Motors pledges the reduction of emissions by its freight shippers. “According to the EPA, 28 percent of greenhouse gas emissions are produced by the transportation sector. Of that percentage, approximately thirty percent is freight related.”(10)

What GM fails to consider is, there are toxic exposures in the work environment for their employees. These toxins may kill you slowly.

If we check out auto shops, manufacturers, and repair shops, we may find neurotoxic effects of occupational exposure to mixtures of organic solvents, chemicals and dyes. (10b)

Pollution and toxic exposures in the car industry include but are not limited to handling of chemicals such as Trichloroethylene probably the most common chlorinated solvent used in auto shops, Carbon tetrachloride, Methylene chloride, and Perchloroethylene.(10c)

Additional toxins in manufacturing cars remind us that the use of asbestos in brakes and clutches were never abandoned completely.(11) Whether it be a toxic product made today, that may take twenty years to experience side effects from, doesn’t make it any less toxic. The American worker seems to be disposable.(12)

5- OIL SPILLS from oil drilling and fracking have each left their own destruction and toxic footprint on our planet. In fact, there are no adequate safeguards.(13)  Yes, even when they said fracking would be the cleaner way for the future of our planet. Truth is, when Big Corps want Big Profits they can say almost anything. We have been the victim of false statements, false data, in order to falsely sway us into believing fracking can cut the toxic

footprint and destruction.  Studies suggest more carbon emissions are caused from fracking.(14) Damages from fracking is so toxic, we have seen a rather large cancer increase.(15)

6- HERBICIDES and Deforestation have been said to leave a high carbon footprint, and a California community was left outraged because of such toxins from both Dow and Monsanto Corporations.(16)

In 2015, in Northern California up to 400,000 trees were clear-cut in the park district and the remaining stumps sprayed with toxic herbicides by Dow and Monsanto.(17)

But wait there’s more. Prima Columbian Properties (Frank Giustra) received a concession to cut timber in a Rainforest along the Pacific Coast.  This timber was intended to be exported to China. And to make matters worst, the Clinton Foundation profited from it, while claiming they stand for healthy sustainable forest. (18)

7- The over forty billion dollar corporation CARGILL has direct ties with Monsanto.

In 2013 Cargill spent $200 million to buy a stake in Ukraine’s largest land farmer UkrLandFarming which happens to be the world’s eighth largest crop grower and second-largest egg producer.(18a)

Left with a toxic water and farming footprint, Monsanto continues to show it’s true colors in the agriculture industry.(19)

So why are all these corporations getting onboard and saying they’re cutting their carbon footprint? Monsanto mixes words with chemicals saying, “ at the heart of their business is a Climate Smart Agriculture.” (20)

Right now, Monsanto is in negotiations for merging with Bayer Corporation, who not only makes aspirin and vitamins but also tons of pesticides and herbicides as well, and they’re based in Europe and Asia.

If we include commercial meat, chickens and pork we’ll find Factory and Mega Farmed animals generate more of a toxic footprint then you can imagine,(20a) with 45% of the earth’s land used for livestock.

Why we need to be concerned

TODAY THE TREND is Big Corporations such as Coca-Cola, Cargill, ConAgra, Kraft and PepsiCo want in on the organic market. However their reputation and track record in the industry, is anything but healthy. The financial motivation is what drives them, so if one researches their history they haven’t been completely trustworthy in the past. Cargill has been in the news for unsafe practices, child trafficking, tainted beef patties and grains.

Coca-Cola advertise their products as healthy when they are not.(21)

Kraft Corporation (now bought by a Brazilian Company22) sells a processed cheese which is a processed GMO product and not a health food.(23) They have also added milk products in their acquired Green & Blacks Chocolate bars that were once dairy-free.

Worrisome is the fact that Big Corps will continue ‘private unsafe practices’ because they are too big to be regulated or fail. There will be no transparency. The downside may be price increases on organic foods, less independent companies left, unconscionable acts followed by bargaining practices. The question is, who will be there to regulate them(24) since subsidized mega and factory farming invites illness.(25)

“Organic farmers maintain certain principles that they follow. While no antibiotics or pesticides can be fed to organic-certified livestock, the food animals consume has to be organic feed. They also have to treat their animals humanely. Organic feed has a lower carbon footprint. It takes less of a carbon footprint when buying organic…avid Pimentel of Cornell University has estimated that it takes about 30 percent less energy to grow organic soy and corn than it does to grow the conventional kind. As for the food on your dinner plate, going organic is the eco-friendly choice!”(26)

In order to have a healthier planet it would behove us to include more of a broad spectrum term to our footprint left on this planet. What if we called it a TOXIC BIG CHEMICAL FOR PROFIT FOOTPRINT. Why? Because this name means more than just contributing to the carbon pollution footprint. It means Big Corporations must be required to PUT AN END to the toxins that are poisoning our planet. Big Corporations leave more than their share of internal and external toxic footprints using toxic practices and tax dollars that contribute to disease and poverty and continue to make not only their employees sick, but contaminate most of our domestic animals, homes and waterways. If we continue believing it’s all just about carbon, we’re missing the BIG PICTURE. We’ve forgotten crimes against humanity, which are crimes against our very survival.

Connie believes, health and wellness are established with proper nutrition, fitness, and mindfulness. She takes a natural and holistic, common sense approach to rebuilding well-being from the ground up. Invite her to your next event.

You can find her Published Books on Amazon:

‘Path to a Healthy Mind & Body’