The Top Probiotic Foods To Boost Your Health 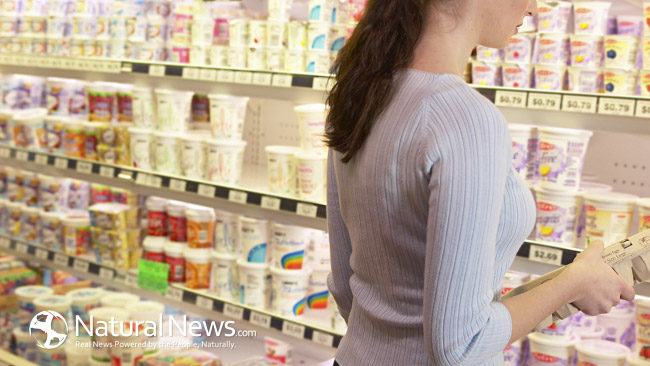 Are you consuming enough foods that are high in probiotics? If you are like most people, the answer is probably no. That is largely because a knowledge of the importance that probiotics play in human health is a relatively new thing. Probiotics are another name for the healthful bacteria that inhabit your digestive tract. They directly benefit the body by making it easier for it to absorb nutrients and also by helping to support the immune system.

The effects of not having enough probiotics in the diet can be serious. They can lead to digestive disorders, autoimmune conditions, yeast infections and frequent viral and bacterial infections. However, consuming the foods below, which are rich in probiotic bacteria, can decrease your chances of these problems and lead to better overall health.

This beverage tastes similar to yogurt, but is based on a combination of fermented kefir grains and milk and actually has a higher amount of probiotic bacteria than yogurt, comprising some ten to thirty-four cultures. It has a tart, tangy flavor and originated in Russia and Turkey, where some form of kefir has been consumed for over 3,000 years.

Sauerkraut and kimchi are basically different takes on the same kind of fermented cabbage: sauerkraut comes from German and is popular in a number of German and Eastern European dishes, but is far less spicy than its fiery cousin kimchi, the unofficial national dish of Korea. Both are rich in probiotic bacteria and also in digestive enzymes to make it even healthier.

Kombucha is a fermented tea drink started with a symbiotic colony of bacteria and yeast (also known as a SCOBY); this drink originated in Japan over 2,000 years ago and its use spread throughout the East as word of its healing properties grew. It is excellent for improving digestion, detoxifying the liver and increasing energy levels.

This is similar to the kefir previously mentioned, but uses coconut milk in place of dairy milk for its base. It is an excellent option for those who are vegan or who cannot tolerate dairy, though it is not quite as high in probiotics as its traditional counterpart. It still offers the same kind of digestive support and the ability to replenish and repopulate the healthful flora in the gut.

This is the most popular probiotic food and the one that is best-known in the West. The best kind of yogurt to get is plain Greek yogurt made from cows’, sheep’s or goats’ milk. If the yogurt is raw and comes from grass-fed animals, it rank at the top of probiotic foods. It is also best if bought organic, to avoid exposure to growth hormones given to conventionally raised dairy cows.

If you can include these foods in your diet on a regular basis, you will find them to be greatly beneficial to your overall health and to reduce your risk of a number of diseases and conditions.