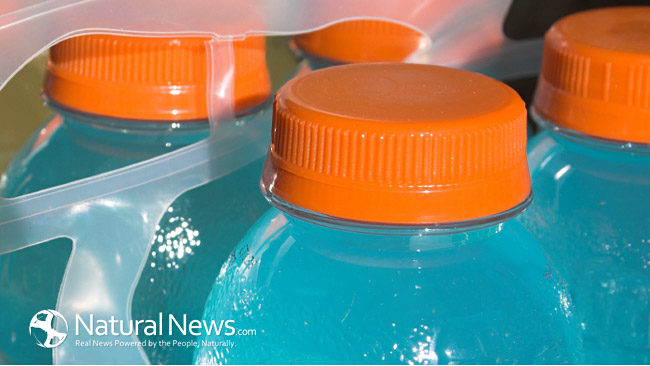 When people go to the store to buy groceries every week, they assume that because it is on the shelves, it is automatically safe. Unfortunately, that is just not true – especially in the United States. Mostly because of the power of the food and agriculture industries, there are many foods, additives and preservatives on American shelves that are banned in another parts of the world. And what is scary is that they have usually been banned because of the adverse effects they have on health. Read on to find out more about what these banned items are – and how they can be avoided.

One of the scariest things to come out of the low fat craze in the U.S. was Olestra, the fat-free, calorie-free cooking oil manufactured by Proctor and Gamble. Sound too good to be true? That’s because it is. While the structure of Olean blocks the body from absorbing fat and calories, it also blocks the body from absorbing vital nutrients, which can lead to long-term health problems due to malnutrition. While it has been banned by the UK and Canada, it is still available in some American products.

BVO’s used to be common additives in products like sports drinks and sodas in order to help them retain their flavor (which usually comes from artificial flavorings anyways!). However, this product, which consists of vegetable oil bonded with bromine, can cause iodine deficiency and is toxic to children, so much so that it has been banned in over 100 countries!

Potassium bromate is a chemical compound which often finds its way into various baked goods like breads, pie crusts and similar products because it improves the elasticity of dough. However, it is also incredibly toxic and can lead to nerve damage and kidney problems and has even been linked to certain forms of cancer. It has been banned by the European Union, Canada, China and Brazil.

These chemicals, whose names are too long to even pronounce, are common in the fast food industry, where they are added to the oils in the deep fryers. These chemicals prevent the oil from being spoiled by the constant cooling and reheating it must go through. This saves the industry a lot of money since it allows them to buy oil less often. These chemicals however, are banned in the E.U. and Japan due to being associated with increased appetite, fatigue, birth defects and cancer among other serious health issues.

So how to avoid all this? For one thing, make sure that labels are read carefully before purchase. Or, make sure to shop in a health food store which already bans products on their shelves that contain additives such as a the ones mentioned above. But perhaps the best way to make sure that these additives are not making it to the family dinner table is to eat a whole foods diet which avoid processed foods altogether.