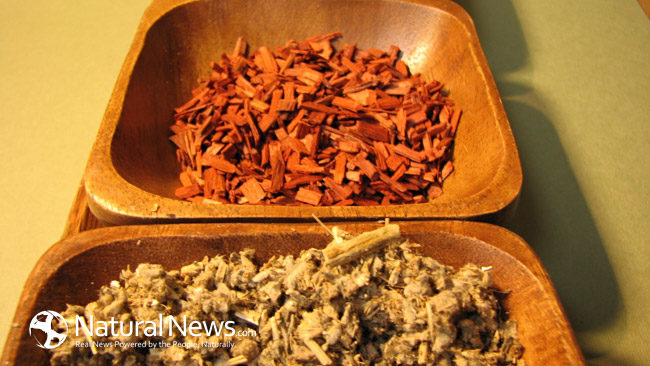 Achieving optimum physical well-being is simply not possible without a healthy liver. Along with the kidneys, it is one of the main filters of toxins and unwanted substances in the body. This makes it an important component to the immune system and a highly effective way to prevent illness and disease. To support healthy liver function, a regular schedule of detoxification, along with avoiding excess alcohol and other irritants is necessary. It is also good to consider adding any or all of the 5 following herbs to the diet, as they have all been shown to support and nourish proper liver function.

In Ayurvedic medicine, a holistic and natural method of healing that has been practiced in India since ancient times, the Indian gooseberry or amla is incredibly popular. It is rich in vitamin C, which is necessary for a strong immune system. It also an excellent source of anti-oxidants that can promote and nourish healthy liver function.

Indian tinospora or guduchi has a number of properties which make in valuable in the Ayurvedic tradition for liver health. It has long been known for its ability to help reduce toxic build-up in the liver, thus promoting optimal hepatic function. It helps to reduce stress, which can do long-term damage to the liver and immune system in general and in addition to this, it has powerful anti-inflammatory properties.

One threat to the liver, especially in the West, is the number of both prescription and over-the-counter drugs like acetaminophen that have been linked to hepatoxicity (and build-up of toxins that can lead to liver damage). Caper bush is remarkable in its ability to help guard against the harm caused by free radicals when this occurs. It, too, can boost immunity and reduce overall inflammation.

Chicory is rich in compounds called polyphenols, which are plant-based, naturally-occuring chemicals that have been shown to fight the damaging action of free radicals. At the same time, they help the liver tissues to restore and rejuvenate and prevent the build-up of adipose deposits that can lead to fatty liver disease.

The herb contains a wealth of phytochemicals, botantical compounds which have been shown to fight the viruses which cause hepatitis and also reduce the risk of liver inflammation. It is a power anti-oxidant that helps treat issues associated with diabetes and has also been shown to lower the level of lipids in the bloodstream, both of which can help keep the liver healthy.

Many of these herbs are unfamiliar to most people in the West, but they can be found at many health food stores, alternative health pharmacies and even stores which specialize in Eastern foods and products. All 5, in combination with a health-concious lifestyle, can keep the liver in its best possible shape and promote overall well-being.