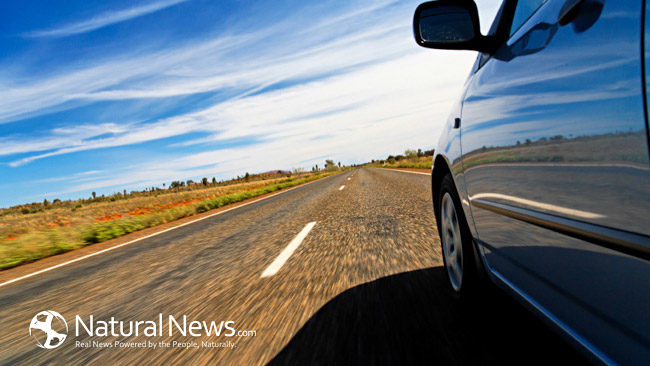 We can speak for hours discussing the best cars in the automotive history. It is rather hard to determine top list considering wide range of autos from vintage models to the latest luxury sports cars. Nevertheless we tried end the inquisition with our list of top 5 iconic models in the automotive history. We do not insist that our opinion is on and only. But we tried to show those models which influenced further development of auto industry in different segments. So fasten your seatbelts!

This mind-blowing car was firstly introduced in 1990. For that time new Acura model represented technological innovations and supreme features of true luxury sports car. The main advantage of NSX was the fact that engineers used all-aluminum monocoque chassis. By the way, construction of the model was finally completed with the help consultations provided by legendary F1 pilot Ayrton Senna. As a result this automotive masterpiece got powerful but light-weight engine under its bonnet. Such developments and innovations made it possible for NSX to become one of the most award-winning vehicles at the beginning of 90’s. It got a lot of prestigious titles and determined future development of sports car production. Even now when we witness this rarity on track we understand why it is still so desirable by millions of auto gourmets. Acura NSX is truly one of the greatest sports cars ever.

1950’s appeared to be a turning point for Maserati brand. The company decided to conquer Europe streets constructing customized GT auto. This is how engineers created 3500 GT Vignale Spyder which is certainly in our list of top iconic cars. The main idea was to beat main competitors of that time including Aston Martin and Ferrari. The challenge seemed to be rather hard. Nevertheless constructors succeeded in constructing straight six power luxury amenities. The model was a great success. In addition its production line if the largest in comparison with previous cars presented by Maserati. 2 200 units of 3500 GT Vignale Spyder were produced. It reflects elegance and unique style followed by power and clear performance.

Legendary British luxury car brand firstly presented its automotive masterpiece called Phantom in 1925. More than 7 generations of this model have been introduced since that time. The car represents premium class and luxury under one roof. That is why such vehicles belonged to the Sultan of Brunei, John Lennon and other wealthy and famous people from all over the world. Those who have ever been inside this car can easily compare driving as sitting in 5+ star hotel room with all necessary facilities and options. Despite the fact that some Phantom generations were not very successful due to several drawbacks, all later versions represent a perfect combination of power, comfort, luxury and great performance. People love it for its size and power. Its logo is one of the most recognizable badges all over the world.

In 1965 constructors of standard Ford Mustang decided that they needed something more. This is how more beefed Mustang version appeared. Ford Shelby Mustang GT350/500 was created in cooperation with Carroll Shelby himself. First of all the main idea was to resent vehicle with more power and unique performance in comparison with standard models. Numerous modifications were made in order to provide new car with all desired features. No one could even imagine that new model would eventually become and icon to millions of Americans and muscle-car fans all over the world. We all remember it playing a role in popular movie called “Gone in 60 seconds”. Current version of this “monster” was presented in 2012 featuring 800 HP engine which is overwhelming if compared with the first auto with 289 HP.

280SL Roadster combines simplicity and elegance. This iconic model has smooth inline 6-cylinder engine under its bonnet in three different modifications. They include 4-speed manual transmission, 4-speed automatics and perfect ZF 5-speed stick clutch. Later versions are equipped with modified and upgraded M130 motor with 170 HP. American versions were also improved with the help of chrome bumpers and imperial gauges. This is how 280SL Roadster turned from sports car to convertible luxury auto. It had great success all over the world representing style and premium classes. Only in America about 20 000 units were sold. This is how true roadster must look like.

5 Reasons to Buy a Car with Manual Transmission;