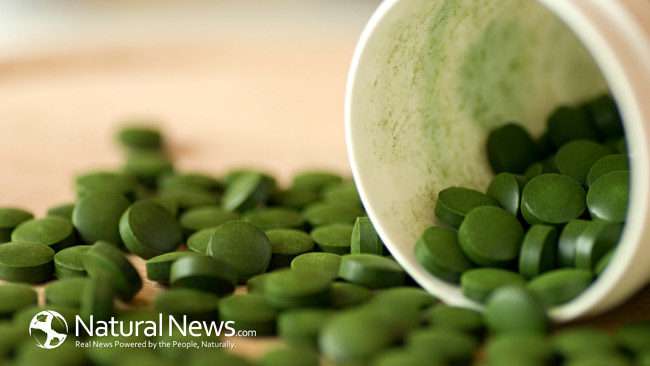 Chlorella (aff link), a green algae, is considered a protein-packed antioxidant often used by bodybuilders. However, because it’s often associated as something so strongly linked to the athletic community, it’s easy to overlook the many other health benefits of chlorella. Let’s take a closer look at this amazing food to discover just how versatile chlorella, specifically chlorella tablets, are.

Chlorella is an algae that has been used in Asia for hundreds of years due to its ability to help prevent many diseases and bolster immunity as well as energy. The algae has been said to have double the amount of protein as spinach and 55 times that of rice. Additionally, chlorella is made up of nine essential amino acids and several vitamins and minerals. So outstanding is chlorella that it’s a common treatment in Japan for those with everything from cancer to bad breath. These days, its popularity has become mainstream, enjoyed by many throughout the world seeking to improve their overall health.

However, there are those who have considered chlorella tablets to be a supplement, designed to complement existing dietary habits. Bob McCauley, author of Achieving Great Health (aff link) and Confessions of a Body Builder (available on Amazon), puts that myth to rest. He says that although it’s sold as a supplement, “it’s actually a whole food,” and that eating chlorella is “like eating a banana or an apple. This is not something some doctor invented, this is something nature invented.”

According to a study published in Alternative Therapies in Health and Medicine, giving fibromyalgia patients chlorella has been shown to improve their condition by providing them with pain relief. Another study showed a 22 percent decrease in pain for those suffering with moderate to severe fibromyalgia pain. Chlorella’s ability to help manage fibromyalgia pain has experts at the University of Maryland Medical Center suggesting that chlorella may very well be a helpful natural therapy for those with the illness, which the Centers for Disease Control and Prevention (CDC) estimates affects over 5 million Americans.

Many people are concerned with the amount of toxins in their body. Chlorella tablets are a powerful antioxidant that when ingested, binds to heavy metals, making it easier for them to be flushed from our system.

Prof Randall Merchant, a professor of Neurosurgery and Anatomy at Virginia Commonwealth University, describes chlorella as “fascinating,” for its ability to boost the immune system. He specifically studies those with brain tumors and stroke and discovered that because chlorella helped bolster immune systems, resistance to opportunistic infections increased. As such, chlorella tablets are often suggested for those with a host of conditions ranging from diabetes and cancers (thought to reduce the harms of radiation exposure) to skin ulcers and anemia.

Because chlorella is extremely high in chlorophyll, which plays a role in counteracting bothersome odors, taking the tablets may provide relief for those suffering from bad breath or those who have unusually bad smelling stools.

The tablets are packed with protein. In fact, protein is its primary make-up, along with a host of vitamins. For this reason, bodybuilders and other athletes who want to build muscle enjoy taking chlorella tablets. They’re also ideal for those who simply want to exercise without bulking up too much simply because the tablets help build lean muscle which allows people to get the most from their physical activities.