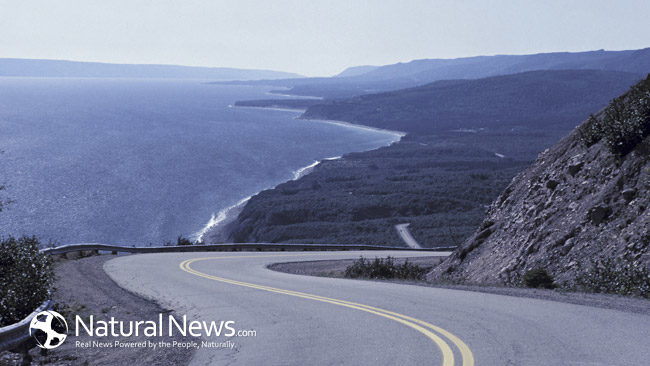 What is a fastest car? A car that accelerates fastest? A car that has the highest top speed? Or maybe a car that handles best and registers best time on tracks? There are also numerous hyper prototypes showing incredible figures but constructed only to demonstrate technical genius of a manufacturer, not to be used on the roads. Ask anyone which country produces the fastest cars in the world. Undoubtedly the answer will be Italy.

Well, speaking fairly, this is quite debatable. The likes of Hennessey, Koenigsegg, McLaren or Bugatti also know how to get loads of power and speed from their cars. However, for decades Italians have been unbeatable in one and maybe the most influential car-making factor: they know how to make the hottest supercars like no one else. And they are extremely fast too! Alfa Romeo 8C, Ferrari F40, Lamborghini Diablo to name a few.

These cars have excited generations of men all over the world and have become the pearls at car auctions even with the staggering price tags. Technologies go further and car makers introduce new models to stay top of the market. So, here is our list of Top 5 fastest Italian cars that can be actually ordered today.

When the Argentine entrepreneur Horacio Pagani introduced his first car Pagani Zonda, built in Modena in 1999, it looked like yet another prototype car with dim outlook. Instead, the extraordinary futuristic supercar went on to dominate the world of supercars for about a decade. Since 1999 the car has had many updates and in 2006 Roadster F model emerged. It had a removable roof and was lighter than hardtop models, making it the ultimate Pagani car.

Powered by AMG-made V12 engines and mostly made of carbon fiber, this beast accelerates to 60 mph in just 3.7 seconds and reaches the maximum speed of 218 mph. On the track it is faster than Bugatti Veyron and delivers life-changing driving experience. Limited production and the price of around $700,000 make it even more exclusive.

The brand new supercar from Sant’Agata Bolognese replaced Lamborghini’s bestseller, Gallardo, in 2014. Just like its predecessor Huracan was engineered in close cooperation with Lamborghini owners Audi. The adepts of Italian style complain the supercar has lost part of its raw craziness as a result and is less fun to drive than old school Lamborghini vehicles.

However, Huracan is still powered by naturally aspirated 5.2 L V10 engine that provides 602 hp, accelerates the car from 0 to 60 mph in less than 3 seconds and makes it one of the fastest cars on track. Brutal LED front lights give it the devilish irresistible looks at night, while driver-friendly handling and reasonable by supercar standards price, starting from $237,000, will attract thousands of enthusiasts in Monaco and Palm Beach.

If Huracan is not mighty enough to satisfy your vanity, Lamborghini has another option, named Aventador. It’s the manufacturer’s flagship supercar, first built in 2011, which succeeds legendary V12-powered Miura, Countach, Diablo and Murcielago. It is bigger, faster, crazier than Huracan and is almost twice as expensive at $441,600 base price.

Gull wing doors are included. Lamborghini engineers don’t seem to be bothered with engine downsizing trend that has penetrated most of the car manufacturers’ minds as they introduced their all-new 6.5 L V12 engine without turbo-charging to fit into Aventador. It propels the beast to 217 mph and accelerates to 60 mph in as little as 3 seconds. Unlike its predecessors Aventador has features common for road cars, like air conditioning, light steering and is easy to drive. And of course, the famous Lamborghini fear factor is there!

No supercar top list can go without a Ferrari. And there is no Ferrari these days like LaFerrari. Yes, it is actually named The Ferrari, and the name speaks for itself. This model is a quintessence of the famous manufacturer from Maranello. The model that replaced legendary Enzo in 2013 comes with a 6.3 L V12 engine accompanied by electric motor and kinetic energy recovery system.

The entire hybrid unit provides astonishing 950 hp and 900 Nm torque. 0-60 mph in under 3 seconds, and over 217 mph of maximum speed. Such technical excellence matched with exquisite Italian design make LaFerrari the company’s flagship car and one of the most sought after hypercars in the world. However, this perfection comes at a costly price. $1.7 million will be paid for each of the 500 cars to be constructed. If you do not come from Middle East, go with a more reasonable 458 model.

Can there be a car faster than Ferrari’s best model? Quite unbelievably, yes! And it is manufactured just outside of Maranello. Pagani Huayra, translated as ‘God of wind’ from Quechua, the second ever model from Horacio Pagani, offers something that no other sport car manufacturer has been able to deliver. The entire body is made of carbotanium, material stronger and lighter than either of its composites, which are titanium and carbon fiber. It was specifically made for Pagani factory. The rear-wheel drive car weights just 1,350 kg and has an immense power to weight ratio of 541 hp per 1 ton. AMG 6000cc bi-turbo V12 engine powers the supercar to the maximum speed of 231 mph.

This monster matched with seven-speed sequential gearbox, incomparable aerodynamics and flawless suspensions make Huayra the fastest road car on many tracks, including the BBC Top Gear track. On top of that, Huayra offers some astonishing unmatched finishing. Attention to detail is beyond obsessive. Every single nut and bolt is made from titanium, the entire mechanism of the gear shifter is exposed so the driver can see it. Each wheel is hewn from a single aluminium block. But most importantly, Pagani Huayra offers the level of wild driving drama and ecstasy that mass-market Ferrari and Lamborghini cannot deliver anymore. And it’s yours for $1.6 million.