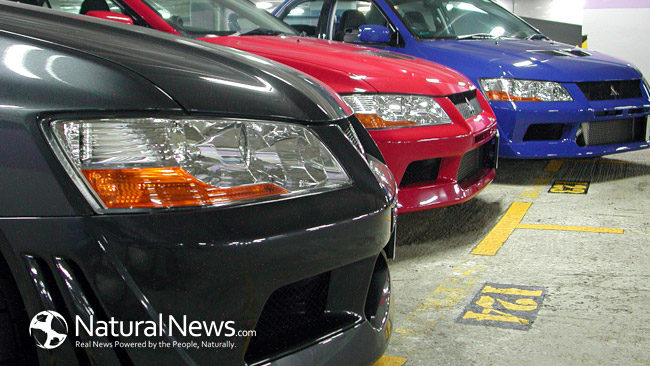 What does it mean to be the Cheaf Executive Officer of the company, which has assembly plants worldwide? Do that people work around the clock? How people, who take charge of the biggest automakers, manage to respond to constantly changing global trends?

The CEOs spent a lot of time and efforts doing the top job at the companies, whose manufactured vehicles catch on with a new generation of car buyers.

How chief executives draw inspiration? Is it important to have experience in automotive industry to get the position?

We’ll tell you about the chief executives of the U.S. giants: General Motors, Chrysler and Ford, the best selling Japanese automaker Toyota and one of the largest producer of motor vehicles, Volkswagen.

We’ll prove that being the most senior corporate officer is really a hard job. The CEOs have blue-chip educational and professional backgrounds, not only deep pockets to fill as many people can think.

Mary Barra is the first female Chief Executive Officer of General Motors. She was appointed CEO of the automaker. She was not a newcomer in the company. By the day when she took up the position she had already been working for GM since adolescence.

Mary’s father worked for Pontiac as a die maker for many years and his daughter moved up through the ranks to take the driver’s seat at the iconic company.

She began cooperative education at General Motors Institute, which is now Kettering University, and started working at GM. Mary Bara studied electric engineering and obtained Bachelor’s degree. She went on her education at at Stanford Graduate School of Business. In 1990 she earned Masters Degree in Business Administration. Throughout her more than 30-year long career she worked on a variety of positions in engineering and administrative spheres. GM is the largest seller of Chevrolet, Buick, GMC и Cadillac in the U.S. market.

Mary held a position of CEO when the company had severe difficulties, besides economic crisis GM had to recall more then 30 million cars due to safety problems. However result-oriented and hardworking she is on the way to regain customer trust.

Mary Barra and her husband Tony Barra have 2 children. And we are amazed how she is able to balance as she finds time to see her daughter play volleyball?

Is it important to have engineering experience to become CEO of the major global automaker? However, Sergio Marchionne helped the US automotive giant Chrysler to avoid bankruptcy.

Sergio Marchionne was born in Italy and at the age of 14 his family moved to Toronto. In 1978 he obtained bachelor’s degree in philosophy in the University of Toronto, in 1979 he gained a bachelor’s degree in commerce and went on with master’s degree in business in the University of Windsor in1985. In 1983 Sergio obtained a law degree from Osgoode Hall Law School of York University. He didn’t rest on his laurels with all that degrees and in 2013 received an Honorary Doctor of laws degree from Walsh College.

Marchionne had already worked for solid companies and in 2003 he joined the board of Fiat SpA. He took the helm of the company in 2004.

Sergio proved, that lacking in engineering experience is not an obstacle to achieve his goals. He returned Fiat Group Automobiles SpA to profitability, restructured management and introduced new models. In 2009 Sergio Marchionne became CEO of Chrysler Group LLC and achieved tremendous success by realizing profit after 5 years.

Is Sergio Marchionne an extraordinary person? May be. In addition to his professional skills he is keen on classical music and arts. It is also known that he listens to music while he works.

Akio Toyoda is the leader of world’s largest car company by sales. Kiichiro Toyoda’s grandson is the first member of the family since 1995, when his uncle Tatsuro stepped down. Akio joined Toyota in 1984 and took up the position of CEO in 2009. He graduated from Keio University in Tokyo and them obtained master’s degree in Babson College in Wellesley, Massachusetts.

He steered the company through the great recession, then Toyota faced recalls of more than 8.5 million of cars and in 2011 the company suffered losses because of the earthquake and tsunami.

In spite of the criticism Akio Toyoda has faced, the company manufactured more than 10 million vehicles in 2013 and became the largest automobile producer.

Fields grew up in Paramus, New Jersey and studied at Paramus High School after that he earned Bachelor’s degree in Economics at Rutgers University and after that obtained Masters degree in Business Administration at Harvard. Fields began to work for Ford in 1989.

Mark Fields is the 11th leader of Ford since 1903 and the first one who is Jewish.

It’s not a secret that Henry Ford was a Jew hater and the company made efforts to overcome such reputation among Jewish people.

Time will show how an experienced and dedicated CEO will lead the U.S. major automobile manufacturer.

Martin Winterkorn is the highest paid CEO in Germany. In 2013 the Chairman of the Board of Management (CEO) of Volkswagen AG collected €15.7m. Winterkorn graduated from the University of Stuttgart where his major were metallurgy and metal physics. He received Doctor of Science for Metal Research and Metal Physics. Since 1981 he works in the automotive industry and in 2007 Winterkorn headed the German extremely popular carmaker, which includes such brands as Audi, Volkswagen, Bentley and Lamborghini.

The full list of all car companies at car-brand-names.com;

5 Reasons to Buy a Car with Manual Transmission;