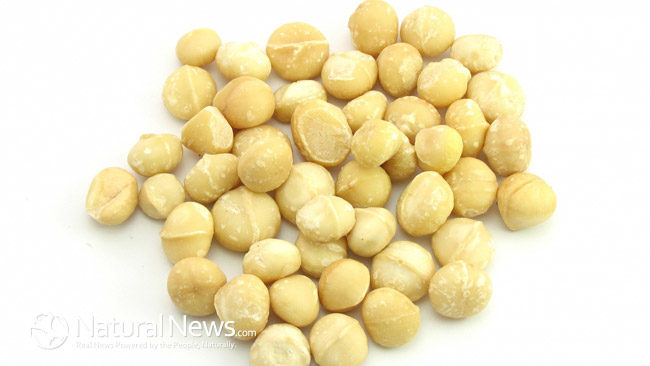 Mention the word, “vaccinations,” and it often produces eyebrow-raising reactions in many people. Some vehemently advocate their safety, while others feel strongly that they do anything but improve health. The latter group may be on to something. After all, the vaccine industry is shrouded in vaccine injury cases, with many people wondering whey they, or a loved one, went from being in virtually perfect health to having their health severely compromised — interestingly, not long after receiving a vaccination (or a series of them).

For example, regarding cervical health in particular, there’s widespread criticism of so-called helpful measures designed to keep a woman’s body healthy. Cervical health should be of concern for all women, but it’s likely to be more top-of-mind for women with the human papilloma virus (HPV). Why? Without proper detection and treatment methods, HPV may lead to cervical cancer.

Researcher Diane Harper of the University of Louisville, Kentucky, says that “About eight in every ten women who have been sexually active will have HPV at some stage of their life.” She explains that there typically are not any symptoms and that “in 98 per cent of cases it clears itself. But in those cases where it doesn’t, and isn’t treated, it can lead to pre-cancerous cells which may develop into cervical cancer.”(1)

But before turning to HPV vaccinations to help prevent an HPV diagnosis or cervical cancer, consider that such vaccinations could have some life-threatening consequences. In fact, an article published in the Journal of the American Medical Association (JAMA), found 3.4 serious adverse events (even death) per 100,000 doses. At the same time, this article was also found to have under-reported the risks of the vaccines by as much as five-fold. Such under-reporting is common in the medical and medical journal industries, both of whom have much to lose when fault is found with the espoused benefits of various medical “advances.”(1)

The best bet, therefore, is to stay far away from vaccinations. There’s too much of an unknown behind them, not to mention the countless stories of people who have experienced debilitating health reactions.

1. Curcumin
Curcumin, the active ingredient in the bright-colored spice Turmeric, can do wonders for improving your cervical health. Researchers at the Institute of Cytology and Preventive Oncology (ICPO) in India have found that it can protect the body from HPV and therefore may help keep cervical cancer at bay.(4)

2. Turkey Tail
Mushrooms such as Chaga, Reishi and Maitake are good immune-system enhancers which is essential to help ward off viruses. For HPV in particular, one mushroom has gained a great deal of attention: turkey tail. Studies have linked it to showing incredible promise in boosting natural killer cell activity. Specifically, turkey tail mycelium releases strong antiviral compounds that’s been found to be very active against HPV. Consider supplements that contain turkey tail or try it in liquid form, as an extract.(5)

3. Foods containing B17
Vitamin B17, which is also known as amygdalin, is associated with having anti-cancer properties. As such, it’s worth exploring when you’re trying to improve your cervical health (or overall health, for that matter). Foods that have medium to high levels of B17 include wheatgrass, fava beans, mung beans, raw macadamia nuts and apricot seeds.(6,7)

As always, be sure to avoid junk foods and eat as much fresh foods as possible. Cruciferous vegetables like Brussels sprouts and broccoli are always healthy choices, as are fruits like kiwi and cantaloupe.