Top 10 Fastest Cars in the World 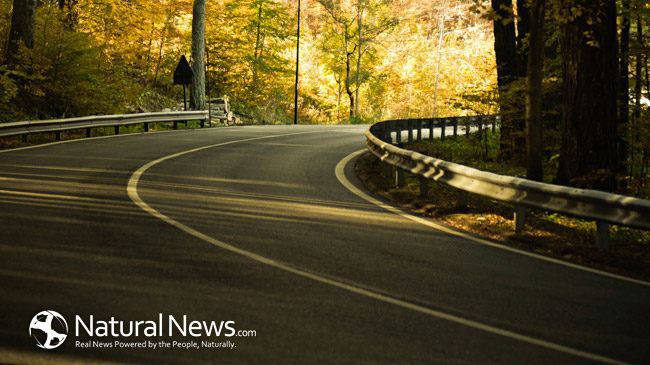 Millions of cars are being produced annually be giants of automotive industry from all over the world. They have their own unique features, innovative technologies and great design. But all these characteristics step aside when it comes to the fastest cars in the world. Most of us can only dream about having those autos while others are ready to pay any cash for having those speed monsters. No matter what category you belong to, you will certainly be interested in our list of the fastest cars in the world in 2014. You should hurry up and buy one of them because they are very unlikely to hold the record of speed considering vast development of automotive industry.

Hennessey Venom GT takes the first position of our list with the maximum speed 270 mph which is 435 km/h. This monster is able to gain 60 mph speed level within 2.5 seconds. Sports car is equipped with powerful LS7 Twin Turbo V8 Engine 7-litre engine with 1244 h.p. Well, such characteristics along with prize-winning design will cost buyers a fortune. In case you are eager to owe this car you should be ready to pay $1 000 000. And this is only a starting price. The vehicle has been tested by NASA experts in February 2014. It gained maximum speed on a track which is 3.22 km long. Hennessey Venom GT was announced to be the fastest car in the world.

Bugatti Veyron is well-known to all drivers and sports car fans as the fastest car in the world throughout several years in a row. However this time this baby takes only second position in our rating with maximum speed up to 268 mph which is 431 km/h. The power to this monster is brought by aluminum 8-liter W16 engine with 1 200 h.p. Despite the fact that Bugatti Veyron Super Sport is slower in comparison with Hennessey Venom GT it is twice more expensive. If you want to owe it you need to have at least $2 400 000. Well, there is nothing surprising taking into consideration that all awards and titles that has been one by this brand. It was the fastest car in the world starting from 2010.

Koenigsegg Agera R closes the list of top 3 fastest cars in the world with maximum speed gained 260 mph which is 418 km/h. It will bring you to the level of 60 mph within 2.9 seconds which is not bad for the 3rd result. At the same time it is not as expensive as 3nd place of our rating costing $1 600 000. Nevertheless such car is certainly not for middle class with its 5.0-liter V8 turbo housing engine with 1099 h.p. In spite of the fact that it is mainly a sports car, it will be a great choice for winter sports lovers. It can be equipped with a special winter box as well as winter tires for maximum control and comfortable driving. By the way, Koenigsegg Agera R was the main speed competitor for Bugatti over the last five years.

Twin-Turbo V8 Engine with 1183 hp makes it possible for SSC Ultimate Aero to take the 4th place in our list with maximum speed up to 257 mph. This is approximately 413 km/h. It gains 60 mph within 2.7 seconds. This is one of the cheapest cars in its segment and in top 5 of the fastest vehicles in the world. The starting price is $654 400. At the same time it has already reached the highest step of the speed pedestal in March 2007 when it was called the fastest car in the world by Guinness World Records. We are all expecting introduction of new SSC Tuatura which is believed to have all necessary characteristics to bring the first position back.

60 mph speed level in 2.9 seconds and maximum speed up to 257 mph made is possible for 9ff GT9-R to enter top 5 of the fastest cars in the world. It is equipped with twin-turbo 4-liter engine with 1120 hp which is even more in comparison with 4th position. The price of this sports car is also higher. It costs approximately $695 000. However this is only a base price. The main feature of this car is the fact that is produced on basics of Porsche 911. The production line is limited by only 20 cars which will make someone extremely happy with their purchase.

Now we are off the top 5 and enter the second stage of our list. It is introduced by Saleen S7 Twin-Turbo which has also performed great results during testing showing maximum speed up to 258 mph. That is almost 400 km/h. Aluminum twin-turbo V8 engine with 750 hp makes it possible for the car to reach 60 mph in 2.8 seconds. The starting price is not also as shocking in comparison with previous units. The starting price is $555 000. Another great feature of this model is stylish design which will make you show off wherever you drive.

Koenigsegg CCXis a perfect example of excellently build sports car with V8 Engine and 806 hp. It does not matter that it loses its 6 other rivals in speed with maximum rate up to 245 mph. It represents high quality and reliability due to the fact that it is produced in Sweden. By the way, it may be interesting for you to know that this model is an elder brother of Agera R.

All McLaren fans have been waiting for this moment for a long time. We have finally reached 8th position of our list introducing McLaren F1 as one of the fastest cars in the world. The maximum speed is 240 mph. It has BMW S70/2 V12 engine under the trunk which produces 627 hp. The base price hardly coincides with the place in the list. Nevertheless you will have to be prepared to pay extra hundred thousand for the brand name. The starting price is $970 000.

Zenvo ST1 takes the 9th position of our rating with good results performing 233 mph maximum speed. Twin-Charged 7.0 liter engine with 1 104 hp makes it easy for the car to speed up to 60 mph in 2.9 seconds. The price is $1 255 000. This was the first experiment of Zenvo Automotive presenting their first sports car. Such experiment has turned out to be a great success for the Danish company.

Pagani Huayra is the last in our list performing 230 mph. It got an engine from Mercedes AMG with 720 hp. You may also be interested to know that the name of this sports car introduces the god of wind from Incan legends. The starting price is $1 273 500.