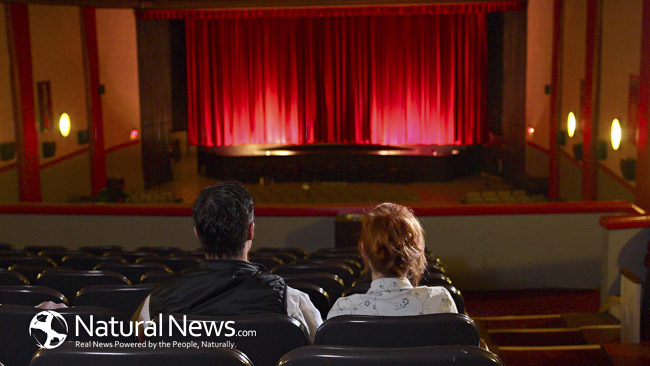 Asian cinema has evolved considerably over the years, and it has impacted film throughout the world. The arthouse genre of Asian films has been especially popular recently, as this movie-making style tends to be more adventurous and willing to take risks than traditional films. Art house is genre that focuses on films that are experimental or artistic in nature rather than simply entertaining audiences, and there have been a variety of great films that have stuck with critics and fans alike for generations.

This epic tale was created by Akira Kurosawa and tells the story of master samurai Kambei, who is recruited to defend a terrorized village from a gang of bandits during Japan’s Warring States Period in 1586. Despite there being no honor or material gain in the endeavor, Kambei agrees, and with the help of two followers, he shapes the village into a militia to defend itself. Since its release, the film has consistently ranked at the of critics’ greatest films polls.

This Japanese drama was directed by Yasujiro Ozu. It tells the story of an elderly couple who visit Tokyo to see their adult children. The film alternates between the behavior of their kids, who are too busy to give them much attention, and their widowed daughter-in-law, who is seen to treat them with kindness. It is generally regarded as Ozu’s greatest masterpiece and is cited as being one of the best films ever made.

This Korean art house film was released by Sang-soo Hong, who is a master at creating tales about male immaturity and romantic confusion. While uncomfortable at times, this film served as an introduction to the honest and sometimes cringe-worthy world that is art house from the perspective of Hong.

This film is a re-imagination of the classic story of Macbeth, who is now a samurai found in feudal Japan. Akira Kurosawa took on the adaptation of this Shakespearean tragedy, translating the events of the story to fit with historical Japan. Despite the various liberties the film took from the original play, the film has received considerable praise from critics, even being called the most successful version of the film ever.

Translated to Still Walking, Hirokazu Kore-eda’s 2008 film examines 24 hours with a family as they commemorate the death of a son. The film has received universal acclaim from critics, receiving four out of four stars from Robert Ebert. The film also received nominations by the Belgian Syndicate of Cinema Critics for the Grand Prix.

In 2001, famed Taiwanese filmmaker Ang Lee moved away from creating Western period dramas to create this wild martial arts feature, which included action sequences and special effects. Featuring a cast full of Han Chinese actors, including Michelle Yeoh, Cow Yun-fat, Chang Chen, and Zhang Ziyi, the film resulted in a popularity boost for Chinese wuxia cinema, and the film has ranked onEmpire magazine’s list of the greatest movies of all times.

Set in mid-19th century Japan, this film was directed by Yoji Yamada and followed the life of low-ranking samurai Seibei Iguchi. While it was quite successful in Asia, the film was also nominated for an Academy Award for being his Best Foreign Language Film, the first nomination for Japan in 22 years. The film also won 12 Japanese Academy Awards, including Best Actor, Best Actress, Best Screenplay, and Best Picture.

This Japanese film was co-written and directed by Akira Kurosawa. It examines the struggles of a Tokyo bureaucrat as he attempts to find meaning in his life. Empire magazine has ranked it on its list of the 500 greatest films of all time and among the 100 best films of world cinema. Roger Ebert has also praised the film, calling it Kurosawa’s greatest accomplishment.

This 1969 Japanese drama was directed by Toshio Matsumoto, and it is a loose adaption of Oedipus Rexset in the underground homosexual counterculture of Tokyo in the 1960s. This was an important work for Japanese New Wave film, combining elements of art house and experimental cinema. The film served as a major influence on the 1971 film A Clockwork Orange.

This 1968 film was directed by Susumu Hani, and it is known as one of the director’s best works. Also known as The Inferno of First Love, the movie focuses on the pain that often accompanies adolescence. It was nominated for a Golden Bear award at the 1968 Berlin International Film Festival.

Do you have other suggestions for the best Asian movies online or Asian art house films of all time? Share them here!

Zara Jones is an active independent contributor who loves to share useful insights or updates on various topics and brings great information to her readers.