Tomatoes for Your Gout 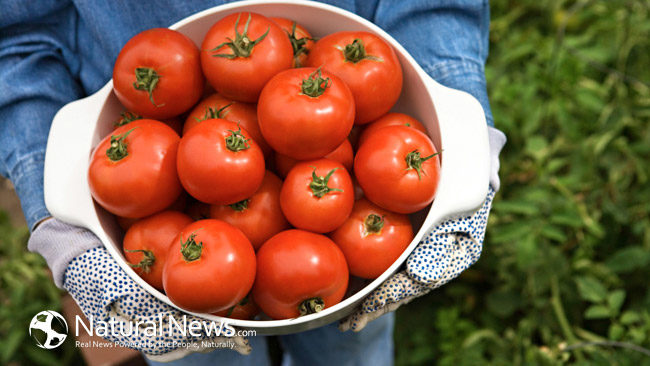 Gout and Tomatoes – Should You Avoid Tomatoes If You Suffer From Gout?

Patients suffering from gout are normally cautioned against eating certain foods believed to cause flares, leading to painful attacks. Seafood, alcohol and red meat are some of the notorious culprits in this category as they are believed to cause a spike in serum urate levels that then leads to gout attacks. Tomatoes, on the other hand, some quarters believe that may also cause flares in gout sufferers, but this is not entirely true and there are no research evidence to back such claims.

It should be made abundantly clear that tomatoes does not lead or trigger gout attacks and in any case, they may help in bringing relief to the patients. Gout sufferers should thus stop living in the lie that eating tomatoes may increase their chances of getting attacks.

To dispel the myth between gout and tomatoes, it would be prudent to have a look at some of the core ingredients in tomatoes. To begin with, tomatoes are 90% water, and water is very important in reducing the effects of gout. Secondly, tomatoes are considered as low purine foods, and it is only those foods high in purines that should be avoided by gout sufferers. Thirdly, tomatoes are low in sugar and carbs, hence they have no chance of increasing the blood sugar levels to trigger attacks.

The misconception that tomatoes may increase attacks in gout sufferers stems from the belief that tomatoes are slightly acidic – this may not be very good for patients suffering from gout. The truth of the matter, however, is that when tomatoes are cooked, they become slightly acidic in the body, but never to the levels that may cause gout bouts. If anything, both cooked and raw tomatoes come with immense health benefits which will also be greatly appreciated by gout patients. For instance, when the tomatoes are cooked, they release more lycopene and this comes with a horde of health benefits.

However, there are valid concerns about the contribution of glutamate in triggering the attacks. Glutamate is a compound known to stimulate or amplify urate synthesis by donating nitrogen during the synthesis process. It is thus believed that by acting as a stimulant in this process, it may also contribute to attacks, since high levels of purines is a known trigger. But further research is still necessary to come up with a clear determination on the relationship between tomatoes and gout.

Despite the lack of conclusive research-backed evidence on whether tomatoes can actually trigger gout attacks, a number of patients have bought into the fears and are afraid of using of tomatoes, lest they trigger painful attacks. In a survey conducted in New Zealand, tomatoes was ranked as the fourth commonly mentioned trigger after seafood, red meat and alcohol. But all these notwithstanding, it should be noted that tomatoes are very nutritious and highly suitable for gout patients. For the fear of increasing the levels of acids in the body through their consumption, it is highly recommended that they should be consumed raw and as part of overall balanced gout diet.

Spiro Koulouris is the author of the website goutandyou.com where he writes on different topics that relate to gout, helping educate the millions of gout patients who suffer from this painful disease around the world. His mission is to help educate gout sufferers on the importance of a change in lifestyle and how diet plays a big role in keeping gout attacks away. Spiro Koulouris has suffered from gout ever since he was diagnosed in his early 20s and lays out some of his experiments in battling gout.