It’s Time for Parents to Stop Worrying About Sexting 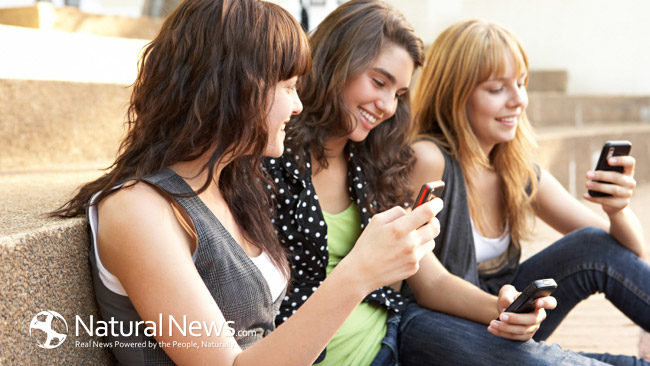 It seems that nearly every teenager has his or her own smartphone these days, which has made them fully able and equipped to use a host of apps to send pictures and videos to nearly anyone.

With this type of convenience literally in the palm of teenagers’ hands, the amount of risky behavior taking place is almost endless, and is sending parents (and politicians) into fits of hysteria.

Along with cyber-bullying and texting while driving, parents of teenagers with a smartphone are highly concerned about their teenager “sexting.”  However, recent research on teenagers and their promiscuous texting habits has shed some new light on the practice. Read on to learn about why experts are saying that while finding out that your child is “sexting” is never a comfortable situation, it certainly isn’t the worst thing in the world.

How Widespread is It?

It’s true that teenage sexting is nothing to take lightly; one in four teenagers have admitted to sending these promiscuous texts. Further, one in ten adolescents between the ages of 10 and 17 have sent explicit photos of themselves via their cell phone.

The main point of concern has been the idea that sexting leads adolescents toward sexual activity before they’re ready. Given that, it’s no wonder parents are concerned about their children’s texting habits. However, parents should feel a bit of relief, as sexting is not nearly as accurate of a predictor of sexual activity as it was previously believed to be.

What Does the Research Say?

Recent research on sexting in teenagers has shown that teens who engage in sexting are not necessarily sexually active yet and that these racy texts are an early indicator of a developing interest in sexuality – nothing more.

Furthermore, research has shown that teenagers who sext may not actually become sexually active until months or even years after this technology fueled exploration. While discovering that your child sexts is unsettling, as a parent it provides the perfect opportunity to have an open discussion about sex, before it’s too late.

An Opportunity for Education

Having the “sex talk” with your kids at just the right time is absolutely vital, and if a teenager is sending sexts, the time to have “the talk” is right now. After all, life is full of examples where rebellion is actually an opportunity in disguise.

Taking the time to educate teenagers on the physical and emotional risks that becoming sexually active brings is a huge preventative measure. Parents concerned about their child’s sexual activity after discovering sexting conversations also can use this opportunity to discuss methods of safe sexual activity in hopes to prevent STI’s or an unplanned pregnancies.

However, with teenage pregnancies on a continual drastic decline, it seems that parents, school programs, and medical professionals are already on the right track to prevent unplanned pregnancies.

Not a Gateway to Risky Behavior

Some of the other reasons why parents fret about their teenagers’ sexting habits are the other rebellious activities that they associate with it. Aside from becoming sexually active, if a parent discovers that their child has sent sexually illicit messages, they may also fear other dangerous activities. These include underage drinking and drug use, along with sexual activity with several partners.

However, this simply isn’t the case, as research from the University of Texas Medical Branch has uncovered. These psychologists found that a teenager’s sexting habits actually have little to no association with other dangerous activities. As it turns out, sexting is only directly correlated to sexual curiosity and potential sexual activity.

When you get right down to it, the teenage years have always been, and always will be, a time of curiosity and exploration. The prevalence of technology didn’t change that, but merely caused the way that teens explore their sexuality to evolve.

A Time for Understanding

As the teenage curiosity regarding sex can’t very well be extinguished, it seems that sexting may be a trend with staying power. This means that preventative conversations about the implications of sexting and sexual activity are highly important to have with your teenager.

So if you do find out that your teen sexts, don’t think of it as a telltale sign that your teen is sexually active, or headed down a dark road. Instead, use it as an opportunity to promote safely and sound judgment.