Three Natural Foods That Are Proven to Reduce Anxiety 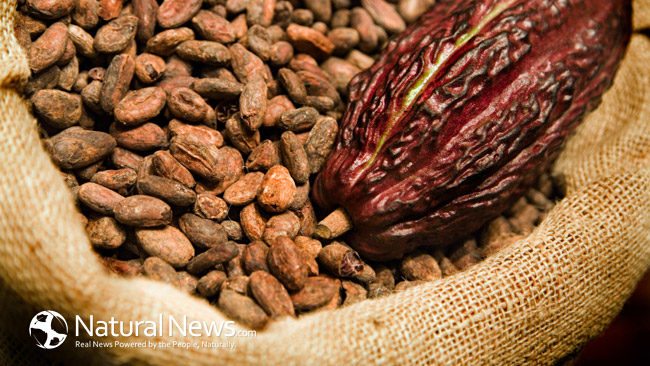 According to the Anxiety and Depression Association of America, anxiety disorders are the most common mental illness in the United States, affecting approximately 40 million adults aged 18 or older. Most of these disorders, which take on numerous forms but are typically accompanied by a constant or semi-constant state of worry or nervousness, can greatly affect the quality of one’s life if left untreated.

Though external factors (including genetics) can lead to anxiety, poor diets are also significant contributing factors as well. In fact, a study published in the American Journal of Psychiatry found that women who ate a Western diet of processed foods and refined carbohydrates were much more likely to be anxious or depressed that those who favored natural, whole foods. Therefore, preventing or even treating anxiety disorders could be as simple as improving one’s diet. The foods listed below are proven to be particularly effective in this regard.

Evidence continues to show that the omega-3 fatty acids (especially EPA and DNA) found in fatty fish such as sardines, tuna, mackerel, salmon, herring, and anchovies have a beneficial effect on our mood. For example, a study featured in Science Daily discovered that participants who had lower levels of omega-3 fatty acids in their bloodstream were more likely to suffer from depression, negative outlooks, and even impulsiveness compared to those with higher levels. Another study, published in the Brain, Behavior and Immunity journal in 2011, found that omega-3 fatty acids could reduce inflammation and anxiety in medical students. These results suggest that consuming more fresh fatty fish (or taking good quality fish oil supplements) can certainly help treat anxiety.

There’s a good reason why we feel much better after eating cacao or foods that contain it (such as dark chocolate): the beans of this exotic South American plant are bursting with high quantities of magnesium. This essential macromineral, which is responsible for over 300 biochemical reactions in the body, is nicknamed the “relaxation mineral” since anxiety, irritability, depression, and high blood pressure are its main deficiency symptoms – and, as it happens, up to 80 percent of the American population are believed to be deficient in magnesium. Therefore, adding some organic cacao powder or nibs to your diet is a great way to keep anxiety at bay.

Egg whites are one of the world’s finest sources of tryptophan, an essential amino acid that helps the brain to release feel-good chemicals, such as serotonin, that reduce anxiety and stress. Moreover, according to a report featured in Life Extension in May 2013, tryptophan supplementation “reduces biochemical markers of stress, particularly the hormone cortisol that has many deleterious effects in the human body.” The report also noted that tryptophan could reduce aggressiveness in men, relieve premenstrual symptoms in women and improve other conditions, such as insomnia, associated with stress and anxiety.

Other good sources of tryptophan include spirulina, cheese, sesame seeds, sunflower seeds, meat (especially turkey, beef, chicken, and lamb), milk, quinoa, and bananas. All of these foods, if consumed regularly, can help prevent or treat anxiety disorders – and without the unpleasant side effects associated with commercial drugs.