Thought Crime: The Death of Freedom 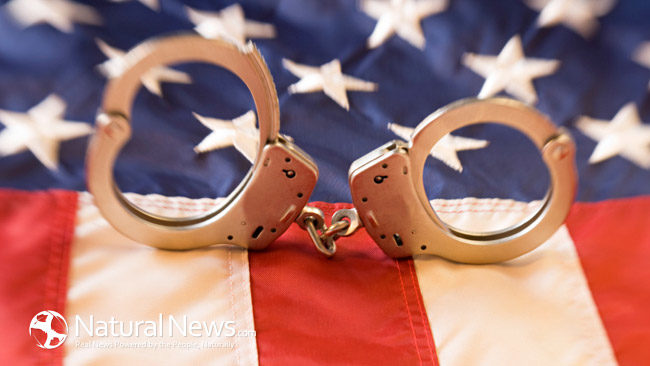 The subject that I am going to write about today is certainly not an easy one to cover. Given the nature of the subject matter at hand, it is a topic that usually elicits quite an emotional reaction from a great many people. Nonetheless, it is a subject that demands attention, especially in light of recent events.

Ursula Haverbeck is an 89 year old German woman. In May of this year, she began a two-year prison term in Germany. Given her advanced age, this could very well be a life sentence. Her crime? Asking probing questions about an historical event and holding opinions that run contrary to the accepted consensus of the collective population. In short, she is being held for the Orwellian transgression of ‘thought-crime.’

Mrs. Haverbeck, like so many others, has been thrown into a dungeon for questioning certain aspects of the fixed and rigid dogma of what has become known as ‘The Holocaust.’ More specifically, she is of the opinion that the Auschwitz/Birkenau internment camp was, in fact, a labor camp, and was not actually used to exterminate its inmates through the use of gas chambers. That is all. She did not cause physical harm to anybody; she was not found guilty of destroying property or being dishonest in any financial dealings. Nope. She is guilty of nothing more than expressing skepticism concerning one aspect of the entire WW2 phenomenon. Tragically, in many countries around the world including in the ‘Free West’ that is all it takes to have one’s freedom and right to a human existence deleted .

Before we go on, let me just add this qualifier to acquaint people with my position on this rather sensitive matter: There is no question in my mind that extraordinary amounts of people, a large majority of whom were Jewish, suffered terribly under Adolph Hitler in Nazi Germany. I am in no way attempting to minimize the suffering that these poor souls most assuredly endured, or endeavoring to somehow rehabilitate the image of the madman Hitler.

But my personal thoughts and opinions are not the point here. What concerns me, and what inspired this article, is the fact that an 89 year old grandmother can be incarcerated for nothing more than having an opinion of a historical event that differs from the majority. Such censorship of opinion and free thought sets a very dangerous precedent and should be alarming to even the most indifferent observer.

In America, we are beginning to see this same stifling of dissent seep into other areas of our day-to-day lives as well. See my article entitled: ‘When Discussion of a Crime Becomes a Crime.‘

Ursula Haverbeck isn’t the only one who has felt the extremely barbarous fallout from such Orwellian ‘transgressions’ either, far from it.
Included amongst the ranks of people who have done hard time for attempting to scrutinize certain elements of the Holocaust narrative, regardless of how minute, we find: World renowned historian, David Irving; revisionist historian Ernst Zundel; lawyer Sylvia Stolz; chemist Germar Rudolf; premier execution technician, Fred Leuchter, and more recently, Canadian citizen Monika Schaefer – among many others from various disciplines and walks of life.

What makes these imprisonments even more inhumane is the fact that in Germany, the laws prohibiting articulation of certain events surrounding WW2 are entirely at odds with the mandates laid out by the International Covenant on Civil and Political Rights (ICCPR) to which Germany has been a party to since the 1970’s.

The ICCPR is a treaty adopted by the U.N General Assembly that is supposed to ensure that its parties respect the civil and political rights of individuals, including freedom of speech.

It would seem that this alone should provide ample force to obliterate the Inquisition-style dictum in play here that ‘Error has no rights’ and allow those who object to the chronicles of ‘officialdom’ to go on believing whatever they may choose without threat of punishment. Unfortunately, it seems that the despots in Germany pay about as much fidelity to the ICCPR charter as those in America do the U.S. Constitution.

How is it that the facts of any historical event are so entrenched as to be above scrutiny? Isn’t it by hypothesis and scientific analysis that we get a better understanding of our past? Why is this process of historical excavation not allowed when it comes to certain incidents that are supposed to have occurred during World War 2?

We can argue and debate the causes and minutiae of the Civil War all day long until we are blue in the face and no one will be sentenced to jail for their particular point of view, regardless of how misguided or uninformed it may be. Since when was having an unpopular opinion a reason to get thrown in the clink anyhow? We have people who say that the earth is flat, hollow or even a hologram; we have those who claim that the sun is a transformer that generates its energy from an unseen world; we even have those who deny entirely the life of Jesus Christ. Far from being punishable by law, all of these are seen as genuine topics for debate, if perhaps a bit far-fetched. Ghoulish penalties for those who dare to think freely without consideration for the strict parameters imposed by mainstream consensus reality harken back to the Dark Ages; a time when those bold enough to challenge the prevailing scientific or ideological standards were severely persecuted.

In closing, I leave you with this: Truth never fears scrutiny, nor does it need to be protected by a shroud of impenetrable immunity from investigation. It is an unforgivable sin to incarcerate people for daring to be so brazen as to go against the grain of ‘established history’ and cultivate their own opinions and conclusions by whatever methods they employ to arrive at them. If it wasn’t for such critique in other areas of our history we would not have anywhere near the understanding of ourselves, our past, or the world in which we inhabit, that we have today. Free Monika Shaefer! Free Ursula Haverbeck! and free ourselves and our consciences from the suffocating grip of the modern age thought-police and their abhorrent inquisition.