This Memorial Day, I pledge to defend the freedoms our ancestors fought for, even in the face of escalating tyranny 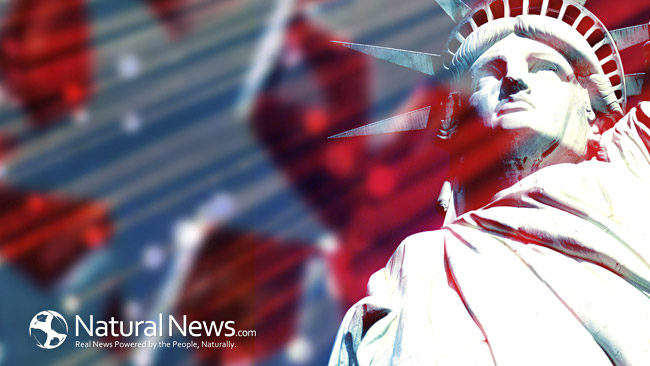 (NaturalNews) The story of America is the story of a rag-tag band of passionate individuals demanding freedom from oppression, intimidation and tyranny. They didn’t merely demand it with public protests; they demanded it with force… on the streets of Lexington and Concord, the beaches of Normandy and everywhere that the men and women of America have fought to defend the ideals that made America the greatest nation in the world.

These people swore an oath to defend the United States Constitution against all enemies, and they made good on that oath through their determined actions. Many gave their lives in battle, and once a year we strive to remember them with each Memorial Day holiday.

But remembering them is not nearly enough.

To honor the fallen, we must take their place in today’s battle against tyranny

If we really wish to honor their memory and their sacrifice, we must defend what they fought for. Defend liberty across America. Defend the Constitution against all enemies. Demand freedom from tyranny, oppression and intimidation.

Most importantly, if we deeply honor the sacrifices that our ancestors made in this question for freedom and liberty, we must defend what they fought for even from those who now seek to destroy America from within.

President Obama, Eric Holder and all those in the Obama administration now cast great dishonor upon our ancestors through their relentless assaults on liberty, their outrageous abuse of power and their criminalization of journalism. The Obama administration is steeped in secret drone assassinations, secret military prisons, secret agendas and the ever-incrementing centralization of federal power at the expense of decentralized liberty. Obama and his operatives are at war with America. It is a different kind of war than the Revolutionary War or World War II, but its effects are just as insidious: the destruction of America, her economy, her values, her culture and her future.

Under Obama’s watch, the majority has, by active vote or refusal to interfere, killed hundreds of innocents — including three Americans — by drone, permitted federal agents to write their own search warrants, bombed Libya into tribal lawlessness without a declaration of war so that a mob there killed our ambassador with impunity, attempted to force the Roman Catholic Church to purchase insurance policies that cover artificial birth control, euthanasia and abortion, ordered your doctor to ask you whether you own guns, used the IRS to intimidate outspoken conservatives, seized the telephone records of newspaper reporters without lawful authority and in violation of court rules, and obtained a search warrant against one of my Fox colleagues by misrepresenting his true status to a federal judge.

Continue the fight with the info weapons we still have available

Today, in the memory of all those who stood their ground and fought against tyranny, oppression and lawlessness, I pledge to fight for freedom and liberty using today’s modern “weapons” of information and electronic publishing. Although our efforts here at Natural News reflect merely a fraction of the courage and determination our ancestors demonstrated when they marched with rifles against a seemingly unstoppable occupying force, our effort are nonetheless instrumental in beating back the tyranny that has infected our modern-day system of government.

Today we suffer under a government that believes it has no limits on its power. No need to follow any law. The IRS is used to intimidate political enemies. The DOJ is used to intimidate the free press. The FDA is used to threaten and intimidate natural product companies that offer real, safe and effective treatments and cures against the very chronic disease that’s destroying the health of our population. We are living under a tyranny that is unacceptable. We the People are determined to restore the Republic and sufficiently limit the role of government down to its constitutional size and scope. Only then can we truly be a free people. Only then can we know we are safe in our homes, our farms and our jobs… safe from government kidnappings, surveillance or armed raids on the innocent.

Recognize that we are already deep into the territory of tyranny, and it is only through the dedicated efforts of infowarriors, online freedom fighters, activists and libertarians that we can restore the ideals and freedoms that our ancestors fought and died for.

Fire your own “truth artillery” directly into enemy lines

This Memorial Day, I commit to the memory of those brave men and women who fought for our freedoms by continuing their fight using today’s technologies and communication systems. My name is Mike Adams, the Health Ranger, and I hope you will join me in this effort each and every day as we unleash “truth artillery” across the internet by publishing articles that enlighten, inform and entertain.

Thank you for your ongoing support. And let us all give thanks that our ancestors had the courage to do what was right in years past so that we might have the opportunity to even discuss such topics without being “disappeared” by the government. Spread the word: Liberty is worth fighting for.