Thirteen of the Best Brain Foods 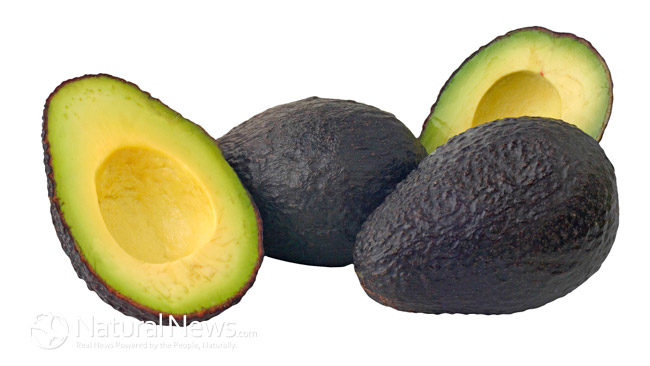 For strength and cognitive ability, the brain depends upon a healthy diet. Just like the rest of the body, the brain will suffer if it is not provided with the proper nutrients. Thankfully, certain foods are especially valuable for the brain. These foods contain the vitamins, minerals, and nutrients most needed to maintain a strong, capable mind. Here are thirteen of them.

1. Avocados. This rich, delicious fruit is stocked with monounsaturated fat. While fat has a bad reputation, monounsaturated fat is a valuable healthy fat. By keeping the cardiovascular system healthy and lowering blood pressure, monounsaturated fats help the brain receive sufficient blood flow, and also reduce the risk of strokes. Besides its direct value to the brain, avocados are also packed with antioxidants, a kind of molecule adept at battling disease-causing and cell-damaging free radicals. Significant totals of B vitamins, vitamin C, fiber, and phytonutrients are also found in the fruit.

2. Walnuts. Walnuts are an excellent source of invaluable omega-3 fatty acids. Many basic bodily functions are keyed by omega-3 fatty acids, making their consumption crucial to healthy living. A natural anti-inflammatory, omega-3 fatty acids are especially important to the brain. In addition, walnuts contain large amounts of vitamin E. Vitamin E (a type of antioxidant) has been found to lower the risk of getting the brain-destroying disease Alzheimer’s. Finally, walnuts are one of best natural defenders against heart disease.

3 Blackberries. Tasty on their own, blackberries are also great for the brain. Blackberries are filled with beneficial flavonoids of various kinds. The most prominent of these are anthocyanins, which research has shown may be able to enhance memory skills and hinder the growth of cancer cells. Vitamin A, manganese, and copious amounts of fiber are found in blackberries too. Like other berries, blackberries can also help the brain retain its ability to remove toxic proteins that contribute to age-related memory loss.

4. Blueberry. A simple, natural snack food, blueberries are as healthy as they are delicious. A slew of scientific studies have turned up strong evidence that blueberries can help the brain — such as by slowing the rate of cognitive decline, relieving the negative effects of dementia and Alzheimer’s, and protecting from oxidative stress (a process that results in the creation of free radicals). Blueberries also have some of the highest totals of antioxidants found in any food (in the form of both flavonoids and plant compounds called pterostilbenes), as well as vital substances like vitamin K, manganese, vitamin C, and phosphorus.

5. Spinach. Like kale and other leafy greens, spinach is extremely healthy. Leafy greens are high in vitamin E (as well as folate). Research has found that the brains of those who eat the most leafy green vegetables operate as if they were younger than they actually are. Sufficient consumption of dark, green, leafy veggies may also provide a boost to memory and postpone the onset of dementia by improving blood flow to the brain. Spinach itself is particularly rich in vitamin A, vitamin K, and manganese.

6. Wine. Yes, wine—which in excess can do so much harm to critical thinking, judgment, and self-control — can actually be good for the brain too. The key is to only consume in moderation, so that wine will do more good than harm. Wine benefits the brain because it contains an antioxidant called epigallocatechin-3-gallate (or simply ECGC), which can stop certain dangerous proteins from harming brain cells and building up damaging plaques in the brain.

7. Salmon. Salmon is an even better source than walnuts for those incredible omega-3 fatty acids. Omega-3 fatty acids are so important for the brain because one of those acids (docosahexaenoic acid, or DHA) is critical for proper neuron functioning. If the blood has sufficient levels of DHA, the brain will work more efficiently. Research has shown that those who don’t consume enough omega-3s have smaller brain volumes, and do worse on some tests of brain performance. Salmon is also high in selenium, potassium, and B vitamins.

8. Sunflower seeds. Both a convenient snack food and a versatile ingredient usable in many different dishes, sunflower seeds contain significant amounts of vitamin E, which can protect from or slow down cognitive decline. Sunflower seeds are a good source for protein and beneficial unsaturated fats as well. It is important to note that sunflower seeds are only healthy in their raw (rather than fried or salted) form.

9. Peanuts and peanut butter. While peanuts and peanut products do have lots of fat, that fat is primarily of the nutritious, unsaturated sort. Neither the brain nor the heart can function at their best without plenty of good, healthy fats. In addition, vitamin E, potassium, and protein are found in abundance in peanuts, as well as smaller amounts of magnesium and B vitamins. For the healthiest peanut butter possible, consumers should choose all-natural brands with little sugar or salt.

10. Green tea. One of the world’s most popular drinks, green tea has long been known for its health benefits. Studies have shown that green tea (which can improve blood flow) lowers a person’s risk of both strokes and heart attacks. Green tea also provides the body with antioxidants such as catechins (a kind of plant compound). One of catechins is ECGC, which (besides aiding the brain) has cancer-fighting properties and promotes a healthy weight.

11. Celery. This vegetable gives the brain a leg up because it contains a large dose of the plant compound luteolin. Inflammation in the brain (one of the biggest contributors to reduced cognitive function) can be relieved by luteolin. Luteolin also protects from cell proteins called cytokines that, while normally beneficial, can trigger inflammation if they are in too much abundance.

12. Dark chocolate. Believe it or not, chocolate can be healthy. In dark chocolate are found large quantities of antioxidants known as flavonoids, which help the brain by providing a boost to blood vessel function (among other health benefits). Plus, dark chocolate contains nutrients such as fiber, iron, and magnesium. For maximum health benefit, only chocolate with a high cacao content and relatively small amounts of sugar and fat should be consumed, and then only in moderation.

13. Chia seeds. Another valuable source of omega-3 fatty acids, chia seeds are an edible flowering plant known for their healthy properties. Chia seeds possess potassium, calcium, iron, magnesium, manganese, phosphorus, vitamin C, and especially large amounts of fiber and protein. Multiple kinds of disease-fighting antioxidants can also be found in chia seeds. Avertile food, chia seeds have a long shelf life and many potential uses in cooking.
Ultimately, well being and happiness depend upon having a strong, capable, healthy brain.

The brain is the body’s most crucial organ, so shortchanging it of nutrients is extremely foolish. That’s why eating more of the thirteen amazing brain foods described in this article is such a great idea.

Maggie Martin is very passionate about healthy living and has been writing about Food and Healthy Lifestyles. When she is not busy, she takes interest in a variety of things such as lifestyle, food, health, herbal medicine, and the benefits of turmeric. Follow her on Twitter @Maggiemartink