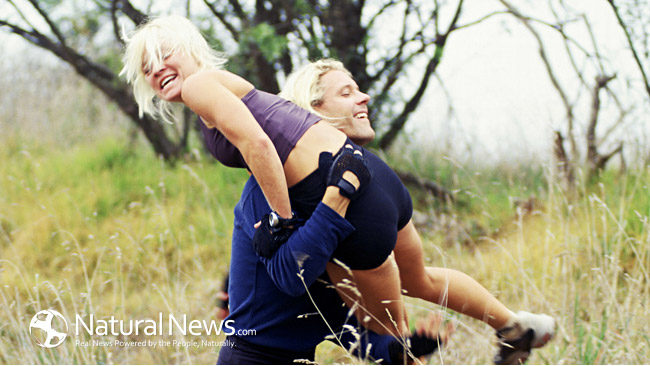 It’s not uncommon for many people to dread the thought of exercise. Just mention of the word, “exercise” is often enough to make them sneer at their sneakers, before they even lace up. They feel every workout must be taken very seriously, which is often conveyed to people through a deeply furrowed brow and incessant peeks at gadgets designed to track calories and distances.

However, a published study suggests that taking exercise too seriously may hinder weight loss progress and that one’s mindset as they engage in physical activity may alter their post-workout eating habits and overall mood (1). Here’s the deal.

In the study, overweight women were given a map of the same one-mile course. One group was told to walk the course and approach their physical activity as exercise that should be monitored and taken extremely seriously. The other group was asked to walk the course, but nothing of “exercise” was mentioned. Instead, they were given music to listen to and told their walk should be enjoyable and fun.

Have fun, eat healthier after working out?

Several foods awaited both groups as they finished their walks, filled with both healthy and unhealthy choices. Those who held the more hardcore mindset selected foods such as soda and chocolate pudding, while those who engaged in their walk with a fun outlook gravitated towards water and more healthful desserts.

The findings are reinforced through other experiments conducted by the same researchers, this time involving men. They too, were told to think of their walk in the same way the groups of women were. At the end of their walk, the men who viewed their activity as serious exercise put two times as much candy in their participation thank you bag than the other men (1).

The obvious conclusion in both cases is that not enjoying a workout may lead to eating unhealthy foods after a workout, in turn leading to weight gain.

Some theories may help explain why those who worked out with the more serious approach ate more, or chose unhealthy options.

Dr. Carolina O.C. Werle, leader of the study and associate professor of marketing at the Grenoble School of Management in France, says it may have to do with psychological desires to be rewarded, in addition to a host of other factors including genetics, hormones and brain activity (1). In a nutshell, those who felt they enjoyed their “exercise” likely didn’t feel the need to seek further enjoyment through eating sugary foods, since they were already satisfied due to their pleasant walking experience beforehand.

“The more fun we have,” says Dr. Werle, “the less we’ll feel the need to compensate for the effort” with food. “We can frame our workouts in different ways,” she adds, “by focusing on whatever we consider fun about it, such as listening to our favorite music or chatting with a friend” during a group walk.

Personally, making my exercise routine fun includes everything from walking local trails with positive-thinking friends to appreciating the little moments in the gym that make me smile. In my blog, FlabbyRoad.com, I wrote about how it’s important to take note of, and appreciate, gym moments that are smile-worthy, if for no other reason than that they generate feelings of happiness and inspiration.

Another explanation behind the exercise/eating link could be that people who work out with more intensity are indeed hungrier. Debra Wein, an exercise physiologist and registered dietitian at the University of Massachusetts in Boston and president of The Sensible Nutrition Connection, says, “Your cells are literally hungry for fuel after a hard workout because you’ve used up a lot of your carbohydrate stores. Carbohydrates are stored in muscle as glycogen, and the harder you work out the more you burn (2).”

Clearly though, the key point in the study is that some people chose unhealthy foods over better ones, or ate double the portion than other participants (in the case of the men), which only results in weight gain or weight loss plateaus.

When eating after a workout, it’s best to choose foods that aid in muscle repair and boost overall health. Experts like Nutrition Specialist Prachi Baxi, who has a double masters degree in Clinical Nutrition and Public Health Nutrition, suggests that foods such as smoothies containing natural peanut butters are ideal, as are eggs and Greek yogurts (3). I’m a fan of smoothies containing sunflower seed butter, many of which can be found on RawandNaturalHealth.com, where there’s tons of healthy recipes and articles.

So what are you waiting for? Whether you need to lose weight or not, get out there and . . . have fun!