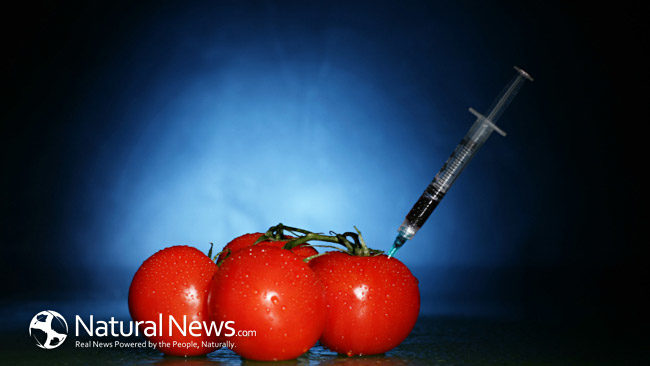 You think you’re being healthy by buying so called health foods, but do you really know what they’re made of? Weight Watchers, Lean Cuisine, Healthy Choice, V8, Snackwells, Powerbar, Luna, Smart Ones, Morningstar, Green Giant, Ocean Spray, and Quaker are just a few examples of the major brands who still use and support genetically modified organisms (GMO’s). You’ve probably heard about GMO’s, but do you realize these foods continue to alter your DNA even after you stop consuming them??

What does GMO mean?

Genetically Modified Organisms are plants or animals that have been bioengineered to merge DNA from different species. Some of these GM foods like corn and cotton are designed to produce their own pesticide in every cell so that the bugs that eat them will die. Almost all other countries declined using gmo’s since there is no evidence proving that they’re safe, but the US decided otherwise in the early 90′s and we’ve all been part of the science experiment ever since. As time goes by more and more studies prove those other countries were all right.

…Buffalo who had been eating cotton for 8 years all die within 3 days of eating gmo cotton, Death rates double in chickens eating gmo’s, Thousands of sheep die within 30 days after switching to gmo cotton and autopsies show severe inflammation and black patches in both intestines and liver, Rats develop bleeding stomachs and die after eating gmo tomatoes for 2 weeks, Most baby rats died after mothers fed gmo soy, Thousands of pigs/cows/bulls/rats are now sterile after consuming gm corn……

If we eat gmo foods OUR DNA becomes altered permanently just like in animals. The GM soy gene transfers into our intestinal dna and continues to produce pesticides even after you stop eating gmo foods. GMO’s are in at least 80% of processed foods if not more. If we keep supporting these companies nothing will change, except for the increased number of miscarriages, spontaneous abortions, infertility, gastrointestinal disorders, cancer, and food allergies that have been on the rise since the induction of gmo’s. The incidence of people who experience 3 or more chronic diseases nearly doubled in the first 9 years since the introduction of gmo’s. Sperm counts have dropped as much as 50% since the 1970′s. 85% decline in monarch butterfly populations since RoundUp was introduced. Death, massive tumors, infertility, intestinal hemorrhaging where the animals bleed out in minutes are all occurring with gmo diets. What else do we need to see?? Should we trust a product that comes from the makers of Agent Orange, PCB’s, Aspartame, and DDT’s?? I could go on all day, but these were just a few facts I wanted to share with you. I know you’re probably thinking it’s impossible to avoid these products, but I’ve done it and I know you can too.

How can you afford organic?

I used to be such a penny pincher, cutting coupons, and buying what I thought were healthy foods. Once I learned that 95% of soy and 90% of corn were gmo I realized that pretty much any processed product had one or both of these ingredients. Corn syrup is in just about everything and all those coupons are geared towards these gmo items. So I stopped wasting my time on coupons, stopped buying processed foods which are loaded with additives to increase addictiveness, and just stuck with whole foods. I quickly learned that we fill up faster on real whole organic food so while organic may be more expensive, we’re not buying the processed junk that was just as expensive if not more. Then I found a local organic farmer who sells better quality food for about half the price most grocery stores charge. Many studies prove organic foods have far more vitamins, minerals, and antioxidants vs. non organic and the sooner we eat them after harvesting the higher these nutrients will be.

Now the rest of my essentials can be found online. With amazon subscriptions I can get basics like toilet paper, almonds, organic bars, vinegar, and baking soda automatically delivered each month with an extra %15 off. I prefer buying organic chicken broth online because I can choose to purchase the 8 ounce containers in bulk instead of a large container from the local store that I won’t be able to use before it spoils. Organic apple chips on amazon are cheaper than I’ve found anywhere else. TJMaxx also carries an organic section with coconut oil, quinoa and buckwheat crackers, goldenberries, chia seeds, flax and more.

Where do I start?

Start by educating your family.

Go local. Get to know your farmers or grown your own.

Clean out the pantry and the fridge. There are safe replacements for just about anything, you just have to look for them.

After a short time on organics and allowing your body to heal your immune response will be much stronger than before, if you slip up and eat garbage again your body will definitely let you know.

You are worth a few extra dollars to not have your intestines hemorrhage or to be able to have children one day.

About the Author: Emily Smith is a RN-BSN and Holistic Health Coach who counsels patients all over the world. Visit Organic Holistic Healing for more information.