There Is a Treatment for Depression, But It’s Not What You Think 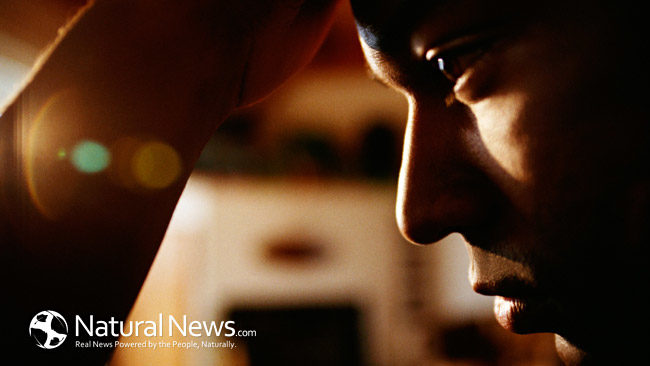 Major depression disorder (MDD) has been ravaging the United States recently. A recent Blue Cross Blue Shield report shows that over 9 million Americans have been diagnosed with major depression—an increase of over 33 percent since 2013. This increase is most dramatic in teens as the diagnosis in adolescent boys is up 47 percent and diagnosis in teen girls is up a staggering 65 percent.

There are, of course, multiple factors in the increase in diagnosis. Aside from increased diagnostics and broader inclusion criteria, there are several factors in modern life which could increase diagnoses: increased screen time/social media usage, increased hormonal contraception usage, and worse diet.

While psychotherapy and alternative methods are often recommended, antidepressants are the most commonly prescribed treatment modality. Many antidepressants, however, carry the risk of severe side effects including suicidal and homicidal ideation. This may be a result of the fact that doctors and researchers don’t even have a clear understanding of how they work. Ever since Joseph Schildkraut proposed the chemical imbalance theory of major depression, it has been taken for granted. But the theory has turned out to be more of an urban legend than solid science. There’s just no evidence for it.

The chemical imbalance theory is a myth

The selective serotonin reuptake inhibitor (SSRI) Prozac, for instance, raises serotonin levels within hours of ingestion but it tends to take weeks to improve mood. Tianeptine, on the other hand, is an antidepressant that reduces serotonin instead of increasing it. A comprehensive 2002 study found that 80 percent of the results of antidepressants were duplicated in the placebo group and that improvement on the highest dose was no different than improvement on the lowest dose. And most damning are the studies that show absolutely no difference in serotonin or other neurotransmitter availability in people with depression: “The literature … strongly suggests that the depletion of brain norepinephrine, dopamine or serotonin is in itself not sufficient to account for the development of the clinical syndrome of depression.”

As psychiatrist and psychopharmacologist David Healy wrote, “The lowered serotonin story took root in the public domain rather than in psychopharmacology. This public [conception of] serotonin was like Freud’s notion of libido—vague, amorphous,and incapable of exploration—a piece of biobabble.”

Many people find that antidepressants help and they cannot be convinced that the drugs could be doing long-term damage. As two researchers explained, “Patients who are convinced they are suffering from a neurotransmitter defect are likely to request a prescription for antidepressants, and may be skeptical of physicians who suggest other interventions, such as cognitive-behavioral therapy.”

The imbalance theory is a straightforward idea that’s easy to grasp and patients accept it more readily than the complex truth. As Healy continued, “For patients, the idea of correcting an abnormality has a moral force that can be expected to overcome the scruples some might have had about taking a tranquilliser, especially when packaged in the appealing form that distress is not a weakness.”

For those who struggle with depression or who care for those with depression, acknowledgement of negative side effects of antidepressants can be difficult. The treatment seems to be helping, so why rock the boat? It doesn’t make sense to tell someone a helpful treatment is actually harmful if you don’t have a healthier and more effective alternative.

Thankfully, we are finding just that in the literature on inflammation and depression.

Depression may be caused by inflammation

Inflammation is the complex bodily reaction to pathogenic stimuli. Most notably, it involves the release of inflammatory cytokines from immune cells like helper T cells and macrophages. For years, research has shown that depression is linked to inflammation: “Studies consistently report that groups of individuals with MDD demonstrate increased levels of a variety of peripheral inflammatory biomarkers when compared with groups of nondepressed individuals.”

One study found that the antiviral drug interferon-α increases depression by activating cytokines. Another has also documented that therapies as diverse as antidepressant drugs, electroconvulsive therapy, and physical activity has affected these cytokines in various ways.

So, there is a clear correlation between the immune response and the mental disorder of depression. The theory is that behaviors of avoidance and alarm accompanying illness may have provided an evolutionary benefit to early human groups but now result in debilitating depression in modern humans. And since modern immune systems are on overdrive due to malnutrition and autoimmune conditions, it is beginning to look like depression might not be a mental disorder but instead a natural immune response.

So what’s the cure?

The literature is pointing to the startling conclusion that powerful, mind-altering pharmaceuticals may not be the best or even a valid treatment for depression. Antidepressant drugs—specifically SSRIs—target a neurotransmitter that may or may not have anything at all to do with depression. They may make some people feel better but they do so either through the placebo effect or simply by masking the symptoms. In the worst cases, they make the person suicidal or homicidal.

The cure to depression, instead, appears to be the mitigation of the natural or unnatural inflammatory response or over-response throughout the body. This can be done by several means, many of which are non-medical. While less harmful drugs such as nonsteroidal anti-inflammatory drugs (NSAIDs), cytokine inhibitors, and statins have all shown positive effects on the reduction of inflammation and depression to varying degrees, there are also dietary options to reduce inflammation. Polyunsaturated fatty acids (found in fatty fish) and curcumin (found in turmeric) have been shown to be effective anti-inflammatory agents. More importantly, however, is eliminating inflammatory foods from your diet. These include:

If you are feeling chronically depressed, there is good news for you. You can start on the road to better mental health as soon as your next bite to eat.

JSB Morse is a husband and father and an author, entrepreneur, and philosopher. His latest project is Paleo Family, which he co-authored with his wife. He has written several critically acclaimed novels including the political thriller "Gods of Ruin" and the spiritual fiction "Now and at the Hour of Our Death" and the "Take Advantage" non-fiction series. He paints, creates web applications, and writes/produces music under the name Whacktus. He lives in New Orleans with his wife Gina Maria and their family.