The Secret to Achieving the Perfect Skin 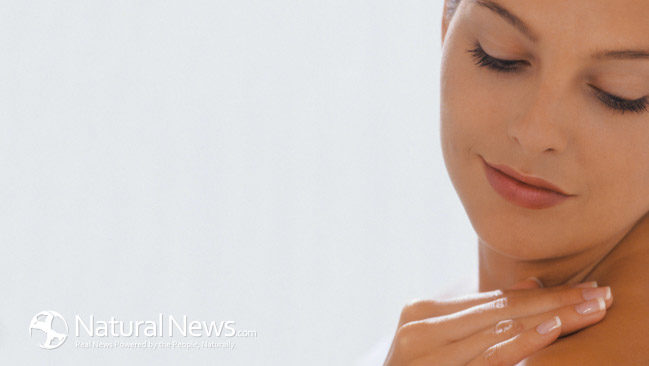 Henna has always been known as the beauty tips of temporary body decoration; it has always been the first choice for those terrified or unsure of getting permanent tattoos and for those who want to experience a little decoration on their skin sans both the blood and pain. They’ve always been known and used for their ability to create semi-permanent marks on the skin, but little does everyone else know that henna also has various other uses aside from this. Moreover, not a lot of people even have any ideas on where the “black stuff” comes from, let alone its history.

Henna, or as the Hindi and other Middle Easterners like to call “hinna”, is actually a plant found in northern Africa, western and southern Asia and northern Australasia. The henna plant is scientifically referred to as Lawsonia inermis but is also called by the following names: Egyptian privet, henna tree, hinna and the mignonette tree. It belongs to the Lawsonia genus of plants and is even able to bear flowers that grow from twelve to fifteen feet in height.

It has also been long used in countries with hot climates and deserts for its cooling properties. People from the Middle East first used the henna plant as some sort of cooling lotion; they often made a paste out of the plant before soaking both their hands and feet in the mixture and feeling its cool, menthol-like effects. The stains the plant left on their skin provided the cooling effect users experienced; as long as the stains remained, so did the cooling sensations.

The stains the plant gave almost always left patterns on people’s skin before fading away, which gave users the idea of using them as some sort of skin decoration. Thus, the birth of temporary skin tattoos and the art of henna, or as the Middle Easterners and Hindi would like to call the practice of “mehndi” was born. Mehndi has often referred to the painting of delicate and complex designs to one’s skin with the use of the henna plant. Even back then, henna was all the rage; it didn’t matter whether you were rich or poor, it was simply a great way to add intricate designs to your skin without spending a lot on jewelry.

It has also been said that the art itself has been around for about 5000 years and has been a common practice between Middle Eastern women. History even claims that Cleopatra herself was a big fan of henna tattoos and often used them to decorate her body and as a way to cool herself amidst Egypt’s warm climate. Another historical henna fact from ancient Egypt states that the dead were also painted with henna tattoos before being mummified to ensure safe passage into the underworld.

Nowadays, henna tattoos have gained popularity and praise from different parts of the world. Many Hollywood celebrities have been spotted sporting henna tattoos to make a fashion statement. News of it soon spread all over the news and henna tattoos became a huge trend in the West. These tattoos have also spread to other Asian countries and have even become popular tourist practices in beaches and other hot spots. Henna tattoos have also been used as a means of expression—a tattoo can possess numerous meanings for both the tattoo artist and the person being tattooed.

Despite the growing popularity of permanent tattoos, Middle Eastern practices of henna tattooing still exist and are being used to this day. In fact, they’re actually of much importance in certain life events. In weddings, brides are given intricately designed henna tattoos to paint their hands and feet in as a symbol of beauty and love. Pregnancies are also often celebrated with belly henna tattoos to give good luck and good health to the future baby. Even cancer patients that have lost their hair through chemotherapy or radiation sessions are given head henna tattoos to somehow ease the emotional pain and detachment losing one’s hair brings.

If it isn’t obvious enough, the word “henna” is actually of Arabic descent. Long before English translations were popularized and used, the Arabs often called the henna plant “hinna” and referred to them as the plants used in dyes and ceremonies. Although the plant is famed for its ability to leave semi-permanent stains, not many know that the henna plant also offers a lot of other uses. What was often thought of as a plant exclusive to tattoos actually has uses in cosmetics, medicine and even fashion. It’s amazing how a simple plant finds many uses in various fields, and even more amazing how it has managed to help people from around the world.

The henna plant has even made a lasting impression in the world of medicine; the plant is considered an herb and is said to possess healing qualities. Applied topically, the henna plant has long been used in the ancient times as a cure for burns, stomach pains, headaches, fevers and for some fungi-related diseases. It speeds up the healing process and reduces inflammation and blood pressure; it has even been used to prevent hair fall! The henna plant also cures sunburns and prevents the skin from drying up in even the hottest of days.

Various parts of the henna plant possess their own medicinal uses; the plant’s seeds, bark and oil are often the most used in treating ailments. Since the plant contains a high concentration of vitamins and nutrients, it has been found to have antiviral, hypotensive, antibacterial, astringent and anti-inflammatory effects and has been widely used in the Middle East for the treatment of common illnesses.

It’s quite unexpected how a simple plant can find its way into the fashion industry; the henna plant’s dye has also been used to color fabrics like silk, wool, leather and satin. In addition to that, it’s even been used to add color to nail polish and to hair and skin dyes. In fact, people from long ago used to extract the plant’s juices to use as nail colorings and to temporarily dye their skin a reddish color. From that practice then came the concept of using henna dye as a temporary means to achieving a “tanned” look. It has been said that the dye could almost even be as good as a spray tan because of the reddish-orange color it gives.

The quality of the henna plant’s color is largely dependent on the climate of the place it grows on. The plant prefers to grow on places that are hot and humid, preferably in temperatures that may reach up to 120 degrees Fahrenheit. The plant contains a larger amount of dye when subjected within these temperatures, but then wilts when exposed to temperatures below 50 degrees Fahrenheit. Since temperatures this high are often found in countries with warm climates, it can also be said that the henna plant grows well in dry soil.

If you need more info or you have any suggestion visit us: wellnessflower.com