The Science of Liberty – History and Specifics 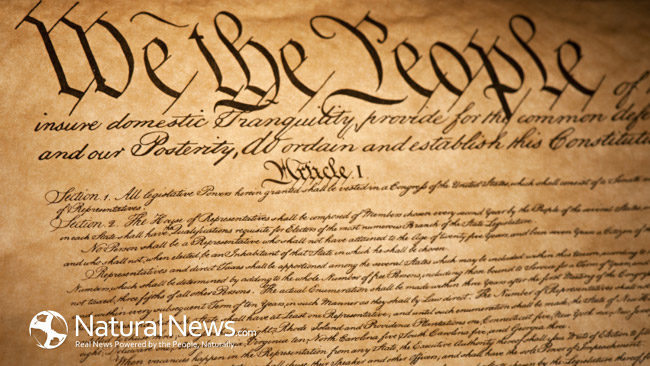 The Science of Liberty – History and Specifics

How would you force government to acknowledge and respect the rights of every individual? A concrete answer to this is necessary in the earthly realm. Chains must be put on the powers of the state. Restrictions on governments natural will to rise like a tide and drown everything. Some kind of contract, in a proper environment, is needed for this end.

Let’s go through some of the first specifics.

1. Why there can’t be any exceptions, and the concept of setting precedents

In a free environment, there can be no exceptions to the Natural Rights.

Eventually in history, certain minority groups or individuals have often had just their rights disrespected, whether because of their ethnicity and background, or because of their controversial speech. And here a dangerous precedent has then been set. It has made it okay for the state to take the freedom of those they claim to not deserve it. The cage in which the creature of government was a prisoner, has been opened, and no one is safe.

The precedent has been set, and will always be used to justify the same ‘exception’, over and over again, until it is no longer an exception, but a rule. That is because power tends to corrupt.

Clearly, a violation of just a few people’s rights, will spread like a wildfire, and consume the rights of us all.

The reason that government will take any chance it gets to maximize their power and minimize the people’s, was explained in a simple way, by Lord Acton;

This actually means something. Even if you hold the state in its place at first, as soon as you let go, like the pull of a magnate it will fall back towards the position of a tyranny. As if a dam has been broken, a flood of despotism will drown the land.

Of course for a while, a wise philosopher king may rule. And his rule may be just. But the day will come when his time in this life is over, and like the unpredictable weather of a new day, a new successor will take the throne of power. As long as there is no protection, it is just a matter of time before a despot will sit on the throne. For unlike most good people they are the ones who crave that power.

In 476 AD it could be said that the Western Roman Empire had finally fallen. A Germanic chieftain had deposed the last of the emperors. A long time had gone since the warnings of Cicero. And a cycle had come to an end; A monarchy, overthrown and made a republic, and a republic, transformed into an empire, and then the fall. The philosopher may dwell upon; what would have become of the republic had it already had Christendom in its time?

From this complex time of fiery change, a new cultural and political realm was being forged.

After the fall of the Western Roman Empire, no other empire managed to establish and hold a wide control of the European continent. Instead, Europe splintered into a mosaic of kingdoms and principalities. And within each of these realms, there was a dynamic between powerful noblemen and the king. At the same time there was an independent and powerful Christian church. All of this would in time prove essential. A crucial environment for liberty to start growing in. But it took many centuries for it to begin. As if the ice and frost of the Dark Age needed time to melt, before it could reveal what lay frozen.

King, but not almighty

Contrary to the norm, the kings in medieval Europe were not completely all-powerful. They were not the sole arbiters of law. There was a contractual relationship between the king and the other noblemen. The noblemen could challenge the king, and they would.

In England in 1215, a number of barons had enough of what they saw as illegal behaviour from the king. An archbishop had reminded them of the ‘Charters of Liberty’, that had been written and signed over a hundred years before to restrict the king in his treatment of the church and nobles. Now, King John was violating the agreement. The barons made an oath that they would ”stand fast for the liberty of the church and the realm.” Through a daring but successful rebellion, a new charter, the Magna Charta, was forced onto King John. The Magna Charta would prove essential to later centuries, as a seed from which later liberations and constitutions would sprout. And in the Low Countries, there was a similar document created: The Joyous Entry of 1356.

“ The poorest man may in his cottage bid defiance to all the forces of the Crown. It may be frail — its roof may shake — the wind may blow through it — the storm may enter — the rain may enter — but the King of England cannot enter. “

A government created for the protection of the Natural Rights, must be decentralized. Its power must be divided among separate branches. It’s a dangerous creature, that will easily go out of control, when the rule of law is not controlling it. Like the watertight compartments of a ship, the state too needs to be hindered by the same principle. If one room is corrupted, others may remain. It can prevent a sinking to the bottom.

A balance, furthering the life of a free people.

As a researcher, traveller, musician and supporter of liberty, I spend a lot of time thinking, philosophizing and analyzing the reality in which we live, and the world which we have constructed, and I feel like I have a lot that I must convey to people, as best as I can.

For the sake of freedom, health and all that is natural and good, let's raise the consciousness of as many people as we can.