The Most Aggressive Dogs? An Unexpected Answer 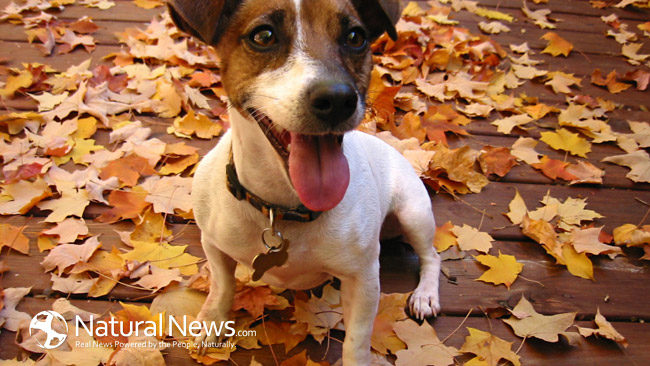 Dog breeds are bred to display very specific characteristics. This leads to certain breeds, such as American Pit Bull Terriers, developing reputations for being hyper aggressive. But are these reputations accurate? A study (1) on the issue conducted by the School of Veterinary Medicine at the University of Pennsylvania produce surprising results.

These categories represent the three measurements of bites. The researchers conducting the University of Pennsylvania study noted there are over 300,000 dog bites a year in the United States with approximately half involving kids 15 years of age or younger. Dog bite incidents are also the reason up to 40 percent of dogs are given up by their owners and put in shelters. Given this, identifying the breeds that are truly aggressive is important.

What type of dog is going to be aggressive towards humans? Most people would suggest a Pit Bull, Rottweiler, Akita or Chow. None of these four breeds made the top of this list. Instead, the most aggressive breeds towards adult strangers turned out to be:

And what of the much feared Rottweiler and Pit Bull breeds? They were found to be slightly more aggressive towards strangers than the average dog, but only by the tiniest of margins.

The people dogs will interact with most are, of course, their owners. When researches focused on this relationship, the results were again surprising. The most aggressive breeds were found to be:

And how did the mighty Pit Bull rate? It was found to show far less aggression than the average dog towards its family. This result is hardly a surprise to anyone who has owned a Pit Bull.

What about the other end of the scale? Which breeds did the study find to be the least aggressive overall? The answer will be no surprise to anyone who has owned these breeds – Labrador Retrievers, Golden Retrievers and Bernese Mountain Dogs. All three breeds make great pets, but are not exactly the best guard dogs. When these breeds want to display aggressiveness, it is usually in the form of rolling over on their back quickly to get their bellies scratched!

Does the University of Pennsylvania study mean the American Pit Bull and Rottweiler breeders are passive pups? No. These results simply suggest that people need to focus on the breeding characteristics of the dog in question and the impact socialization and training can have on the pup.

Owners of Pit Bulls will tell you this breed makes a great family pet. Can it be aggressive towards smaller animals and children? Yes. This is because the dog was originally bred to bite and grip other animals for hunters, not because the dog is inherently evil.

Why then do Rottweilers and Pit Bulls have such bad reputations and are on the news so often? A larger percentage of these dogs are purchased by people seeking to be “tough” and aggressive behavior is encouraged in the dogs. When these dogs are trained to be happy pets, however, they make great pets. They might even save your life as a pit bull named “Lefty” did when protecting her owner from an armed robber.

What about those Dachshunds that appear at the top of both lists? Three words for you – just stay away!

Blogger who writes about and owns dogs. Gets little sleep as the dogs hog the bed!