The Miraculous Supplement that Neutralizes Caffeine So You Can Sleep 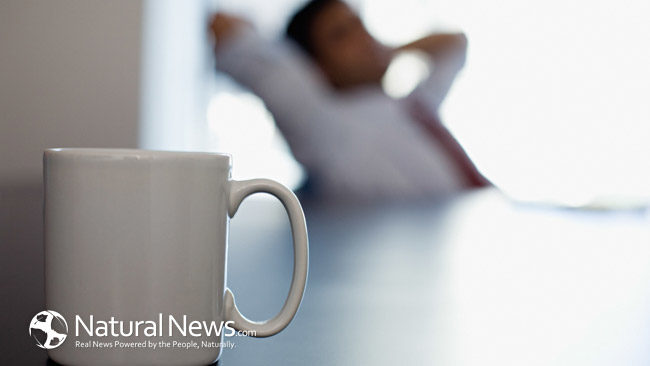 Coffee, and caffeine in general, is one of the little pleasures most all of us tend to enjoy every once in a while, or every day, for a good burst of sustained energy.  But the problem is caffeine can stay in our systems long enough to interfere with our ability to sleep, especially if it’s taken in the afternoon or evening.  The stimulant effects of caffeine can be so strong that natural and pharmaceutical sleep aids are often of little help, resulting in nights of little rest, and physical and mental grogginess well into the next day, affecting our work, mood, health, relationships, and even our physical appearance.

Amazingly, there is a cure for this.  That is, there is in fact a recently discovered natural substance that actually neutralizes the caffeine you’ve consumed in your body, allowing you to fall asleep when the time for bed comes.

The substance is called rutaecarpine, an alkaloid found in the evodia fruit.  I have no financial ties to the product, but it’s most popularly sold under the brand Rutaesomn.

Rutaecarpine works by raising the number of two key liver enzymes that metabolize caffeine and excrete it as waste.  What distinguishes rutaecarpine from sleep aids in general is that by itself it does not actually cause drowsiness, or sleepiness—it only neutralizes the caffeine already in your body to the point that it no longer affects you.  However, without the interference of lingering amounts of caffeine from a morning or afternoon coffee, people report significantly improved abilities to fall asleep, and to sleep soundly, without becoming dependent on the supplement, and without the more dangerous side effects of pharmaceutical drug sleeping pills.

The typical dose of rutaecarpine is 100mg, taken two to four hours before you plan to sleep, and it tends to work best if taken with a glass of water on an empty stomach.

Given the widespread consumption of caffeine and the prevalence of troubled sleep among its users, it’s a wonder this miraculous substance hasn’t yet hit the mainstream.  I’d imagine it’s only a matter of time.