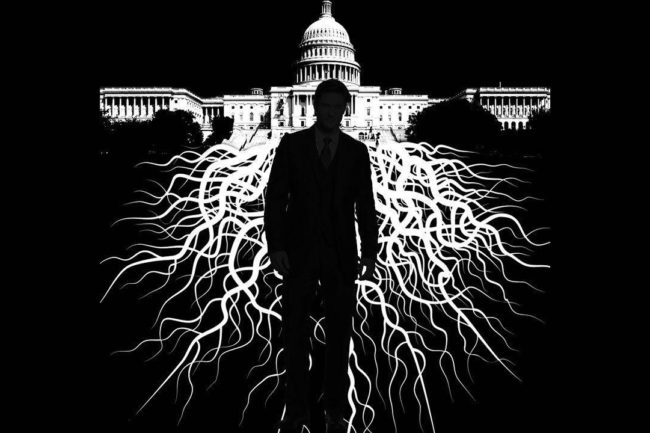 National Emergencies allow governments to take special measures in the face of a perceived threat. Most are unaware a national emergency has been declared in the United States. Did you know there was a National Emergency declared on April 1st 2015 over Cyber-Enabled Activities?

This was done by President BARACK OBAMA with the issuing of Executive Order 13694 . Signed under the guise of stopping foreign influence on U.S. opinion in the elections and protecting critical infrastructure. Way before the “Russian Narrative” popped up. Executive Order 13694 could target possibly anyone disseminating information that is “cyber-enabled”. As well as actual hackers. All in an end run around the President. Who need not be involved in the decision to shut down certain “media sources” at all!

“any person determined by the Secretary of the Treasury, in consultation with the Attorney General and the Secretary of State, to be responsible for or complicit in, or to have engaged in, directly or indirectly, cyber-enabled activities”

Able to shut down any person or business on the internet doing business in the U.S. deemed to have been directed, influenced or helped by a foreign entity. Without any due process or the need of the sitting President to be involved at all. The Secretary of the Treasury can make the determination. This could include those in the alternative media that are putting information out on the internet. The executive order is written in such broad terms it could apply to almost any entity involved in spreading information that is cyber-enabled. Whatever that means? Any person or persons using a computer.

This is the narrative that the establishment is attempting to use. Calling anyone who disagrees with them a Russian agent. It’s the new Red Scare. Independent media, senators, television anchors and even President Trump are being accused of working for the Russians. Even Donald Trump Jr is now accused of “working with the Russians” because of seeking dirt on his father’s opponent. All perfectly legal and expected in a presidential campaign! Where has logic gone?

This narrative has been beaten into everyone’s heads by the main stream media and the neo-conservatives in Congress. With no evidence what so ever. Very few really believe it. Even apparently the producers and anchors at CNN.

Many plans and procedures have been put into place by the establishment to deal with the populist voter uprising and the independent media. A stay behind Deep State may be one of them. Using Executive Order 13694. This is where the Russian narrative may be heading if President Trump can be politically weakened and isolated from his natural allies in the independent media.

The U.S. declared a National Emergency on April 1st, 2015 because of Cyber-Enabled Activities by Executive Order 13694

I, BARACK OBAMA, President of the United States of America, find that the increasing prevalence and severity of malicious cyber-enabled activities originating from, or directed by persons located, in whole or in substantial part, outside the United States constitute an unusual and extraordinary threat to the national security, foreign policy, and economy of the United States. I hereby declare a national emergency to deal with this threat

This executive order allows to the federal government to financially sanction or shut down any information dissemination entity that the government feels has interfered in the electoral process or any other critical infrastructure. With its possible effects on voters decisions. If your information has changed someone’s mind, you could be punished. Right now only a couple Russian intel organizations and individuals are on the list cited in the Annex to this order. According to mainstream news, anyone with a different opinion works for the Russians. Government lists always grow for one reason or another once established. Is this why the big alternative media outlets are being labeled a tools of the Russians? All this can be done without the current President even being involved. The Secretary of the Treasury, in consultation with the Attorney General and the Secretary of State, can make this determination themselves. A small group of top bureaucrats operating on emergency powers is the very definition of the Deep State.

I, BARACK OBAMA, President of the United States of America, in order to take additional steps to deal with the national emergency with respect to significant malicious cyber-enabled activities declared in Executive Order 13694 of April 1, 2015, and in view of the increasing use of such activities to undermine democratic processes or institutions, hereby order:

Section 1. Section 1(a) of Executive Order 13694 is hereby amended to read as follows:

(i) the persons listed in the Annex to this order;

(ii) any person determined by the Secretary of the Treasury, in consultation with the Attorney General and the Secretary of State, to be responsible for or complicit in, or to have engaged in, directly or indirectly, cyber-enabled activities originating from, or directed by persons located, in whole or in substantial part, outside the United States that are reasonably likely to result in, or have materially contributed to, a significant threat to the national security, foreign policy, or economic health or financial stability of the United States and that have the purpose or effect of:

(A) harming, or otherwise significantly compromising the provision of services by, a computer or network of computers that support one or more entities in a critical infrastructure sector;

(B) significantly compromising the provision of services by one or more entities in a critical infrastructure sector;

(C) causing a significant disruption to the availability of a computer or network of computers;

(E) tampering with, altering, or causing a misappropriation of information with the purpose or effect of interfering with or undermining election processes or institutions;

Incredibly shutting down any media outlet deemed to be influenced by a foreign entity can be done without the sitting President. The Secretary of the Treasury, in consultation with the Attorney General and the Secretary of State, can make this determination. If the entity, person or business is based in whole or part outside the continental United States. Even if there is suspicion that there may have been direction from a foreign entity. No judge. No jury. The ministry of truth will decide. Executive Order 13694 is still in effect.

Globalization of information technology is such that anyone using the internet may be using services and infrastructure not located in the U.S. Not just Russia but anywhere outside the United States. How about interviewing a foreign source? Is the information being carried outside the U.S.? What about affiliates in other countries? One can see the possibilities.

No due process under emergency powers ensures executive order 13694 will be abused at some point in time. Narratives about the independent media being influenced by the Russians are being pushed with no evidence what so ever. At the same time an array of so called legal techniques are being deployed to censor all who disagree with the main stream media. Now it is reported that Breibart, Infowars and other independent news outlets have been under investigation the FBI for alleged Russian influence. Very convenient for establishment when the time comes. This could be the “Trump Card” that will be pulled out of the sleeve of the Deep State to silence it’s opposition if it becomes politically possible.