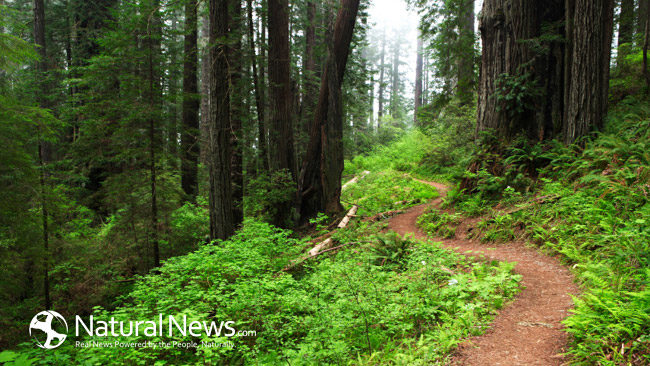 When it’s time to send your child to wilderness therapy camp you can barely wait.

You just want the dangerous behaviors to stop and for them to get better. You research and talk to other parents, hoping to find just the right youth rehabilitation program. Then, you pay your $20k and drop them off, not to see them again for 45 days or more.

As parents, it’s hard to make the decision to send your teenage child away to a wilderness therapy rehab. There is a lot of consider. Will they be safe? Will it work? What happens when they come home? Can I afford it?

You’ve painfully watched your child abuse drugs and themselves for so long that you just don’t know what else to do. It’s your hope that your child will get their issues worked out, come back sober, more appreciative and ready to start their life on the right track.

Years ago, my husband sent his two oldest children to a wilderness therapy rehab program. The program we chose had very good reviews and a great philosophy of healing. We didn’t know much about wilderness therapy at the time, or what was going to happen on “the trail”, but we just needed to get the kids away from their current situation before they hurt themselves. At the time we believed this was the best option.

We had to drag each kid, kicking and screaming into the car and drive them across country in the middle of the night to check in early the next day. On the way there, each gradually got used to the idea and even showed a little excitement about the adventure that awaited them. That made it easier on us, not having to force them to go.

When we checked in, everyone was friendly and excited to start their wilderness journey. They got their clothes for the trail, rations and a quick health check. Then they were off for the wild brown yonder.

My step-son went in the beginning of November. It started off nice, but got very cold. The deal with wilderness therapy is that the kids have to endure whatever they come upon, with little or no consideration of their health. Poisonous snakes, contaminated water, even hypothermia. There is no way out for them. We weren’t told of this.

Additionally, they had to hike all day, eat very little, and had rationed water. Let me give you an idea of just how dangerous these camps can be:

Even in programs that are considered the best in the industry, children have experienced:

• Being accused of “lying,” “faking” or “manipulating” when they report symptoms of potentially deadly medical conditions such as dehydration and heatstroke—with staff members failing to treat the symptoms, leading to injury or death of the child.

• Children not receiving a medical exam okaying them for strenuous activity before vigorous hikes in wilderness areas far from medical care.

• Food and water being denied, or strictly rationed, as punishment—a very dangerous form of “tough love” in a wilderness environment.

Common causes of death in wilderness programs are:

• Youth being physically restrained in a dangerous manner

Five teens died in Utah wilderness programs between 1990 and 2002, and a Utah teenager died in a Colorado program in 2007. A federal report released in October 2007 highlighted deaths, abuse and misleading marketing in wilderness camps and other residential-treatment programs across the country.(http://www.sltrib.com/news/ci_10438421)

Our son even told us of how one child sleepwalked and was found right at the edge of enormous cliff. Luckily, someone heard him and looked around.

Additionally, wilderness therapy is extraordinarily expensive. With the average wilderness rehab program charging between 15k – 20k per client, and serving upwards of 400 clients per year, the organization is making a lot of money.

You would think that with what they are charging they could afford to feed your children more, give them more than just one set of clothes, even when they are soaking wet and freezing, and provide fresh water instead of feces infested water. In fact, our daughter came back with Giardia and has not been able to get rid of it since.

All of this is just the beginning, though. The real struggle is when the child gets home. You have just spent your savings on the rehab, possibly sold your home and moved to a different city, as they recommend, and have your hopes up that your child will come home with a great sense of appreciation.

It is true, both our kids were in a great space when they came home. They really enjoyed their experience and made some great friends. But, it was short lived. Even though we moved to another city to get away from temptation, it didn’t take more than a few months for the relapse to happen.

I think the challenge kids face when coming home from wilderness therapy is that they are not prepared for the realities of day to day living. They learn their recovery on “the trail”, which is very different than home life. Being away from temptation in the wilderness around like minds and with no everyday pressure of parents, peers, school, etc. is a stark contrast.

When they get home, they’re still living on the high of the trail. Once they come down, they don’t know what to do with themselves. Both our kids wanted to go back to the camp where life was simpler. But, the truth is they have to enroll back into school and have regular expectations placed on them. They feel like a fish out of water and struggle to live sober. The contrast is just too dramatic.

Here are some “life after the trail” statistics:

Youth report a substantial increase in alcohol and drug use over the 12 month post-discharge period, and while this increase still doesn’t bring them to the level it was reported to be at admission, it is pretty high and close to rates at admission.

For drugs, 3.84 at admission, 1.29 at discharge, and 2.68 one year post-discharge.(http://www.astartforteens.org/assets/files/ASTART-Treatment-Research-Lacks-Good-Science-Sept%20-2011.pdf)

These camps are not included in the levels of care by the American Society of Addiction Medicine and are not subjected to federal oversight. And, according to a government report, there has have been thousands of reports of neglect and abuse at privately owned and operated boot camps and wilderness programs for troubled youth. (http://www.gao.gov/new.items/d08146t.pdf)

It’s true our children enjoyed their time at their wilderness therapy camp. Five years later they still talk about about it. But, they are are also still struggling with sobriety. We were lucky that ours stayed safe, but there are plenty of parents that are not that fortunate. If you are in the unfortunate situation of having to find a drug rehabilitation center for you teen, please do a lot of homework and consider alternatives.