The Courts and Democracy 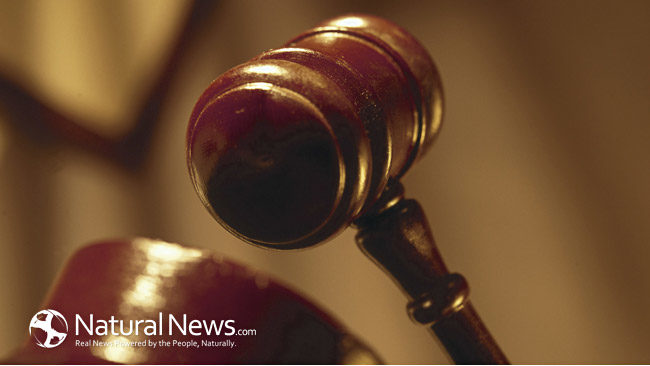 I sense great frustration about the government decisions and democracy.  I have heard many people complain that the activities of the federal government do not reflect peoples’ opinions about a variety of topics.  I view the problem in terms of systemic structures that place the greatest power to enact change in the hands of officials over whom the voter has little or no power to influence through the power of the vote.  The judicial system, for example, has become the authority for legislation and must answer to no one but itself.  We have been taught from our youth that the government runs on separation of powers:  Congress passes the law;  the executive branch carries out the law; the judicial branch interprets the law.  Until recently, I had accepted that summary of the separation of powers of the branches of government.  Recently, however, my view of this teaching has changed because of implications of the court’s supposed right to “interpret” legislation or any other act of the other branches.  In this blog, I discuss the Marshall court’s decision in Marbury v. Madison, the unconstitutional and anti-democratic facets of the decision, and its implications for 20th century US.

This doctrine of judicial review does not come from the constitution.  Instead, it derives from the Supreme Court decision in regard to Marbury v. Madison (1803).  In this case, the plaintiff, William Marbury, received a commission to be a justice of the peace in Washington DC through the midnight appointments near the end of John Adams’ presidency.  Upon Jefferson’s election to the presidency, he did not recognize the appointments, occasioning Marbury’s suit against the cabinet member administering that department, James Madison.  The court denied Marbury the commission because the judiciary has the duty to say what the law is and even expound and interpret it.  Thus, the interpretation of the court takes precedence over the interpretation of the legislature.  The court’s decision in Marbury v. Madison represents the first time the court rescinded a law of congress because of a purported contradiction with the Constitution.  This decision became the basis for judicial review (Legal Information Institute, n.d.).

The Marshall court’s decree contradicts foundational principles of democracy.  One important key to the democratic system propounded by the founding fathers is separation of power.  Each of the branches has its own area of authority.  While the legislative branch has several enumerated powers for crafting legislation and the executive for administration of government and veto power, the judiciary has the power of original and appellate jurisdiction.  In other words, according to the Constitution, the Supreme Court hears appeals from lower courts and has authority of a few clearly delineated matters, such as disputes among citizens, issues concerning ambassadors, and cases in which the State is a party.  Thus, the Marshall court’s decision ignores the Constitution’s directions.  Next, the court’s decision about Marbury v. Madison places the judiciary over other branches of the government.  Without any approval from the affected branches, this decision assumes the right to define or even countermand a law passed and executed by those who have been the elected representatives of the citizens.  Ironically, unelected judges have more power than the legislators who face accountability to those elected them.

This court decision holds important implications for present day US citizens.  First, if a group wants to enact its will, it does not have to convince the majority of this country’s citizens.  Instead, it can bring suit in the courts and, with appeals, present the issue to the Supreme Court.  Then, the petitioning group only needs to convince five people of the merits of its contention.  Thus, the doctrine of judicial review changes the US government from a republican democracy to an oligarchy, the rule of a few aristocrats.  Next, the increased power of the court because of the Marshall court decision confines crucial decisions to a few aristocrats.  The citizens lose influence over matters that affect them.  The usual process of developing a consensus among the citizens is circumvented by courts that make decisions that are constitutionally assigned to the jurisdiction of those who are most accountable to the citizens, the legislature.  When the country’s citizens do not reach consensus, then those whose will is not represented express their will outside of that legislative process.  We have seen so many examples of citizens’ frustration over the past fifty years.

Instead of an arcane fact we learn to pass a test in school, the Supreme Court’s decision in the Marbury v. Madison case strongly influences our present government.  We as nation have exchanged representative democracy for rule by a few judges who have no accountability of the voter.  This unconstitutional change brings alienation of the US citizens from the political process.

Mark is married and has five children. He has been conscious about his eating habits since 1983. His interests include sports, exercise, nutrition, mental health, foreign languages, and most of all family life.