The Benefits of Adding Wheat Germ to Your Diet 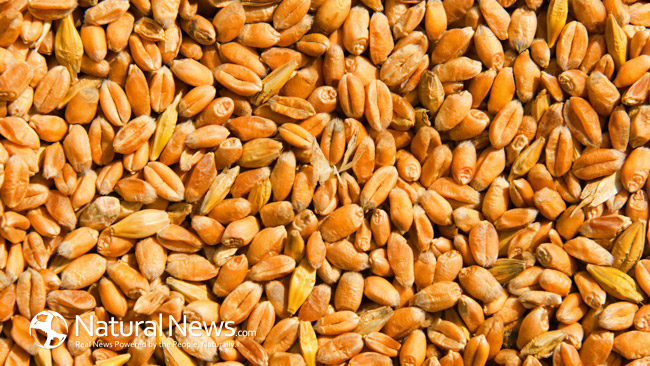 Wheat germ is the wheat plant’s embryo, which means it is also its most nutritious part, providing all the elements needed for the new plant to develop. The other two components of the kernel are the fibrous outer shell called bran and the starchy middle layer, endosperm. The latter is the only part that’s used in the production of white flour. The germ is removed altogether, because the nutritious oils it contains quickly turn rancid, preventing food producers from storing the product for long periods of time.

The Reasons Wheat Germ is Good for You

Even though it comprises only 3% of the kernel, wheat germ is packed with nutrition. Just two tablespoons of raw germ provide four grams of protein, nine grams or carbs and 1.5 grams of unsaturated fat. You can get 60% of your daily fiber requirement from 115 grams of wheat germ. It is loaded with B vitamins, healthy fatty acids, and minerals like iron, calcium, zinc and magnesium. It’s one of the best folic acid sources you can find, which can be particularly important for women who are either pregnant or are planning to have children. Its low glycemic index means that it has a mild effect on blood sugar levels and is a suitable food for diabetics.

Check out this video for a more detailed breakdown of the germ’s nutritional benefits.

The phytosterols in the wheat germ are steroid compounds that help lower overall cholesterol levels as well as LDL, also known as bad cholesterol. In a study published in 1992 by the National Institute of Health and Medical Research in Marseille, France, participants consuming a quarter cup of raw wheat germ daily for 14 weeks showed a 15.4% drop in LDL cholesterol.

It Fights Cancer and Arthritis

A study published by the British Journal of Cancer showed that fermented wheat germ lowers the incidence of colon cancer spreading, reduces its recurrence and increases survival among patients. A recurrence of melanoma in patients undergoing chemotherapy has also been shown to decrease in other studies. The research published in the 2006 journal Clinical Experiments in Rheumatology showed that patients with rheumatoid arthritis saw the reduction in morning stiffness after taking fermented wheat germ for 6 to 12 months, and half of the patients were able to reduce the amount of steroids they were taking.

This disease fighting form of wheat germ is fermented with the help of baker’s yeast, which ensures high concentration of naturally active compounds known as benzoquinones.

How to Eat Wheat Germ

The germ contains most of its nutrition in the raw form, so it’s best if you can avoid cooking it. Adding it to your morning cereal or yogurt is a great place to start. It also makes a great ingredient for protein shakes – just add it before blending things up. You can cook with it as well, substituting some of the flour in your recipes for wheat germ, adding it to casseroles and pancakes, and using it in place of bread crumbs for frying. Make sure to refrigerate your wheat germ (get wheat germ delivered to your door – click this Amazon affiliate link to buy some now) after opening and keep it in an airtight container to preserve the freshness.

When to Avoid It

Patients with Celiac Disease or other gluten sensitivities should avoid wheat germ, just as they would any other component of wheat.