The 3 Actual Causes of Clogged Arteries 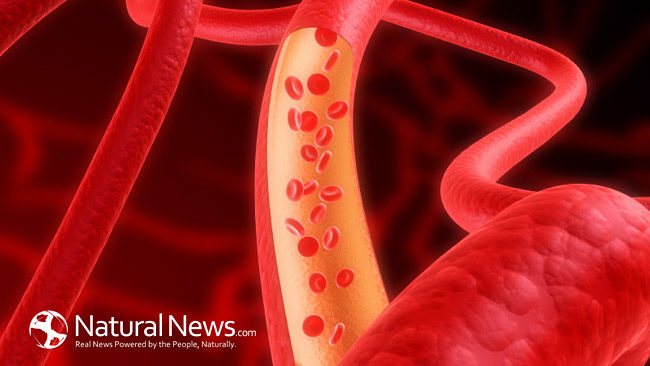 The following is an explanation of the three actual causes of clogged arteries, two of which are generally unknown.  For anyone with cholesterol or cardiovascular problems, or for heavy dairy drinkers, this information can be very useful.  This article is a set of compiled and edited excerpts from the natural healthcare book, Natural Cures “They” Don’t Want You to Know.

1. Chlorinated water. Chlorine in the water that you drink and shower and bathe in or swim in causes massive scarring of the arteries, which in turn means, no matter how much cholesterol you have or don’t have, whatever cholesterol is there will attach itself and begin the clogging process.  [Since our skin is the largest organ in the body, it has been reported that we absorb more toxins by taking one shower than by drinking five glasses of water. In a shower, not only is the water with all the toxins being absorbed through the skin, many of the most volatile and dangerous toxins are turned into a gas created by the steam. These toxic fumes in your shower are then inhaled. Steam rooms, hot tubs and swimming pools are places where you will absorb the highest levels of toxins. The paradox is we think of these particular areas as being the healthiest.]

3. Homogenized dairy products. People say, “Well I drink low fat milk or low fat yogurt.” The fat has nothing to do with it. You are being scammed, you are being lied to, you are being misled. It’s not the fat that is the problem. Keep in mind that when they make a low fat product, it’s not a natural product, it’s man-made. When dairy products are homogenized it turns the dairy products into a lethal man-made product.  The clusters of molecules [in homogenized milk] are so small that when you ingest them they virtually scar your arteries.  And the scarring of the arteries causes the LDL cholesterol to attach itself to the artery, which is one of the major causes or arteriosclerosis, which is one of the major causes of heart disease.  Homogenized dairy products, whether they are yogurt, milk, or cheese, are all deadly. It is not the fat that is the problem in dairy, it’s the homogenization process.

These are the three major causes of arteriosclerosis.