How to Tell If Your Diamonds Are Naturally Sourced or Fake 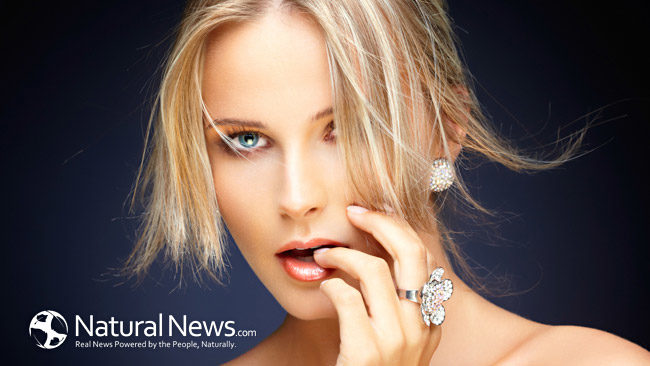 Frances Gerety introduced the phrase “A Diamond Is Forever” in 1947. She was working on an advertising campaign for De Beers and, at the time, no one was too impressed by the words.

Just a few years later, in 1953, Marilyn Monroe made the declaration to the world: “Diamonds are a girl’s best friend.” Since then, the jewels have become so coveted and desired that everyone must have some. Consider this statistic: in 2012, Americans spent about $7 billion on diamond engagement rings. That’s just rings. Diamonds have become so popular, in fact, that we’ve figured out a way to mass-produce them.

In other words, because demand was and is so high, fakes have found their way into the market. Now, when it comes to girl’s best friend, the question of authenticity is more prevalent — and trickier to answer — than ever before.

What Are Fake Diamonds?

To determine whether your diamonds are the real thing, we must first define “real diamond.” While some may consider “real diamonds” to be only those mined from the Earth, we will broaden the scope a bit. In addition to those naturally-occurring gems, we will also include some lab-created ones as well.

Specifically, we will consider diamonds created using HPHT (high-pressure high-temperature) and CVD (chemical vapor deposition) methods that together recreate the natural process of diamond formation. Because these processes mimic the development of a natural diamond — albeit significantly sped up — these will henceforth be included under the umbrella of “real diamonds.”

Now, you must learn about the alternatives — the real fakes. There are two common forms of fake diamonds:

Cubic Zirconia: First introduced to the market in 1976, cubic zirconia (CZ) has become the most popular and well-known false diamond in existence. They’re generally colorless and appear perfectly cut, but they are not as hard as real diamonds.

Moissanite: Moissanite was first created in a lab by silicon-discoverer Jöns Jacob Berzelius. It does not occur naturally and is most commonly used in industrial settings. While not as popular as CZ, Moissanite is still used to imitate real diamonds.

What Are Some Qualities of Real Diamonds?

There are a number of things to look for when determining real vs. fake diamonds. The most effective means of determining your rock’s authenticity would be to take it to a professional. If you’d rather gauge for yourself, consider the 4Cs. The 4C grading standard is the most commonly applied scale when judging diamonds all over the world:

Most real diamonds have certificates that grade based on the 4Cs.

How Can You Use the 4Cs to Determine Real vs. Fake?

If the diamond in question does not have a certificate, it does not necessarily mean that it’s fake. Here are a few red flags:

Perfection: because mined diamonds form naturally, they are rarely perfect. If there are no blemishes at all, you are likely holding a fake — or perhaps a lab-sourced diamond.

Weighty: CZ weighs about twice as much as a diamond of the same volume.
Lack of refraction: Looking through the head of a real diamond, you won’t be able to see clearly through the stone. If you can clearly see what lies on the other side, or you see your reflection, you are likely looking at a fake.

Foggy: Breathing on a real diamond won’t result in fogginess. Fakes, on the other hand, may fog up.

There you have it — by keeping an eye on these qualities and characteristics, you’ll have a better idea of whether you’re looking at an authentic stone or a fake one.