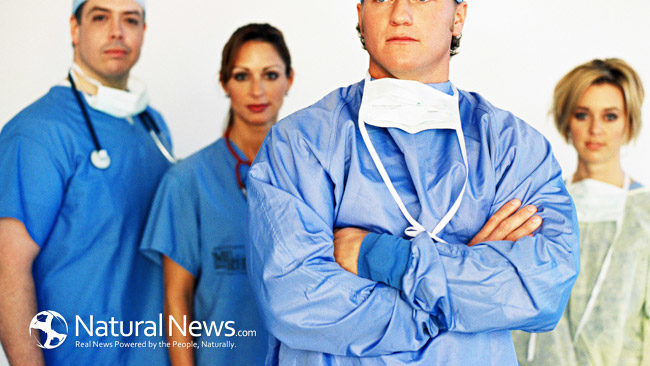 Hope is a precious commodity in Syria right now. While war rages and more than half the country’s population have been killed or displaced, telemedicine is providing a rare bright spot as the world community and doctors within the country use the technology for innovative medical solutions to serve those in medical need.

More than 18 million people have been killed or displaced from their homes since the Syrian war began more than five years, according to aid organization, Mercy Corps. This includes an estimated 13.5 million refugees inside Syria, as well as 4.7 million refugees scattered throughout the neighboring countries of Turkey, Lebanon, Iraq, Egypt and Jordan. Roughly half of the displaced are under the age of 18, and a quarter are young females, according to research by Asli Yalim, an expert on the conflict at the University of Buffalo.

Less lucky are the more than 220,000 Syrians who have been killed or injured since the conflict began, according to numbers by Mercy Corps. Half of those injured or killed have been civilians.

As if the dead and the displaced were not enough, hospitals and relief organizations have been specifically targeted by the Syrian government during the conflict, thinning the number of doctors that serve refugees and keeping many aid organizations at bay.

There were at least five “deliberate attacks” on hospitals in northern Syria in February alone, according to Doctors Without Borders. The total number of attacks on Syrian medical facilities stands at 358, according to New York-based Physicians for Human Rights. From these attacks, 726 healthcare professionals have been killed since the start of the war.

“Syrian forces have systematically attacked the health care system in opposition-held areas,” says Donna McKay, executive director of Physicians for Human Rights. Syria “is among the worst examples of targeting medical care as a weapon of war.”

Helping to make up the shortage in medical staff and healthcare expertise is telemedicine innovation.

Some are combatting the shortage of medical staff with telemedicine.

One of the major efforts to combat the extreme shortage of healthcare in Syria comes from the Syrian American Medical Society (SAMS), a U.S.-based organization that launched a program in 2013 that tackles the problem through a threefold approach of e-learning, telemedicine and telesurgery.

To train physicians within Syria, SAMS offers an e-learning program that maximizes the effectiveness of doctors still in the country. It augments these doctors with a telemedicine program that recruits a global network of specialist physicians who volunteer to be on call and help Syrian physicians through video conferencing. There also is a telesurgery component that enables overseas specialists supervision for doctors performing surgery within the country.

Other approaches to the healthcare shortage in Syria include Figure1, a smartphone app that serves as a kind of Instagram for doctors. With Figure1, Syrian healthcare workers can post patient symptoms and accompanying photos. Specialists outside of the country then can help with diagnosis and treatment recommendations.

Within Syria, telemedicine also is being used for continuity of care as patients change locations due to violence, remote psychological services, and continuous care in war zones where doctors cannot safely visit.

In rebel-controlled Aleppo, for example, a team of doctors in the United States, Canada, England and Saudi Arabia work in shifts to monitor Syrian patients in real-time using three webcams connected to the ICU. A worker at the healthcare facility serves and the hands for these remote doctors, moving the cameras so remote healthcare workers can check the patient and diagnostic tools.

One challenge faced by telemedicine in Syria is reliable Internet connectivity.

Syria has suffered many multi-day Internet blackouts since the war began, and fighting in Allepo and elsewhere has led to cuts in many of the cables that supply Internet to the country. The JADI international terrestrial line connecting Turkey, Syria, Jordan and Saudi Arabia was cut in late 2012 and never repaired, for instance. Infrastructure is poor, and good network connectivity is a luxury many healthcare facilities lack.

This poses challenges for telemedicine efforts, which often rely on video chat through services such as Skype. The problem is that Skype uses the public Internet for call routing, meaning it and similar services are particularly susceptible to variable connection speeds and poor quality connections. In the case of telesurgery and other critical care telemedicine situations, this lack of reliable video can cost lives.

“Where communications was a ‘nice to have’ at one point, now it is a ‘need to have’,” Patrick Gordon told Computer Weekly recently, chair of the WGET Forum at the United Nations Office for the Co-ordination of Humanitarian Affairs (UNOCHA).

“Reliance on the general network is fine for video chat with Grandma, but it is wildly inappropriate for telemedicine,” stresses Tony Zhao, CEO of telemedicine video chat provider, Agora.io. “One of the biggest uses for telemedicine is providing care where there is none, and this often means in areas also suffering from a lack of Internet connectivity. Telemedicine solutions must expect this connectivity challenge and overcome it.”

Technologies such as Agora’s cloud-based video chat platform bypass the public internet and instead use a network of more than 70 global data centers for video that works even in Syrian war zones. As the conflict continues, aid organizations are assessing their options in the face of this challenge.

Even with poor Internet connectivity, telemedicine is rare glimmer of hope among an otherwise bleak humanitarian crisis. The use of telemedicine isn’t single-handedly reversing the damage done to Syria’s healthcare infrastructure. Far from it. But within the horrors of the Syrian conflict, it at least is enabling care for many Syrians who otherwise would go without.