How To Tap Into Nature’s Most Powerful Medicine 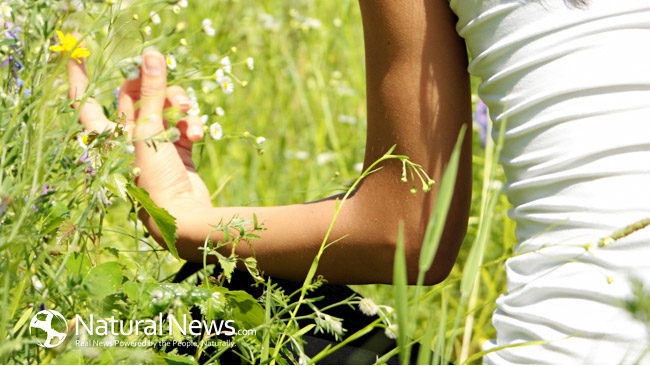 You may have heard this story . . . How Howard Stern of radio fame and his wife witnessed their cat heal his heart spontaneously . . .

Diagnosed with major heart problems, the cat didn’t have long to live according to their vet. But they didn’t account for a litter of kittens . . .

Regular animal rescue hosts, Howard and Beth took in a litter of stray kittens. And before they knew it, their cat with the heart problem took on the role of Papa Cat with a passion. Day in and day out, he cared for them like a good cat parent. He cleaned them. He made sure they ate before he did. And he slept inside with them.

While the couple watched this scenario play out little did they know they were watching some powerful healing as well. Within a few months, their heartsick cat was off all his heart medications and thriving.

This story is an illustration of one of the most powerful healing forces on the planet. How the body can heal itself with just the right stimulus.

Unfortunately, conventional medicine often ignores this healing power which is right under our noses.

But after practicing medicine for over 3 decades, I know by now this is robbing our patients of the best care possible.

Certainly, medical interventions have helped people in many ways and saved lives. But when it comes down to it, our bodies contain chemical and engineering wonders no pharmaceutical or medical device company has yet to match.

The challenge is finding the right way to harness this healing power.

Spontaneous Healing Is Documented By Science

From torn ACL injuries to cancer, science has documented literally thousands of cases of people who healed themselves without the intervention of surgery or pharmaceuticals. In 1993, the Institute of Noetic Sciences published a book compiling 3500 cases of people curing themselves from seemingly incurable diseases, like stage 4 cancer, without the help of medical intervention.[1]

Many conventional doctors call these cases anomalies. Often medical researchers warn these cases of spontaneous healing should not be studied lest they give people false hope for healing without medical intervention.

But a growing minority of doctors and medical researchers are demanding these cases be given the respect and attention they deserve. Increasingly health experts are wondering what we can learn from these situations. And how they may offer better options for our patients.

For example, in 2012, researchers documented 12 cases of athletes who had suffered torn ACL’s and recovered without any intervention. In all of these cases, surgery had been planned but delayed for various reasons.

According to the study authors, the conventional wisdom is that no one can heal a torn ACL without surgery. Yet these patients not only recovered but have resumed their full athletic activities.[2]

In her book, Radical Remission, cancer researcher Dr. Kelly Turner interviewed 100 cancer survivors and documented 1000 cases of spontaneous remission from cancer. She estimates that for every documented case of spontaneous healing there are 100 that go undocumented. Turner reports on her website she was shocked no one in the medical world was researching spontaneous remissions. And consequently she felt compelled to research this and publish what she found.[3]

As Thomas Jessey wrote in a 2011 article on spontaneous remission from cancer published in the Journal of Natural Science, Biology and Medicine, “In our relentless efforts to go beyond nature to fight cancer, we often overlook the facts nature provides to heal our maladies.”[4]

To Heal Yourself You Need To Take Action And Responsibility

Certainly, these documented cases underscore what I’ve seen in my own practice. People have a tremendous ability to heal themselves. However, I should be clear . . . even though these cases are usually called spontaneous, there’s nothing spontaneous about them.

Dr. Turner reported in each case she studied, the person took an active role in their health.

You can’t simply sit back and wait for your body to take over and fix itself. No, in each and every case, people stop doing things that are harming their health. And they start doing things that support the body’s optimum performance.

Turner also reported, each of the cancer survivors she interviewed tapped into the emotional and spiritual aspects of healing. They all:

Dr. Turner is right. The power of the mind is one of the most neglected tools for healing when it comes to conventional medicine.

When you combine the power of the mind with making shifts in your lifestyle like diet and exercise, you can activate this powerful force for good. And it will do more to change your health than any surgery or drug ever can.

The body wants to be whole. It wants to work right. And it’s designed to fix itself. It’s up to us to give it the right environment to work the way it was engineered to work. When you do this, you unleash something no doctor can ever match.

Dr. Mark Drucker earned his Medical degree and Bachelor of Sciences degree form the University of Tennessee. Dr. Drucker began his medical career 23 years ago specializing in nutritional and natural medicine. Dr. Drucker is co-host of the popular radio talk show “Health Talk, A Second Opinion,” is a distinguished speaker on natural health topics, and is the co-founder and Medical Director of the Center for Advanced Medicine. He is a certified member of the American Academy of Anti-Aging medicine, the American Academy of General Physicians, and a Diplomat Candidate of the American Board of Chelation Therapy, as well as a fellow member of the American College for the Advancement of Medicine.

Want to find out more about tapping into this powerful form of healing inside of you? Click here to find out about Dr. Drucker’s 7 steps to optimal health.