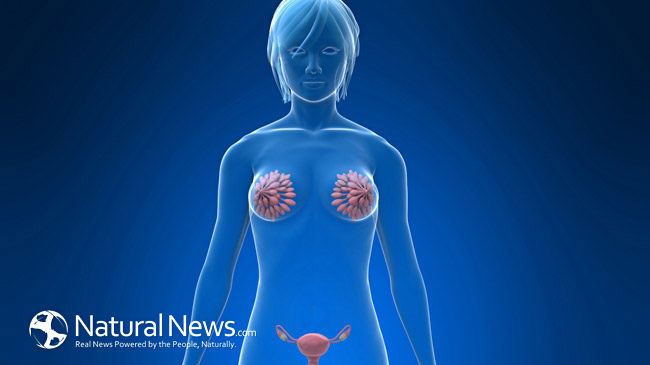 A talc and ovarian cancer case in St. Louis, Missouri resulted in a guilty verdict for a giant pharmaceutical company.  Johnson & Johnson is ordered to pay $72 million in compensatory and punitive damages to the family of Jacqueline Fox.

After a three-week trial, the St. Louis jury voted 10-2 in favor of Jacqueline Fox — finding Johnson & Johnson and subsidiary Johnson & Johnson Consumer Companies, Inc. — guilty of failure to warn and conspiracy to conceal the risks of its products. The pharmaceutical company was also found guilty of negligence.

Jere Beasley, Jacqueline Fox’s attorney, offered FairWarning a brief comment regarding the court’s decision. Beasley said the verdict sends a, “tremendous signal to Johnson & Johnson and all of the cosmetic companies. They’re basically self-regulated and they know they can just basically get away with anything.”

Jacqueline Fox’s son, Marvin Salter, met with FairWarning for a short interview. Marvin described his mother as, “one of the kindest, most positive persons you could meet, even during her fight with this disease. She put others ahead of her needs in many situations, because that’s the type of person she was.”

Salter added, “Obviously, the final outcome is something that my mother wanted. It really wasn’t about the damages that were awarded,” but creating “awareness around this issue that has been suppressed for so many years by Johnson & Johnson.”

Talc Use and Ovarian Cancer Risk

More than 14,000 women die of ovarian cancer each year. Additionally, nearly 20,000 women are diagnosed with the fatal disease.

Studies show women who use talc for genital hygiene increase the risk of getting ovarian cancer by 35 percent. Many women use talc powders on a daily basis.

However, for a number of years health activists have asked talc product manufacturers to provide a warning for using the products for genital hygiene. In fact, the possible link between talc and ovarian cancer goes back a few decades.

A recent study, co-authored by Dr. Daniel Cramer, a gynecologist, Harvard Medical School professor, and lead author of a study published in Epidemiology titled, “The association between talc use and ovarian cancer: a retrospective case-control study in two US states,” found women who used talc for feminine hygiene had a 33 percent higher rate of ovarian cancer.

Researchers in Britain analyzed 13 ovarian tumors under a microscope. They found talc particles “deeply embedded’’ in 10 of the tumors.

In addition, a 1999 study said, “Appropriate warnings should be provided to women about the potential risks of regular use of talc in the genital area.”

In lieu of health activist’s concern and scientific evidence, Carol Goodrich, spokesperson for Johnson & Johnson, offered the following statement: “We have no higher responsibility than the health and safety of consumers, and we are disappointed with the outcome of the trial. We sympathize with the plaintiff’s family but firmly believe the safety of cosmetic talc is supported by decades of scientific evidence.”

In October 2013, a federal jury in Sioux Falls, S.D. found Johnson & Johnson guilty in a lawsuit involving Deane Berg. FairWarning reported Johnson & Johnson was found “guilty of failure to warn of the risk of ovarian cancer from genital use of its talc products, but awarded zero damages to the plaintiff, Deane Berg.”

A foreperson for the jury said the panel of jurors was not won over in believing that talc use caused Deane Berg’s cancer. However, the jurors believed Johnson & Johnson should have put “something on the product to alert the consumers of the possible injury and the possible risk.”

Nevertheless, the St. Louis jurors were shown a 1997 letter in which a consultant for Johnson & Johnson attacked statements that there wasn’t any statistical association between talc use and ovarian cancer. “Anybody who denies this risks that the talc industry will be perceived by the public like it perceives the cigarette industry: denying the obvious in the face of all evidence to the contrary. This would be a particularly tragic misperception in view of the fact that the industry does have powerful, valid arguments to support its position.’’

Talc is one of the world’s softest minerals. It has a variety of industrial and commercial uses. Talc is used in the manufacture of paper, roofing, ceramics, paints, and rubber. Talc is even used to fill capsules and pills, cosmetics, and food additives.

The Centers for Disease Control and Prevention says, “Ovarian cancer causes more deaths than any other cancer of the female reproductive system. But when ovarian cancer is found in its early stages, treatment works best. Ovarian cancer often causes signs and symptoms, so it is important to pay attention to your body and know what is normal for you.”