When To Take Apple Cider Vinegar? 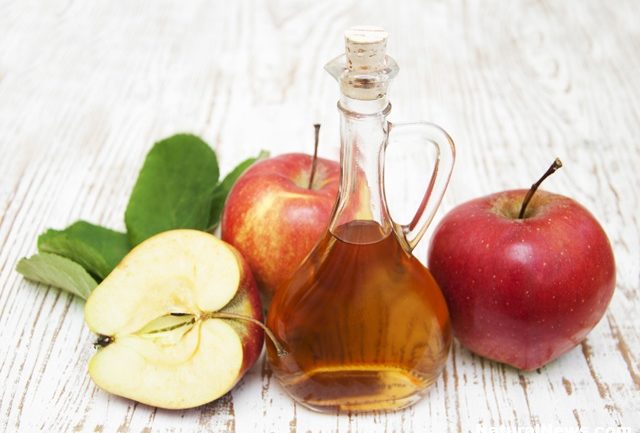 Apple cider vinegar is considered to be beneficial to various health conditions. But consumption of this popular edible remedy must be done appropriately i.e. amount in which it is taken and time when it is ingested. So to know when to take apple cider vinegar becomes quite imperative.

When Should You Take Apple Cider Vinegar

For better results one should consume this tonic, say around 15 minutes before a meal. It stimulates those digestive juices in your stomach for better digestion of food and better absorption of nutrients.

Now when you take this apple cider vinegar tonic before a meal, not only will it help with improving the digestion process but will also bring down the hunger levels a considerable amount. This in a way can be beneficial to your overall weight loss process.

Why Should You Drink Apple Cider Vinegar Before Bed

Drinking ACV before bed can help with a good night’s sleep. High blood sugar level is one of the most common causes for insomnia. It hinders body from reaching fat burning stage, which is essential for a nice sleep. Here in apple cider vinegar comes in to be quite handy with its ability to lower blood sugar by the increase of insulin sensitivity.

Benefits of Drinking Apple Cider Vinegar in the Morning

Drinking apple cider vinegar in the morning helps a great deal with detoxification. You can have it by adding ACV to a glass of water. Taking this mixture regularly can help with the cleansing of your liver.

For all those who haven’t found gargles and teeth brushing helpful, drinking ACV along with water can help remove odor-causing bacteria.

How Much Apple Cider Vinegar Should You Drink

Now that you know when to take apple cider vinegar, let’s know how much should you drink for reaping its various benefits in treatment of gout, kidney stones & blood pressure. Because like anything else when consumed in excess is harmful, too much of apple cider vinegar has side effects too. You should be mindful of the quantity that you should drink.

Take two tablespoons of apple cider vinegar and add it to a glass of water, stir well, and then drink this concoction. Don’t be in a hurry for faster results and avoid drinking directly from the bottle. Drinking too much of this can cause erosion of your enamel teeth or lower your potassium levels. This dosage of ACV is recommended throughout the day to go along with your meals.

After a complete know-how on when to take apple cider vinegar, it is essential to know that ACV alone won’t suffice in being remedial to your ailments. A specific diet and medication has to go along with ACV for proper treatment.