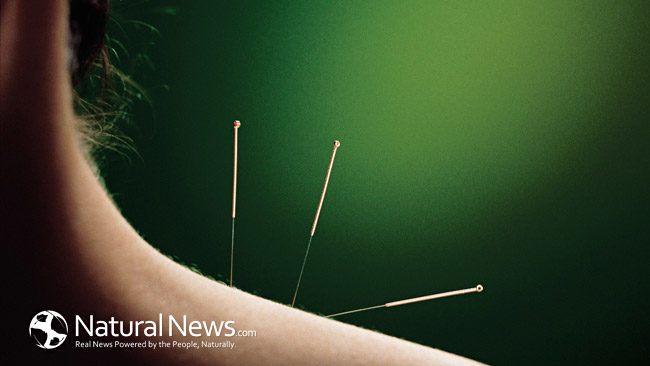 Tailored acupuncture is helping reduce pain intensity for people suffering with fibromyalgia, a chronic pain condition.  Rather than taking prescription medication, a growing number of people suffering with this painful condition seek relief in complementary medicine — like acupuncture, massage, and hydrotherapy.  Relaxation, exercise, and stress-reduction measures are also used in trying to control pain symptoms.

However, within two years of being diagnosed with fibromyalgia, 1 in 5 patients used acupuncture to find comfort from the relenting pain.

Until recently, most of the information on the pros and cons of acupuncture to ease chronic pain symptoms have been based on clinical trials of standard, rather than individually tailored acupuncture treatment.

A new study was initiated to evaluate the effectiveness of individualized tailored acupuncture procedures for patients suffering with fibromyalgia.  The findings of this latest research showed a substantial reduction in pain intensity for people living with chronic pain.

Fibromyalgia symptoms sometimes begin after a physical trauma, surgery, infection, or significant psychological stress.  In other cases, symptoms slowly build up over time with no single triggering event.

Women are much more likely to develop fibromyalgia than are men. There’s no known cure for fibromyalgia.

Researchers looked at the potential use of acupuncture to ease fibromyalgia’s symptoms.  A total of 164 participants, aged over 17 years and diagnosed with fibromyalgia, were enrolled in this trial; 153 participants completed the study. The research team, led by Dr. Teresa Leiva, compared individualized tailored acupuncture to sham acupuncture in 153 patients.

Sham acupuncture consisted of using the same guide tubes as the genuine acupuncture group, but without inserting needles. The sham treatment solely focused on the dorsal and lumbar regions.

In both groups, each patient received 20-minute-long treatments, every week for nine weeks.  During the trial, the patients continued taking any prescription drugs they were already using.

The participants completed questionnaires rating various conditions — like depression, levels of pain, and the overall impact of fibromyalgia on their lives.

Tailored versus Sham Acupuncture in Fibromyalgia

In addition, anxiety, fatigue, and depression were considerably better at the 10-week mark for the tailored acupuncture group.  Additionally, the side effects of the acupuncture treatments were few and mild.

The researchers noted how the tailored acupuncture treatment improved the participants’ condition.

“This treatment produced an improvement in the participants’ condition, reflected by a reduction in pain intensity and enhanced functional capacity and quality of life after the intervention and during the follow up period.”

The researcher concluded their study suggesting that tailored acupuncture may be a viable treatment for fibromyalgia.

“Individualised acupuncture treatment in primary care in patients with fibromyalgia proved efficacious in terms of pain relief, compared with placebo treatment. The effect persisted at 1 year, and its side effects were mild and infrequent. Therefore, the use of individualised acupuncture in patients with fibromyalgia is recommended.”

The original research paper titled, “Acupuncture for fibromyalgia in primary care: a randomised controlled trial,” was published in Acupuncture in Medicine, a BMJ journal.