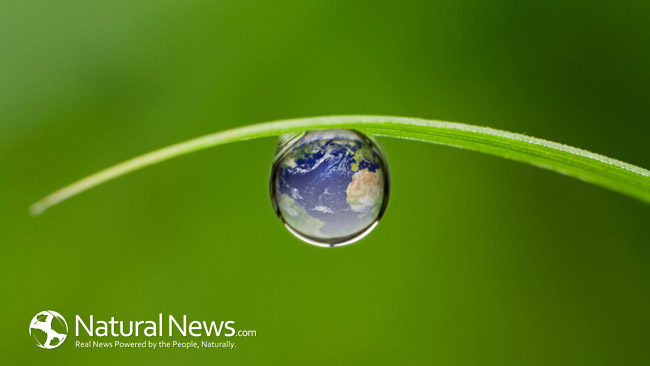 The latest report by the Gerardo Ceballos from the Universidad Nacional Autónoma de México and and Paul R. Ehrlich from Stanford University et al, which came out late last week outlines modern humans are now responsible for accelerated species loss. This heralds the era of the “sixth mass extinction.” The report details the rate of extinction for species in the 20th century is up to 100 times higher than it would have been without man’s impact. The scientists who conducted the research and have been careful to be conservative. The real rate may be many times higher.

The Guardian was one of the few media outlets to cover the story stating that that the scientists have been deliberately conservative – they’re well aware of the dangers of crying wolf on a topic of such importance, and where passions run so high. For a start, they limit themselves to the best-studied group of organisms, the vertebrates. Then, they take a high estimate of background extinctions to compare with, to make the modern figures as undramatic as possible. And then, they either consider only those animals known to be extinct (the “highly conservative” scenario), or they add in those extinctions in the wild that are likely to have happened, but are not yet verified.(1)

This means we have already most probably lost thousands of species we weren’t even aware of and will most likely never know existed. With humanity using more resources in the last fifty years than all previous civilizations before us, it shouldn’t really come as any surprise we are entering an era of mass extinction, should it! For those who mix in environmental circles this is old news. For the mainstream many will be surprised as they go about eating their genetically modified corn chips, slurping down copious amounts of sugar and scoffing back beef burgers like there is no tomorrow.

The challenge with undertaking such a study is in that it is hard to determine with any certainty just how many species exist or have existed. Trying to audit the diversity of life on the planet is a little bit harder than undertaking an stock take or audit at your local hardware store. While determining the baseline of earth’s life is difficult, the study authored by experts at Stanford University, Princeton University and the University of California, Berkeley, suggests that humans are responsible for species loss that last occurred 66 million years ago when the dinosaurs roamed the planet. The study suggested that we may be one of the first cabs off the rank when it comes to extinction!

After reading this report I thought I would go a quick Google search to see how much coverage the study received in the mainstream media. Not surprisingly there weren’t many mainstream outlets covering the story. Sure there was the odd article on a few mainstream sites, it seemed however that much of the coverage was on alternative news sites or niched science or sustainability sites. For such as an important story you would have thought there would have been more coverage and awareness being generated by such distressing news. Surely this would raise questions and concerns throughout the media for weeks if not months!

Out of interest I did a quick search on some of the major national media outlets across the globe a few days after the article broke. Some of the main stories on the sites I researched included: property prices, celebrity romances, sports coverage, political trite, some nutter gunman and a heap of nonsense about Greece. As we sit on the verge of major ecological disaster it seems we are worried about some weird stuff. It appears humanity prefers to distracted by somewhat trivial and inconsequential matters, as opposed taking an interest in and understanding how we are systematically destroying and undermining the very systems which provide for and ensure our  existence.

In a strange almost coincidental and timely manner I received an email from a filmmaker friend of mine today. The email read, “I have decided to stop making environmental activist documentaries, not because I no longer care, but because I have been asked the question “aren’t you just preaching to the converted?” too many times. And the answer is yes, for the most part I am just preaching to the converted. Everything has a market, including being green, if I made a documentary about fishing it will mainly appeal to people interested in fishing, and environmental films mainly appeal to environmentalist.” Peter Charles Downey is both a filmmaker and composer and has made some great environmental documentaries such as Anima Mundi (soul of the world), United Natures and his latest effort Surviving Earth.

Peter’s email got me thinking, he is of course right, everything does have a market. It seems there are those who have an interest in being green and sustaining the planet and then there are those who put self interest and vested interests above nature and the planet. Then there are those who are ignorant and wilfully blind. His latest film, Surviving Earth is a compelling look at some of the challenges humanity faces. After making a number of  alternative styled eco films Peter decided to ensemble a high profile and well respected cast for his latest film. His documentary featured Bindi Irwin (daughter of legendary Steve Irwin, AKA Crocodile Hunter) who talked about uncontrolled population growth and the wildlife issues, Professor Tim Flannery, who wrote the bestselling books, The Weather Makers and The Future Eaters. Also making an appearance is Ian Dunlop who is a ex oil and gas executive. Dunlop has been vocal in relation to both climate change and resource depletion, more recently vying for a position on the board of the mining giant BHP. He wanted to get a board position to make a difference and turn the ship around into more sustainable waters. Then there is  David Holmgren who helped develop the concept and system of permaculture in conjunction with Bill Mollison back in the 1970’s. As well as numerous other highly regarded individuals, scientists and engineers, Paul Ehrlich, one of the authors of Six Mass Extinction study, features prominently throughout Peter’s film.

The message of Peter’s film is relevant to the study. The film’s theme of human induced resource depletion, environmental degradation and climate change are relevant to us all and are inextricably related to the Sixth Mass Extinction. As Downey puts it, “we need to prevent humanity from killing itself by killing our host, mother earth.”

So where am I going with all this you might be wondering? Late last year I decided to host a screening of Surviving Earth in my local area. We ended up getting a good little turnout for the night. Some of the organizers handed out flyers to local schools to raise some awareness. On screening the film a few teenagers whom attended the film night came up to me after the film and asked me some questions. It was clear this documentary, Surviving Earth, had a profound effect on these kids. They asked me, why aren’t they showing this kind of stuff in schools and on television? Why aren’t we aware of this stuff? They were clearly concerned and unaware of such important issues. I had to explain to them that under the current propaganda model of media ownership and corporate control it is difficult for important stories like this to get out into the mainstream.  The advertising dollar is rooted in self interest and corporate greed and ensuring the status quo. These issues will never be screened in the mainstream or garner much attention from the  ‘presstitutes’  which bow to the propaganda model. It simply will scare the shit out of advertisers and jeopardize advertising revenues.

Hence, this is why the alternative media like Natural News is crucial in helping turn around this ship and stopping the Sixth Mass Extinction. Those kids that saw the documentary would have told their friends and who knows they may go onto be great leaders. There are many inspirational, passionate and dedicated people like Peter out there doing their bit to help change the world and stop this extinction. It is only possible with your help though. I urge you, the world needs people like Peter Charles Downey and Mike Adams for that matter, pushing the envelope, getting people to think and move outside their comfort zone. That night I saw the terror in those kids faces of a harsh reality that they were completely unaware of the impending challenges. Please share these stories with your friends, relatives and the ‘unconverted’ because you never know, they might just be asleep and need a wake up call…

Article by Andrew Martin author or Rethink…Your world, Your future.