Superfoods vs. Non-Superfoods: The Difference 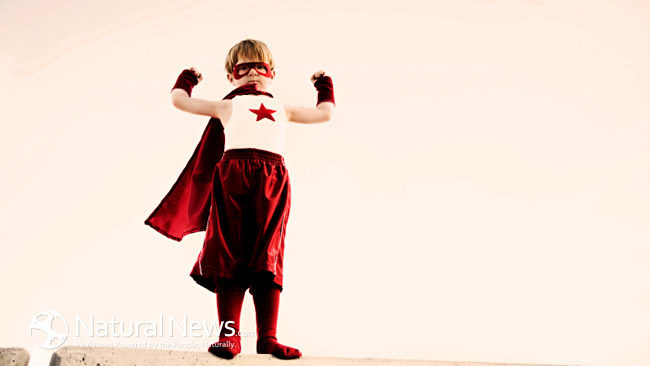 The rise in numbers and strength of the natural health community has been a force for positive change in recent years, alerting people to the dangers of pharmaceutical drugs, needless surgical procedures, and contamination of the food supply, and conversely bringing awareness to the critical nature of nutrition and detoxification for sustained health and disease treatment and prevention.  Arguably at the heart of this movement have been superfoods—formerly little-known, hard-to-find foods with such a wide range and high density of nutrients as to make other foods, including everyday fruits and vegetables, almost unnecessary from a nutritional point of view.

This fluff is the attachment of the word “superfood” to nearly any food with health benefits, regardless of its nutritional density, though mostly commonly fruits and vegetables.  That really means any food in its natural, unprocessed, organic form, so I’ve even seen beans, cucumbers and apples called superfoods.  Calling these superfoods is really doing injustice to the true superfoods of the world.  While beans, cucumbers and apples have their benefits, no one could sustainably survive almost solely on those alone.  They just don’t have the broad spectrum of nutrients a person needs in the density required when consumed in reasonable amounts.

Every fruit, vegetable, legume, nut, and even grain and meat has its benefits, some uniquely so, and it’s commendable to tout the distinct benefits of various foods when most people might overlook them, like the lycopene in tomatoes.  But to confuse people into thinking all of these can be termed “superfoods” causes the term itself to lose all meaning.  If those are all superfoods, what isn’t a superfood?  Just processed, GMO, chemically-laced foods?  Shouldn’t there be some form of differentiation among natural foods to clarify which have greater health benefits than others?

Calling just any natural food a superfood has diluted the meaning of the term, and turned many people away from the extraordinary benefits that can only be found through the consumption of true superfoods, or freshly made juices (eating a stalk of celery is far different from drinking a glass of freshly juiced celery, though of course, a glass of fresh juice requires a large amount of celery to get a nutritional benefit comparable to a small amount of say spirulina).  For natural healthcare to enjoy sustained credibility as a whole, there need to be clearer lines drawn between which foods constitute “superfoods” and which constitute non-superfoods.  Pumpkin might be great, sure, and provide a host of vitamins and minerals, but a superfood?  I would be hard-pressed to find any study proving pumpkin has a nutritional density even a tenth that of marine phytoplankton or bee pollen.  Nothing against pumpkin, and individuals with certain conditions might especially benefit from pumpkin consumption, but I don’t think pumpkin is in any way super.

This applies to a host of other foods.  Beets are not superfoods.  Carrots are not superfoods,  Almonds are not superfoods.  All these foods have notable health benefits, but to put them in the same category as real superfoods like wheatgrass, royal jelly, barley grass, and chlorella only serves to confuse and jade people and make the term “superfood” a synonym for just any natural, organic, unprocessed food substance.  It can cause people still hooked on the standard American diet to be dismissive of the natural healthcare, since they might not necessarily feel an immediate benefit from eating a salad, whereas if they were to consume some real superfoods, they might begin to think differently.

So what is a superfood?  A real superfood is marked not only by the breadth of nutrients it provides, but by the high density of their concentration—enough where just several tablespoons alone per day is more than enough to exceed the average person’s daily nutritional requirements, though more of course is better.  These need to be highlighted and kept in a class of their own.  Strawberries, pumpkins, or cabbage simply do not compare.

The major superfoods that provide the broadest and densest spectrum of nutrients are the following:

A second class of superfoods have not as wide a range of nutrients, but wide nonetheless, and the nutrients they do offer occur in remarkable density, resulting in nutritional profiles that tower over conventional organic fruits and vegetables, among other foods.  Cacao, for example, has more than 15 times the antioxidants of green tea and red wine, two well-known health substances that while extremely beneficial, are not quite at the level of a food like cacao.  Also notably, foods in this second class of superfoods tend to offer certain powerful nutrients that are difficult to find in most other foods.  Mangosteen fruits, for instance, are full of xanthones, a form of polyphenol compounds, the majority of which exist in only two families of higher plants.  Of the 200 types of xanthones discovered thus far, 40 are concentrated in the mangosteen alone.  Xanthones have been found to have antitumor, antiplatelet, antituberculotic, anti-inflammatory, antiallergic and anti-convulsant properties, making the mangosteen fruit a food with such remarkable medicinal qualities as to merit being called a superfood.  The major foods in this second class of superfoods are the following:

Beyond that, there are so called “superherbs” that do not necessarily provide the nutritional density needed on a regular basis, but offer distinct nutrients that address specific aspects of health, often in dramatically effective ways.  Among these are medicinal mushrooms, ginseng, gynostemma, and shilajit.

Of course there are other foods that can be of tremendous value, like coconut oil, which has been found to be an effective tool in the treatment of Alzheimer’s disease, but the benefits of these foods tend to be less in meeting and exceeding nutritional needs on a broad, daily basis than in addressing more specific nutritional needs and desires for general well-being or even the treatment of major disease.

Like many of you, I have been involved in natural healthcare for a number of years, and while I am excited about the greater acceptance of this knowledge in the mainstream, I don’t want to see its core tenets diluted as things so often do when information spreads.