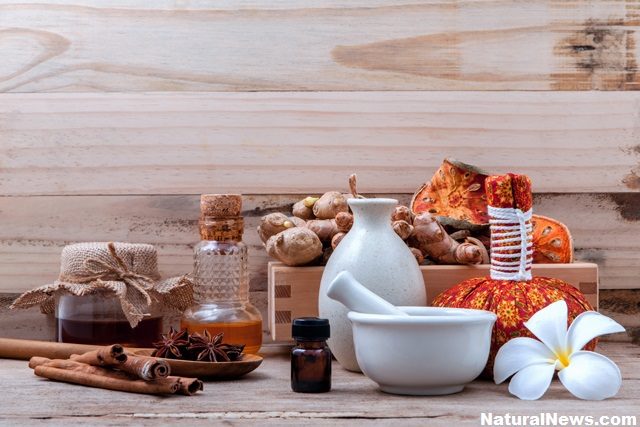 I have struggled with very mild skin issues my entire life. These skin problems have included severe poison ivy outbreaks in the summer time, responding only to 7 days of oral steroid treatment. I also experienced mild cases of eczema which would come and go.

While in the more distant past I would often seek counsel from a dermatologist who usually prescribed steroid creams to suppress my symptoms, more recently I sought help from my holistic physician. My alternative doctor explained to me that eczema is a signal of an internal imbalance or infection, which my body was trying to eliminate through my skin, the largest organ for detoxification. I felt better addressing and treating the underlying cause, rather than only treating the symptom. Beginning in the Spring of 2008, with the onset of a serious family health crisis, I had begun embracing, seeking and learning about alternative medicine and preferred this approach in resolving most health issues.

In the summer of 2016 I developed more serious eczema which didn’t go away on its own. I saw my alternative doctor expecting that the treatment would be successful as it had been in the past with my milder eczema bouts. I used a round of parasite medication and other remedies,  addressing internal imbalance as I had done before. After 6 months of taking various medications, including prescription, homeopathic and herbal, which were based on my meridian assessment, and experiencing no improvement, I decided it was time to move on.

More out of curiosity, I saw my PCP and a dermatologist for my eczema, which blistered and covered my right calf for the entire summer. I was told that eczema is an autoimmune disorder with no known cause. Treatments included steroids as a first line of treatment, along with anti-itch medications. A secondary stronger treatment recommendation included the powerful suppressing IV drug Remicaid, a medication also used for inflammatory bowel disease and other autoimmune disorders.

I was desperate to get relief, so I did try a round of prescription steroid creams, which did successfully suppress my symptoms and heal my skin, but as soon as I stopped the cream, the eczema came back even stronger. I knew this would not be my answer, although I desperately wanted a quick fix by this time. I refused to get the steroid shot, recommended by both doctors.

I knew that a diagnosis of an autoimmune disorder meant that my body was toxic and fighting an imbalance in my gut most likely, as well as elsewhere. I had been trying to eliminate my heavy metal load for several years using DMSA, both oral and IV,  with little success as measured by my steady mercury levels detected through urine chelation challenge testing. I made the common mistake of vaccinating for several years, which is a dangerous source of heavy metals and other toxins. I also had a mercury filling the majority of my life, stemming from a childhood cavity, which was only recently removed.

I did an intensive internet search looking at my favorite trusted health sources. I read some success stories on eliminating eczema using natural approaches, which gave me the necessary hope to carry on in my search and efforts. I found Josh Axe’s book Eat Dirt to be helpful. Interestingly, he also suffered from eczema, although a milder case than mine and he shared his experience in his book.

My 2nd Effort to Eliminate Eczema

As a second serious effort to eradicate my eczema and rebalance my body, I simultaneously consulted with two functional medicine doctors, one trained as a medical doctor and another as a chiropractor. Their testing and treatments overlapped somewhat. They both used Genova diagnostic’s  GI Effects Stool test to check on my gut health. My testing showed an overgrowth of bad bacteria and some digestive issues. I eat a very clean diet, so was disappointed by these results, but I also know that metal toxicity can disrupt everything including gut and immune functioning.

I proceeded to take various anti-bacterials, both prescription and herbs, to address the overgrowth of bad bacteria, along with digestive enzymes and detox supplements.

I supplemented these with consumption of Betonite clay and probiotics. I also tried to juice vegetables daily, including carrots, celery, kale, spinach, broccoli and apples. Juicing is known as a powerful immune booster and detoxifier.

My eczema actually worsened for the next two months, spreading to my chest and underarm area with no relief in sight. I was in so much discomfort that I again felt the need to jump ship and try another approach. I was disappointed with my wasted time and money spent on all of my failed protocols up to this point.

Functional medicine can be very helpful, but a major frustration is that this is a new area of practice and most practitioners are still learning and lack years of practical experience and success. Some are more successful than others, but for so many this is a trial and error practice, for both practitioners and patients. Insurance often covers the diagnostic testing, but not often the doctor’s visits and never the supplements. I was fortunate that the MD I was seeing did accept my insurance at the time I was seeing her. Most functional medicine doctors do not accept health insurance, and if so only as out of network providers.

At about the same time that I began working with the 2 functional medicine doctors, I decided to get serious about my diet, by starting a stricter anti-inflammatory diet. For several months, I gave up eating all sugars (organic raw honey, maple syrup, cane and coconut sugars), gluten and dairy which are all considered inflammatory and hard to digest. I also eliminated most fruits with the exception of minimal amounts of low sugar fruits like organic berries and apples. I only gave up raw milk kefir for a short period of time and added back goat cheese after a few weeks. I am continuing to avoid gluten for now, but since my recent success I have loosened up my dietary restrictions. I only ate occasional organic sprouted or true sour dough bread in the past.

Final Effort and Success in my Eczema Treatment

I consulted next with a fully trained and experienced Chinese medicine physician. I started initially with acupuncture and cupping three times per week.  I also began taking various Chinese herbal remedies, as prescribed. The Chinese physician independently diagnosed me with having underlying gut issues and her treatments addressed these. The fantastic thing about Chinese medicine is that they have a 5,000 year history of successful treatments. The major downfall is that it is not commonly practiced in the United States and like functional medicine is mostly not covered by insurance. I am fortunate to have a Chinese doctor close by. Chinese medicine addresses underlying causes of illnesses and aims to rebalance the body in order to restore health.

For the first time, I noticed some improvement in my eczema, very slow at first, but after one month I felt better. I required several more months of Chinese herbs and acupuncture for my “incurable” eczema to resolve, but it did disappear. My acupuncture and cupping treatments lessened from three times weekly, to two times weekly, then once weekly, to bi-weekly. I am taking herbs only once daily now compared to three times per day. It has been around 6 months since I began Chinese medicine treatment. I did purchase a cupping kit and cupped daily at home between treatments for several months.

My Personal Health and Detox Protocol

I followed my own detox protocols including digesting 1 -2 teaspoons of Betonite clay, taking Epsom salt baths and vegetable juicing. This occurred daily during the height of my eczema, although I was not always able to take a bath depending on my symptoms. I now follow this protocol 1-2 times per week. I also take cilantro and chlorella 1-2 times daily to try and detoxify my heavy metals. I take 1 capful of Orthomolecular’s Glutashield which is important for healing the gut, along with milk thistle, a good liver detoxifier.

I eat a nutrient dense diet, following the principals of the Weston Price Foundation. This includes homemade kombucha and raw milk kefir, along with raw sauerkraut. These are all good sources of probiotics.

During the last several months, as stated earlier, I also implemented an anti-inflammatory diet, so followed a strict no sugar, gluten free and dairy free diet for several months. I did allow raw milk kefir and goat cheese. More recently I have added minimal sugars in the form of fruits, some homemade gluten free baked goods and ice cream, mostly made with raw cream and milk.

Life can be stressful and that’s a reality for all of us. I try and use the same strategies which I recommend for my clients. I make it a priority to get good sleep, sunlight, and exercise on a daily basis, along with earthing as much as possible. I try and slow down and spend time relaxing and visiting with friends and family. Lastly, I try and maintain a positive attitude.

Protocols which did Not Help Me

I tried using several high quality essential oils to try and get relief from my eczema symptoms and found none to be helpful. That doesn’t mean it won’t help someone else and I do successfully use peppermint oil for headaches, along with others.

Eczema is considered an incurable disease with unknown causes by Western allopathic medicine with steroids and other suppressing drugs being a primary treatment. Steroids work to suppress the immune system, which can provide temporary or more lasting symptom relief, but which does not address the underlying causes of the disorder.

Alternative and functional medicine approaches treat eczema as a signal that there is an underlying imbalance and cause, commonly one’s gut functioning and an overload of toxins which needs addressing. The skin is a major detoxifier so when skin erupts in a rash the body is attempting to eliminate toxins. These approaches work to rebalance one’s gut health and detoxify one’s body of toxins and heavy metals. After the body is rebalanced, eczema can be resolved.

There is no one approach which will work for everyone, but trial and error with alternative approaches can succeed. If one can access traditional Chinese medicine, they have the best track record in treating eczema, but functional medicine approaches have also benefited many. Using a variety of strategies targeting detoxification and healing one’s gut health, along with dietary changes may be one’s best approach.