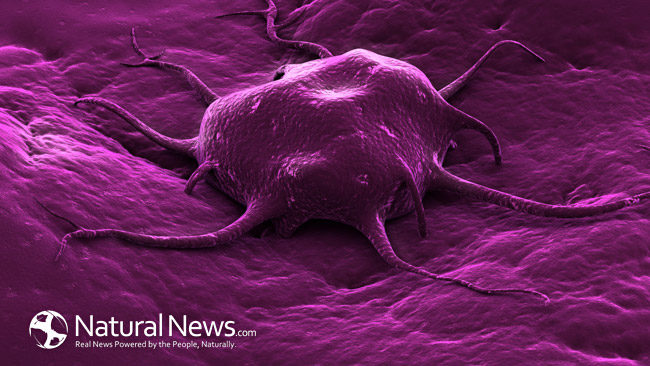 A compound and an enzyme that occur naturally in cruciferous vegetables such as broccoli, cauliflower, watercress, cabbage may actually prevent the relapse of certain cancers by killing cancer stem cells.

When treating cancer with chemotherapy or radiation, the tumor disappears but the cancer stem cells still live. “These cells are frequently resistant to conventional therapies,” Associate professor Moul Dey said.

“These tiny cells are very difficult to detect in a tumor. It’s like finding a needle in a haystack” Dey pointed.

Though cancer stem cells make up less than 5 percent of a tumor, they can regenerate the original tumor and migrate through the blood vessels spreading cancer to secondary locations.

The anti-cancer compound sulforaphane is processed from something called glucoraphanin and myrosinase, which broccoli has in high levels. Watercress and broccoli have compound called  glucosinolates, which are phytochemicals that produce isothiocyanates, which have been great anticancer properties.  These compounds protect against breast, lung, head and neck, and prostate cancer.

When a tumor outgrows its own blood or food supply, it will then send signals to the surrounding tissue to deliver more oxygen and nutrients. Compounds in watercress has been shown to shut off this signal.

The precursor compound and enzyme in cruciferous vegetables combine during the chewing process to produce PEITC within the body.  The study found that sufficient cancer-preventing levels of PEITC can be achieved through diet alone. In petri dish experiments they showed that PEITC had a potent effect on the cancer stem cells, killing 75% within 24 hours.

Reference of article include: