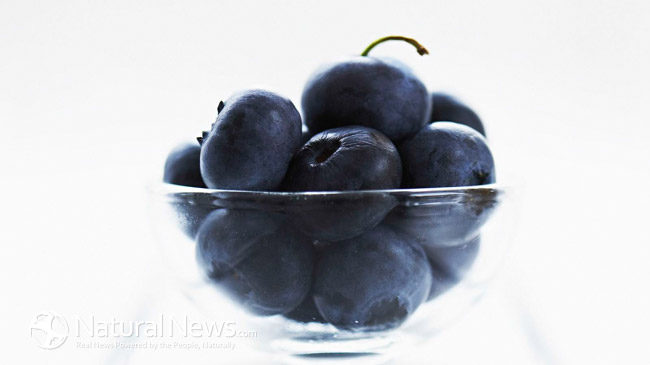 An acute dose of blueberries (300 grams) was associated with an 18% decrease in DNA damage to blood cells due to oxidative stress, according to findings published in Nutrition Research.

Blueberries have a great reputation for being potent antioxidants and for improving metabolic syndrome, but their real benefit, according to new research, is protecting against DNA damage. And this can be seen even after eating one two-cup portion.

The researchers, from the University of Milano, gave 300 grams of ground blueberries to ten adult volunteers (human) or a control jelly in a crossover study design.

The researchers drew blood from the subjects before and after (one and two hours after and 24 hours after) their ingestion of the blueberries. They also conducted the same protocol using the control jam and compared the results.

The researchers found that in just one hour after consuming the ground blueberries, their cellular DNA damage – related to hydrogen peroxide – was reduced by 18% when compared to the control jelly.

The data – confirming other studies – showed that the protection to the cells were related to their antioxidant potential. The researchers stated in their conclusion that, “one portion of blueberries seems sufficient to improve cell antioxidant defense against DNA damage.”

This ability of blueberries to protect cells from damage from free radicals has been seen in other studies, including those showing blueberries benefit memory and may help stave off Alzheimer’s disease.

Other research has determined that blueberries can improve immunity and reduce metabolic syndrome-related issues.

The Milan-based scientists recruited ten young volunteers to participate in their randomized cross-over trial. The participants were asked to consume either 300 grams of ground blueberries or one portion of a control jelly.

Blood samples were taken before and 1, 2 and 24 hours after ingestion, and used to test for H2O2-induced DNA damage, anthocyanin absorption, and NO levels. Arterial function was also measured.

Results showed that one hour after consuming the ground blueberries H2O2-induced DNA damage was reduced by 18%, compared to control. The effects were transient, however, and no effects were observed 2 and 24 hours after consumption, said the researchers.

No effects were observed on arterial function and nitric oxide levels, they added.

“Our results suggest that blueberries did not produce any short-term protective effects in healthy subjects with uncompromised vascular function but we cannot exclude that improvements in the vascular function occur at later time points than 1 hour after a single [serving of blueberries].

“In addition, regular blueberry intake may protect against the development of vascular dysfunction in patients with cardiovascular risk factors.”

In another study from Appalachian State University, 12 human subjects were given 250 grams of blueberries a day while 13 others acted as controls. After six weeks the researchers found that the blueberry group had significantly higher natural killer cell counts – a sign of increased immunity.

In a study from Oklahoma State University of 48 people with metabolic syndrome were given either 400 grams of blueberries a day or not. The blueberry group had significantly lower LDL-cholesterol levels and reduced symptoms of metabolic disease otherwise.

Blueberries contain judicious quantities of a special category of phyronutrients called anthocyanins. These include cyanidins, delphinidins, malvidins, pelargonidins and peonidins. Anthocyanins are significantly antioxidant and they help protect the cells from the damaging effects of free radicals.

7 Natural pain relievers that same powerful as drugs, with no side effects