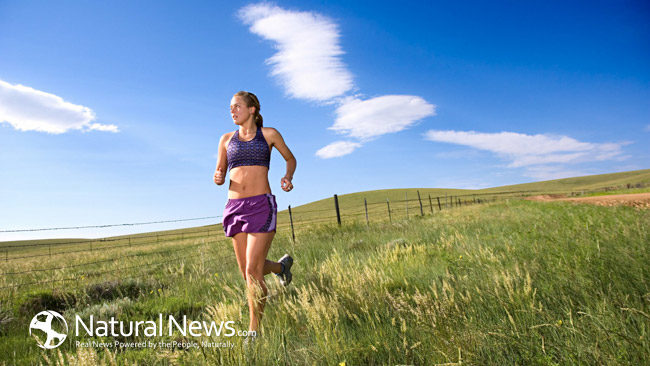 Have five minutes? Consider taking a run during that brief time to boost health.

According to a recent study in which over 55,000 adults were monitored for 15 years, it was found that the health benefits of running for five minutes had benefits on par with running for 30 minutes every day at hard speed.(1) In fact, those running a six-minute mile or those who run a little over two hours per week don’t live significantly longer than those who run as little as five minutes daily at a slow pace.(2)

However, experts aren’t suggesting that runners should cut back based on this “less is more” notion. Instead, they are looking at this study as an urging for couch potatoes to engage in activity, since five minutes worth of running has been shown to be beneficial.(1)

Runners less likely to die from any cause than non-runners

The findings also note that running has health benefits even for overweight smokers; people with this lifestyle who ran were less likely to die prematurely than people who did not run, regardless of smoking habits or weight.(2)

Timothy Church, a professor at the Pennington Institute who co-authored the study, says, “We’re not talking about training for a marathon or even for a 5-kilometer race. Most people can fit in five minutes a day of running no matter how busy they are, and the benefits in terms of mortality are remarkable.”(2)

Health benefits of running are numerous, include weight loss

While there are those who don’t advise running, mostly citing its detrimental impact on joints, advocates note that joint damage and osteoarthritis is not due so much to the act of running, but rather, that it’s a matter of body weight. According to a National Health and Nutrition Examination Survey, obese women had about four times the risk of knee osteoarthritis than non-obese women and men had five times the risk.(3)

The benefits of running include improved mood, weight loss or weight maintenance, and reduced incidences of cancers such as colon and breast cancer.(3)

When it comes to weight loss, running’s powerful effects are still in place even when a person is at rest; calories continue to burn even after a run.(4) Furthermore, compared to walking, the calories burned while running lead to 90 percent more weight loss.(4)

“Nothing beats that feeling when you settle into a strong stride with a powerful rhythm,” says Brooke Stevens, who ran the New York City marathon four times. “The tension in my neck, back, and shoulders starts to loosen up, and I can think more clearly too.”(3)

The study that assessed the 55,000-plus individuals has been published in The Journal of the American College of Cardiology, and was based on research from experts at a variety of institutions including Iowa State University, the University of South Carolina, and the Pennington Biomedical Research Center in Baton Rouge, Louisiana., who utilized information from a database at the Cooper Clinic and Cooper Institute in Dallas.(1)