Study Finds that Meditation Could be a Solution for Back Pain 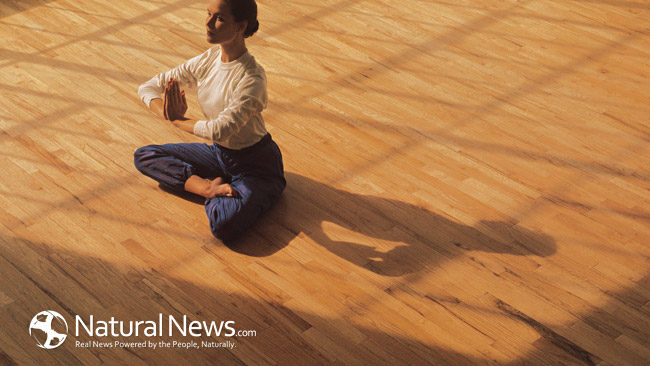 For those who suffer with back pain, the effects can be life changing. According to Bone and Joint Burden and BBC news, one in thirty working-age adults in the US are limited by or unable to work at all because of back problems, while more than 11m working days are lost in the UK every year due to the issue. This means that, as well as the significant personal ramifications, back problems also have a profound effect on the economy.

The findings of a new study concerning mindfulness and back pain could have a positive impact on this problem. This study, led by Dr Natalia Morone, has found that mindfulness meditation may provide pain relief for people who live with chronic back pain. While helping alleviate the suffering associated with back pain, this could have wider implications concerning people’s ability to work, and the amount of sick days lost to this serious problem.

Traditionally associated with relieving emotional problems such as stress and anxiety, Dr Natalia Morone considered that most people “would not typically think [that mindfulness] could actually reduce pain or lead them to have less interference during their day-to-day activities”. Conducting the study with 282 older people with an average age of 74 years-old (all of whom suffer with chronic lower back pain) Dr Morone and her colleagues split the seniors into two groups.

One group was enrolled in a two-month mindfulness meditation course, learning meditation methods for the first time and participating in mindful stretching, while the others took part in a two-month healthy ageing education program. Both then had monthly sessions for the next six months. While 37% of the control group thought their pain has eased after the 8-week program, in the mindfulness group 80% of participants reported an improvement in their symptoms.

This trend continued even after six months, with 46% of those who didn’t meditate describing a reduction in their pain compared to 76% of those who did. Both groups matched each other for physical function improvements, and in “pain self-efficacy” (the standard measurement of pain control) the mindfulness group was ahead immediately after the course, but the difference disappeared after six months.

For those who wish to cope with their back pain without surgery or medication, this study demonstrates that mindfulness may be a viable alternative that helps them live with their condition. Furthermore, for back pain which is only just bearable with medication, or cannot be solved surgically, mindfulness can become part of an overall self-care strategy that makes the chronic nature of this pain more manageable.

This study also opens up new possibilities in pain therapy. Combined with other methods designed to reduce pain, such as an appropriate exercise program, mindfulness could help people live more fully and happily. For those of working age, it could even allow them to return to work if they feel this would be helpful for them, reducing the economic cost of chronic back problems.

Back pain affects 65 million Americans, and is the second most common reason for doctor’s visits. This means that the most significant impact of these findings could be the lessening of suffering for huge amounts of people. Every new option available that could free people from chronic pain offers new opportunities for a happier life, helping those who may have been severely limited by their condition.

This post was written by Will Williams Meditation- providing meditation classes in London to help with chronic pain.