Study Casts Doubt On The Efficacy Of Mammograms 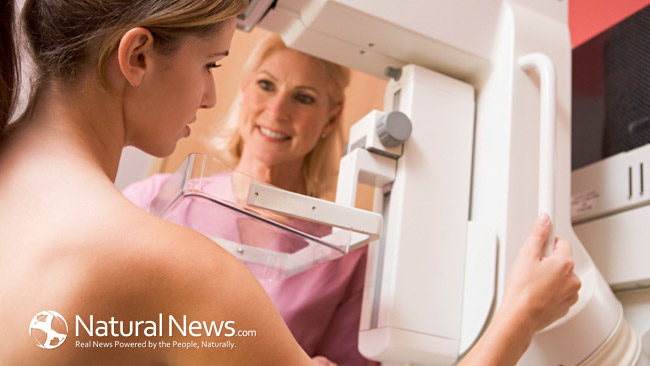 Healthcare today and the treatment we receive, is often dictated by what the insurance companies will and will not cover.  In our current age of “Obamacare” or as many call it “Obama Couldn’t Care Less,” many of us are paying more for health insurance with less coverage and without being able to keep our doctors.  Perhaps the American people would have been better served, if the President focused more on authorizing our doctors to make the medical decisions as to treatment and testing, instead of insurance company adjustors.  One reason mammography is used today for breast cancer detection, is because that is what insurance companies will cover.  Insurance companies in general, will not cover alternative diagnostics such as radiation free thermograms and MRI’s and accordingly these methods are usually not utilized.  This flaw in our healthcare system has been illuminated by a recent Swiss study bringing mammograms into question.

The Swiss Medical Board (SMB) claims that their findings reveal that mammograms save only one or two lives out of 1,000 and that the detriments may outweigh the benefits.  According to the SMB, “The mortality rate from breast cancer can be reduced slightly by means of the screening… (but) this desirable effect is offset by the undesirable effects.  Specifically, with about 100 of 1,000 women with screening, erroneous results are produced.”

The SMB maintains that mammogram usage is based on outdated clinical trials conducted from 1963 to 1991, that the benefits do not clearly outweigh the harms of unnecessary radiation, chemotherapy, surgery, false positives et al., and that women perceive the benefits of mammography to be far greater  than the actual data supports.  The SMB in conclusion, recommended against the implementation of any new systematic mammography screening programs and called for a time limit on the existing system in place.

When it comes to breast cancer detection, all credible diagnostic tools possible should be made available.  Detection and treatment should be based on current and reliable data, so that a woman can make an informed decision based in part on a quality recommendation of a medical doctor.  A woman’s choice should not be limited or mandated by non-medical personnel at an insurance company.  Health insurance should not be just a numbers game to see how many “insured people” we can put up on the board.  Health insurance should be about quality healthcare that actually safeguards our health and preserves our choices to that end.  After all Mr. President, isn’t that what we are paying for?